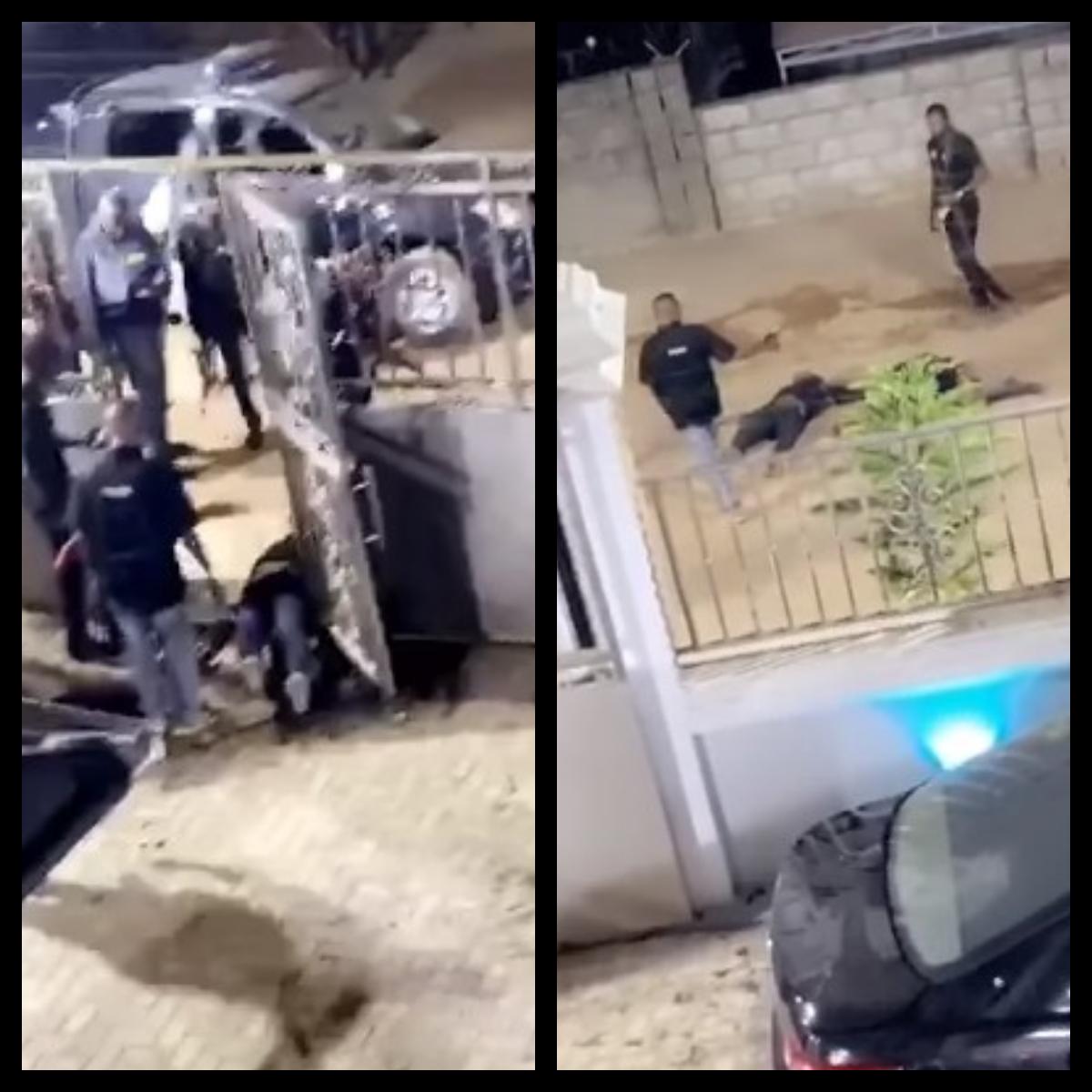 Four Armed Robbers Killed In A House At Lekki

On Wednesday, 22nd April, four armed robbers were shot dead after they went to attack a house in Lekki. However, they met their waterloo as they didn’t know there was a senior police officer around the estate who immediately called for backup.

The Nigeria Police Force took out the men of the underworld and dragged their bodies out of the compound as seen in the video below.

Watch for yourself below.