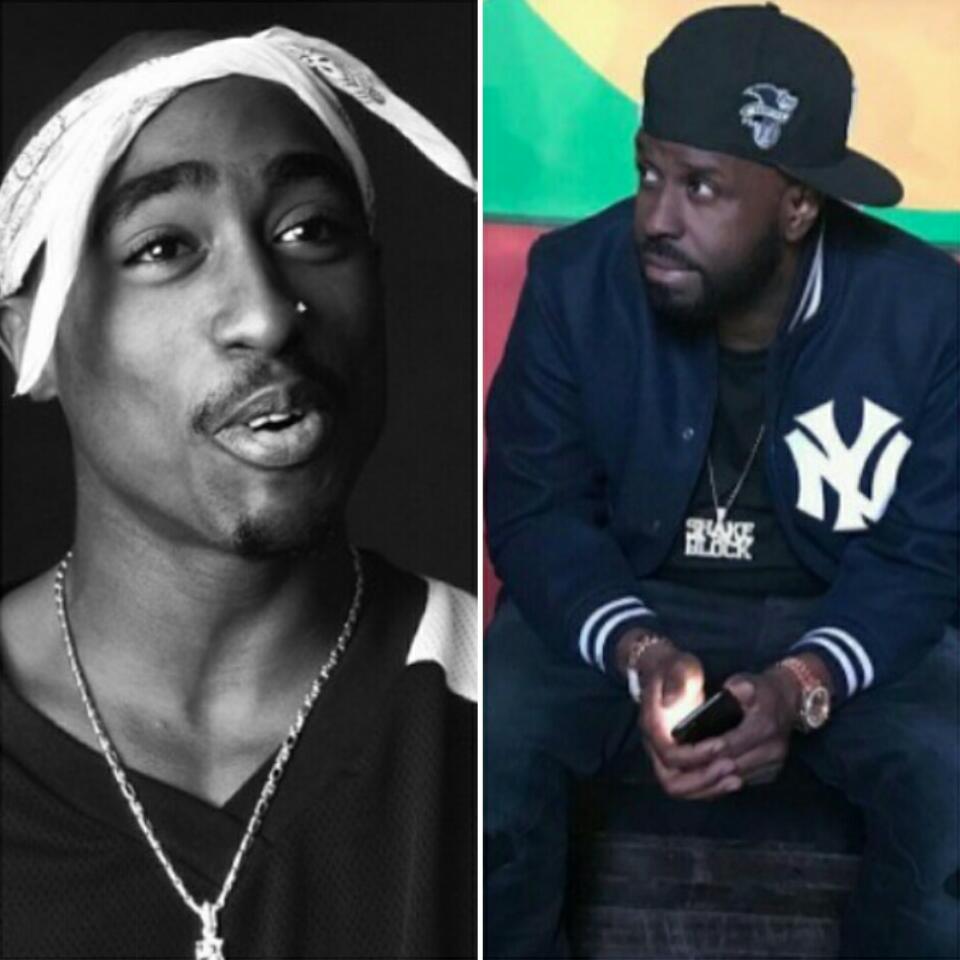 Hot 97 veteran Funkmaster Flex claims Tupac accidentally shot himself in the leg at Quad Studios on Nov. 30, 1994. Even though he was acting like a clown high on carbonated beverages, (LOL) he took to Instagram Live to discuss 2Pac.

According to Flex, the West coast legend was the one who actually shot himself that evening and NOT his enemies. That same night, Biggie and Puff were in the same building. That shooting eventually went on to start one of the biggest beef between the East coast and West coast.

“You Pac fans always talking that talk,” Flex says in the video below. “Cheddar Bob. Came in there, popped himself in the leg. Popped himself first. That’s what happened.”

He continued after he had a laugh,

“He knew who approached him. He had a steel on him, ’cause he knew he had a issue out there, and when get got there, they was just gonna take his jewelry. They didn’t even touch him. He panicked, pulled out the steel, shot himself.”

This isn’t the first time Funkmaster Flex would diss Tupac. While on stage, he once stated that he “don’t fuck with Pac” and “I don’t suck 2Pac’s dick.” He only clarified his comments after The Outlawz released their “Warning Shots” diss track aimed at him. The host then took to his radio show and said:

“Yeah, maybe I should have did it like that or said it there and I didn’t clarify myself when it happened. My bad to his fans who feel like I’m kicking somebody when they’re not here. But when he was here,” Flex told listeners at the time. “‘Pac was pushing out all that negative energy on television and in magazines. I know everybody loves the man and they should love him. But, I don’t have to love him like that. I don’t have to love ‘Pac like that. I don’t. This is just the way I feel.”

I've watched you all shower praises on Rihanna for this outfit but if it's me now all of you will... Kcee Has Called Out Those Who Criticize His Fashion

Entertainment News Today Headlines: Nipsey Hussle Was Set To Play Snoop Dogg In Tupac Biopic, All Eyez On Me

DJ Quik Reminisces About Working With Tupac On “All Eyez On Me”: I Got To Party With Him

Snoop Dogg Asks Tupac And Nate Dogg For Big Nipsey Hussle Favour As He Crosses Over To The Other Side: “Ah Yo Pac Lay It Out For Nip He’s The One”