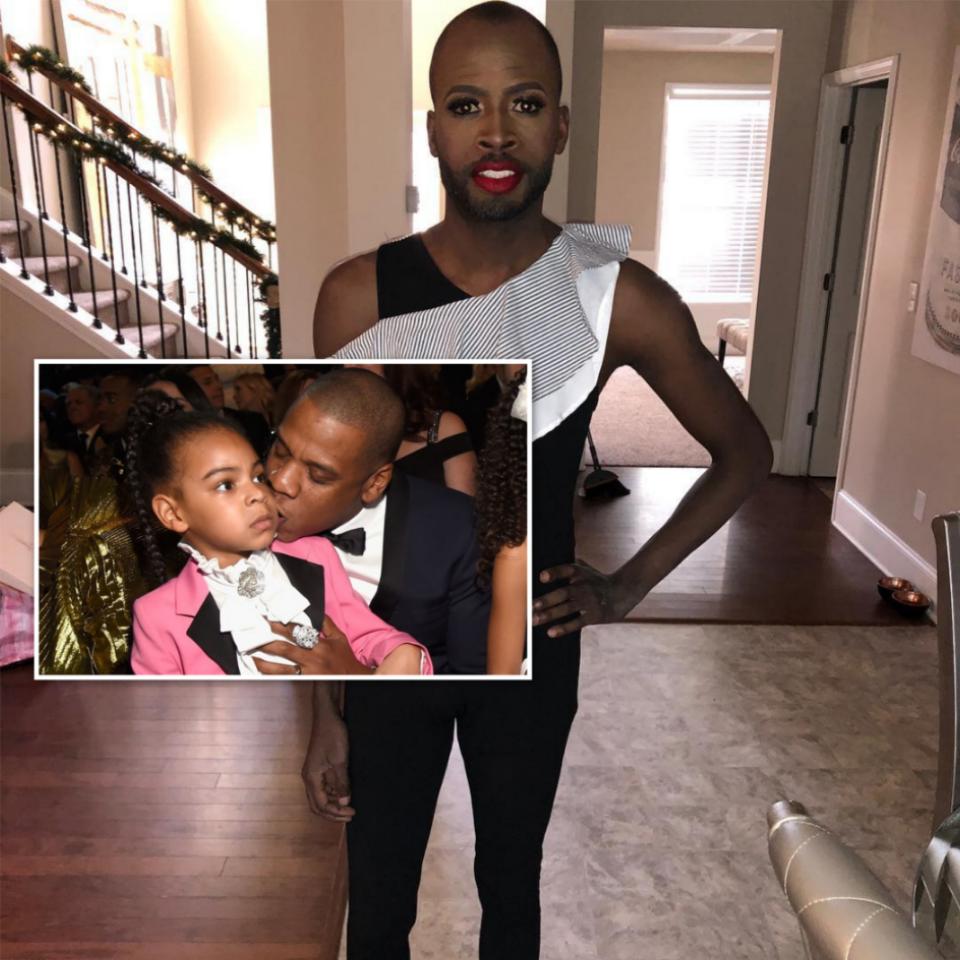 While on TS Madison’s show, The Queen’s Court, guests were taking shots at Jay-Z’s looks. However, Funky Dineva let the moment get to him so he shifted from the rapper to Blue Ivy, 7, calling the child “ugly” like her father.

Funky Dineva has since filmed a video to address the situation and apologize to The Carters as well as their fans after being roasted across social media. In the clip, the comedian accepted that he chose wrong words which he described as “gross” having been “in character”. He also expressed regrets that a “grown ass man” like himself took shots at a “defenseless” child for the sake of a punchline.

READ ALSO:   Meek Mill Told By Son To Get Married, Jay-Z And Beyonce Think The Same Also — "It's Over For The Thots"

“I’m upset with myself. I’ve said some off the wall things before in the name of comedy, and I’ve stood by them all and defended them all, and told the general public, you know, ‘Forget you. You’re just gonna have to be mad.’ But this is one of those things that I’m not proud of. I can’t stand in this one”

“I recognize wholeheartedly that what I did was wrong…Find it in your hearts to forgive me. Hopefully, we can get past this.” He promises to make efforts in the future to be more mindful of his jokes and “be a better wordsmith when it comes to people’s children.”

READ ALSO:   #Clapback: Nicki Minaj Threw Some Shade At Meek Mill After Jay Z Dropped Latest Album But His Response Was So Hard — Lists Everything About Her That Is Fake

Watch the clip below.