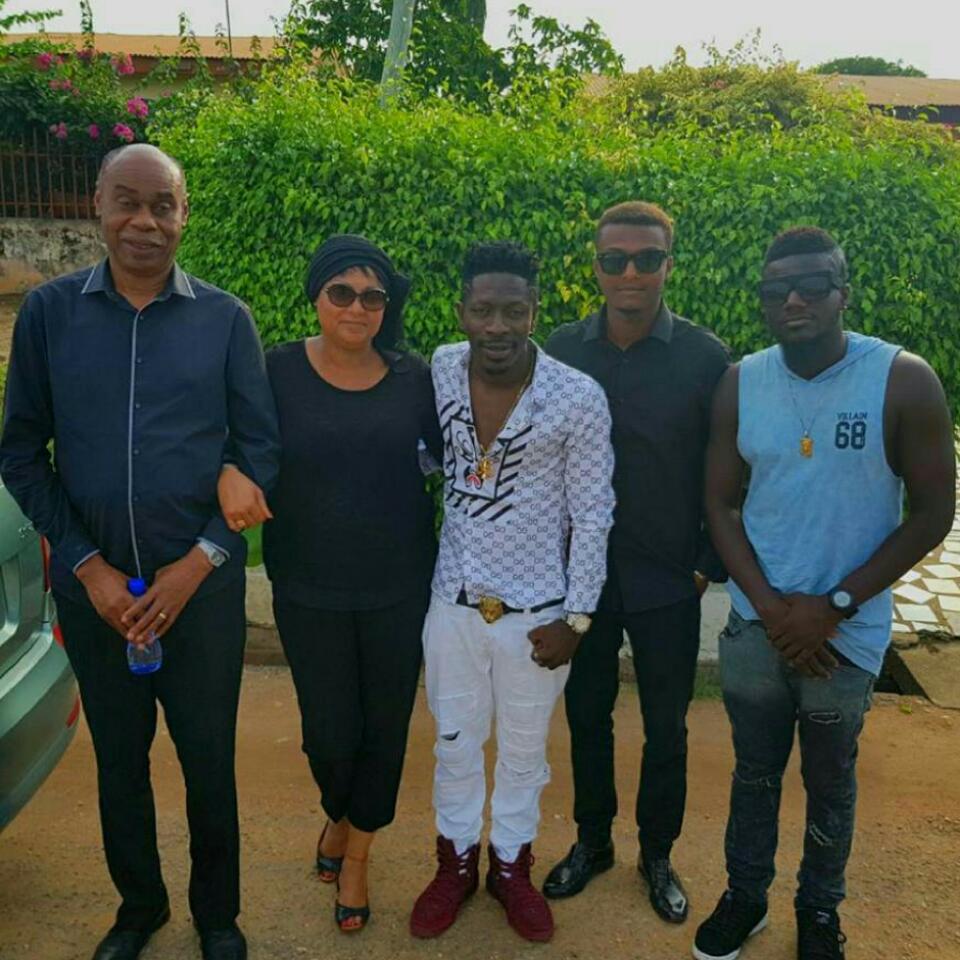 Charles Nii Armah popularly known as Shatta Wale, has visited the family of the lynched Ghanaian soldier, Major Maxwell Mahama. It’s understood that this is his second visit after the murder at Denkyira-Boase in the Upper Denkyira West District of the Central Region.

Shatta Wale has already recorded a tribute song in honour of Major Maxwell Mahama and is spearheading death sentence for the people of Diaso and Denkyira-Boase especially suspects who lynched the soldier.

In a Facebook post, the ‘Taking Over’ hitmaker, said that if the people who lynched the soldier are not found, that the end times of the Lord wil start from Ghana. He wrote:

READ ALSO:   Headlines Today Breaking News: Georgia Mother Faces Multiple Charges After She Dropped Her Child Onto The Pavement During Fight And It Led To Baby’s Death

“I swear if these people who lynched this captain are not found and killed ….Ghana…Ghana i swear the end times of the Lord wil start from here in a Superscary way..Mark this day..#Justice4maxwell”.

During Shatta Wale’s visit to the family of the murdered soldier, he was received by Major Maxwell’s younger brother Michael Mahama, Veronica Bamford his mother and other family members.

READ ALSO:   I Overcame Poverty By Getting Out Of Nigeria And Staying Far Away From Nigerians — Hushpuppi Reveals

“Where our strength runs out, God’s strength begins. Let’s continue praying for this family,” the post accompanying the image of the visit read.