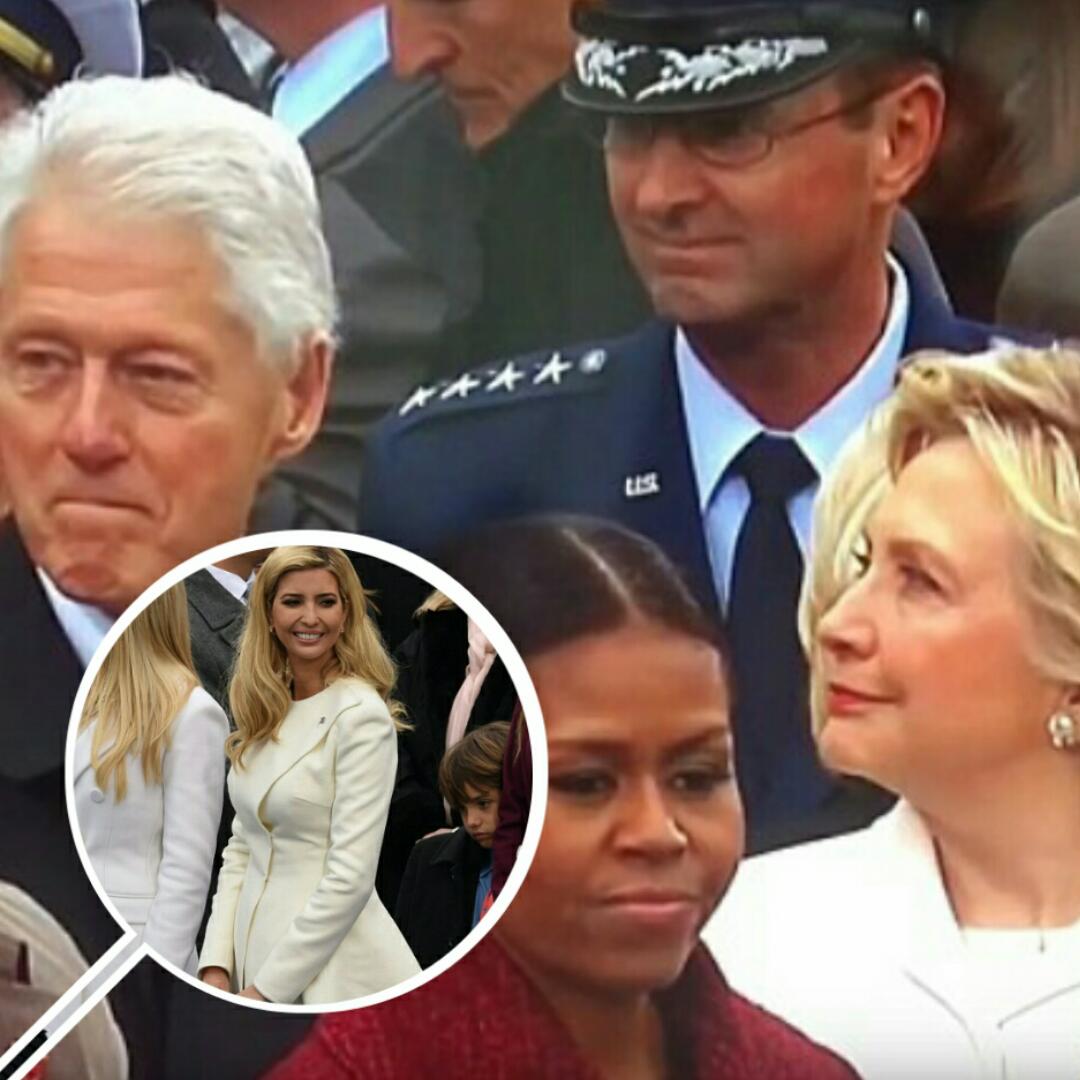 Bill Clinton seems to have caught his fun at the Donald Trump Inauguration. He was caught on camera ‘checking out Ivanka Trump’ until his heartbroken wife Hillary caught him. The former U.S. President appeared to bite down on his lip with approval and then muttered something as he intently watched Ivanka Trump as she arrived at ceremony on Friday.

Hillary Clinton who was laughing alongside Michelle Obama, noticed that her husband Bill wasn’t watching what was happening on stage. His full attention was on Ivanka. Ofcourse Hillary reacted by giving him a long disapproving stare as he continued to watch until finally, the ‘old dog sticking to his old tricks’ finally moved his head an inch as if to just barely acknowledge her.

Well, Hillary Clinton must have seen it all and this act from Bill wouldn’t surprise her. As expected in such situations, the internet came for dear ol’ Bill Clinton.

Watch the viral video below.

Check out some comments below.