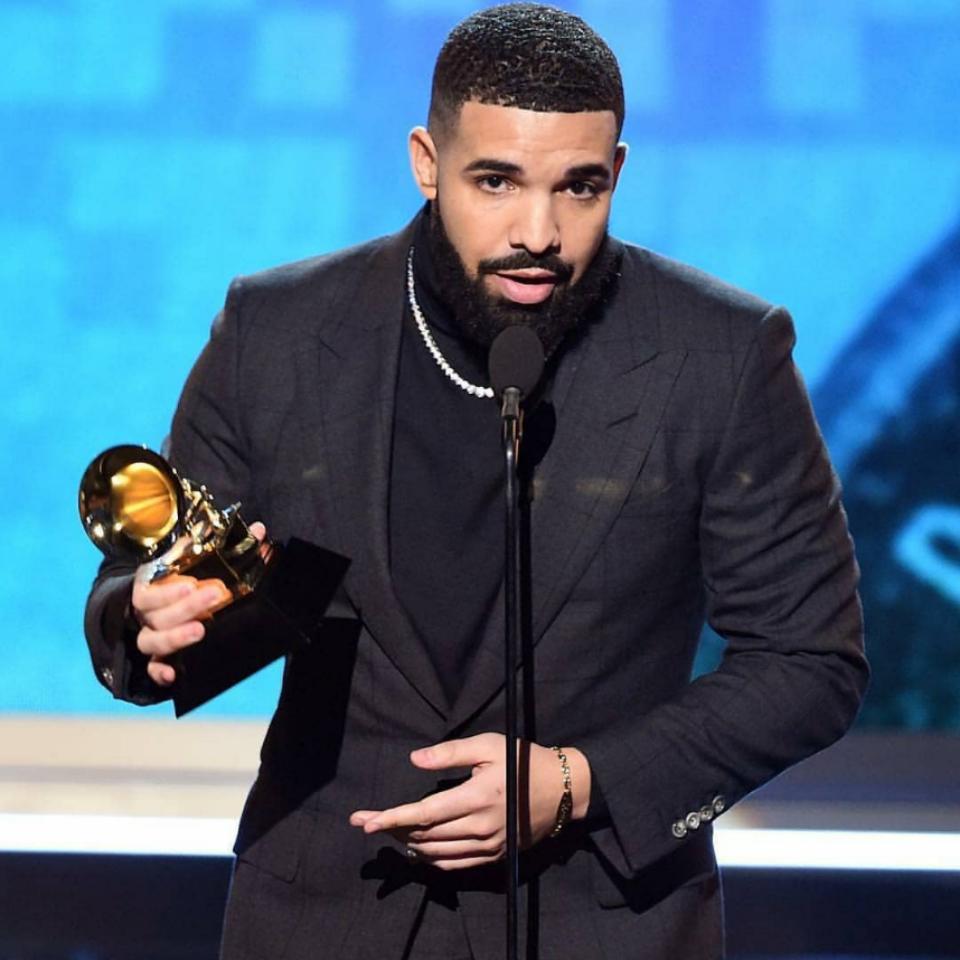 We’ve all watched on television how celebrities become emotional and cry during their acceptance speeches. Some even become political, some diss their colleagues in the industry while others are just too vulgar.

The 2019 Grammy Awards was well attended by A-listers who witnessed Drake who won the music gong for Best Rap Song for ‘God’s Plan’, diss The Grammy’s during his acceptance speech. The Canadian rapper was made to pay for it as he was cut short. Drake said:

“I want to take this opportunity while I’m up here to just talk to all the kids that are watching this, aspiring to do music.”

“All my peers that make music from their heart that do things pure and tell the truth, I wanna let you know we play in an opinion-based sport, not a factual-based sport.

“So it’s not the NBA where at the end of the year you’re holding a trophy because you made the right decisions or won the games.

“This is a business where sometimes it’s up to a bunch of people who might not understand what a mixed race kid from Canada has to say or a fly Spanish girl from New York or anybody else, or a brother from Houston right there, my brother Travis [Scott].

READ ALSO:   2017 Billboard Music Awards: Drake Called Nicki Minaj The Love Of His Life And She Responds By Posting His Pics All Over Her Instagram Page PLUS Minaj Reacts When Drizzy Says "Vanessa Hudgens, You Look Incredible Tonight"

“The point is, you’ve already won if you have people who are singing your songs word for word, if you’re a hero in your hometown.

“Look, if there’s people who have regular jobs who are coming out in the rain and snow, spending money to buy tickets to your shows, you don’t need this right here.

Even though Drake’s acceptance speech drew mixed reactions in the crowd, the organisers of the event were not impressed. The rapper had even tried to continue his speech but viewers at home saw the screen change to what was ‘coming up next’. In fact, Pitchfork claim the rapper’s microphone was cut off and those within the area, seized to hear the rest of what Drake was saying.

Lol! Princess Shyngle Refuses To Fight With Her Bae As He Attempts A Runner On Val's Eve