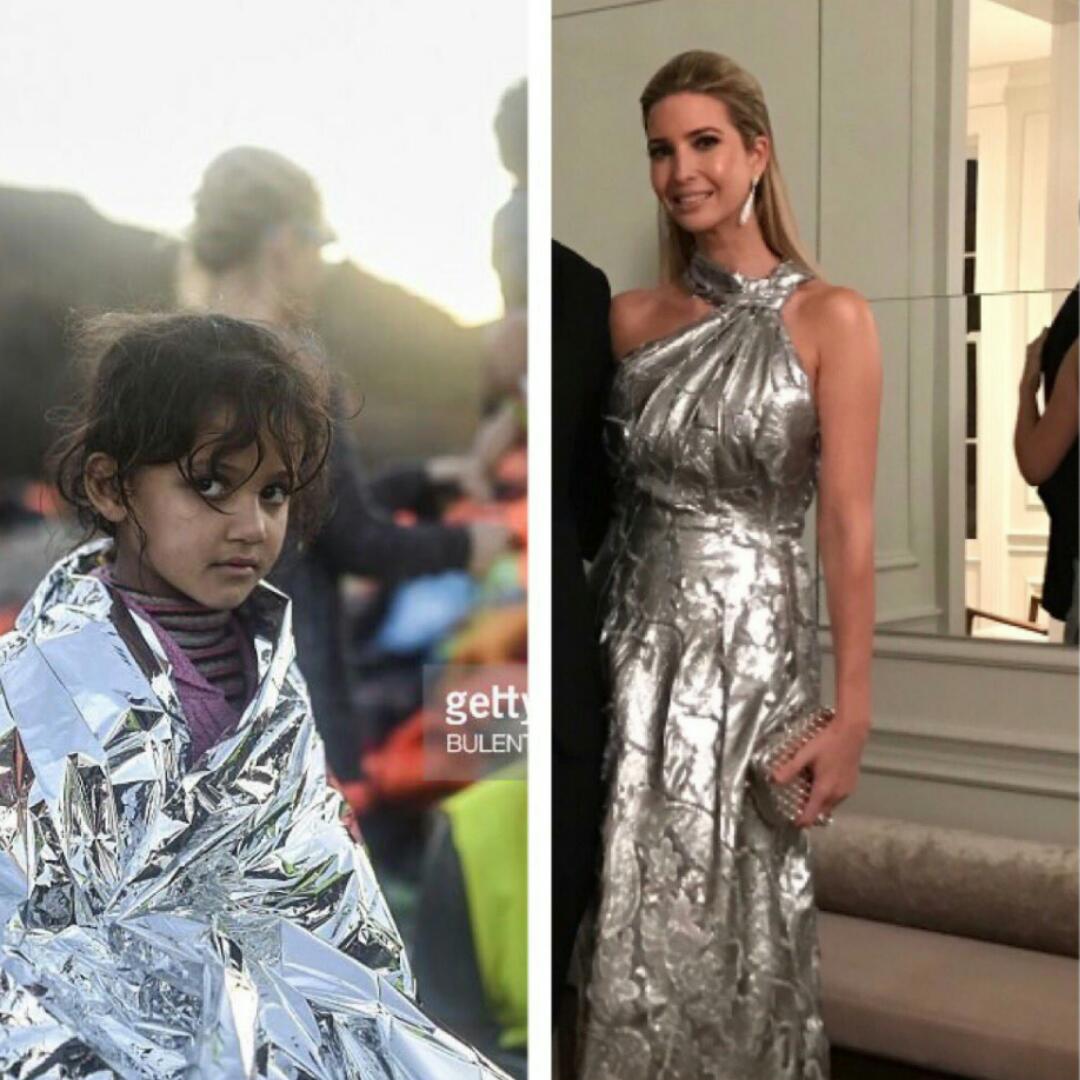 Ivanka shared a photo of her and husband Jared Kushner as they were headed to the annual Alfalfa Club dinner on Saturday. She was seen rocking a metallic $4,990 silver jacquard gown by Carolina Herrera while her husband was wearing a tuxedo for a date night.

READ ALSO:   LOL! See The Photo Circulating Across Social Media That Some Say Would Become Of Beyonce And Jay Z Now Donald Trump Is US President-elect

However, social media users criticized her timing and the dress that could have referenced an insensitive message. She was slammed for appearing ‘out of touch’. While her father Donald Trump had signed an executive order barring any non-U.S. citizen traveling from Iraq, Syria, Iran, Sudan, Libya, Somalia or Yemen from entering the US for 90 days, (the move also included legal permanent residents and visa-holders from those seven countries) Ivanka was thinking fashion.

READ ALSO:   "My Confidant and My Pride....I LOVE YOU SO MUCH, Prince Odi Okojie To Mercy Johnson, Then Hilariously Asks, 'By the way....is it their ODI? Did she Delete your pictures?'"

Read some reactions below.

@VoiceOfThePhan @IvankaTrump Shame is cast upon the Trump family, all those who remain silent