Herman “Cowboy” Douglas: Witness Claims Suspected Shooter Eric Holder, Introduced Himself To Nipsey Hussle As A Rapper Before Killing Him 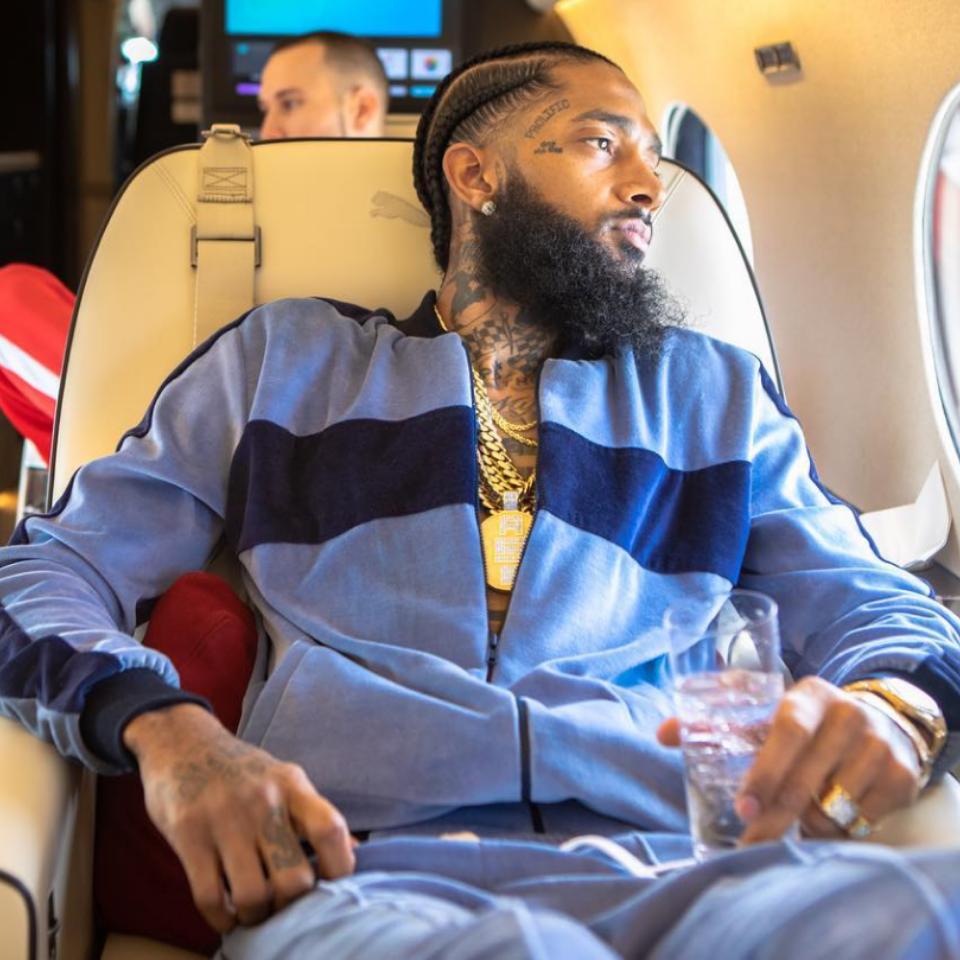 There has been several accounts leading to the brutal murder of Nipsey Hussle. While some state Eric Holder and the “Last Time That I Checc’d” hitmaker knew each other from around the neighborhood, one witness identified as Herman “Cowboy” Douglas claims the suspected shooter introduced himself to Nipsey, 33, as a rapper before killing him.

The witness also says he was a close associate of Nipsey Hussle and was with him just seconds before the rapper was murdered and two others shot.

Read an interview The L.A. Times had with the witness, Herman “Cowboy” Douglas. He spoke on his friendship with Hussle which according to him, spanned 16 years.

“Sad situation. The homie got killed through the jealousy. It wasn’t nothing but jealousy and envy. It was a senseless murder. Nipsey was doing positive things in the community trying to save lives, and for one of the people that he was trying to save, to come back and kill him? It was nothing but jealousy and envy. It’s a sad situation. The world is gon’ miss Nipsey. Not just this neighborhood, but all around the world.”

READ ALSO:   See The After S*x Photo Shatta Wale Shared Of Shatta Michy, Not Quite Sure If She Looks Satisfied [WARNING EXPLICIT CONTENT]

“I’ve known him since about 2003 since he was a youngster…since he was about 18, 19-years-old. I came home from prison, he was out here selling his CDs, so we sold CDs together. We had dreams of doing it big. He did it big and he left his niche on earth.”

“We used to use the parking lot as our office before we even had an office in the building. So every day we would show up like we was at the office.”

“Me and Nipsey was talking, and the dude that shot him, he came and shook our hands. Said he was a rapper and this old bulls**t. Shook our hands. The dude went and got his burger. He left. When he left, I went and took my food in. As soon as I took my food inside the building, the dude came back around the building bussin’. So, I might have left Nipsey’s side maybe, three seconds. I left him maybe, approximately three seconds that I had left Nipsey and the dude came and shot him.”

“We know who he is. It’s no mystery it’s all hate and envy…Nipsey didn’t deserve to die like that. What seems to be a less talented rapper had envy and hate in his eyes. It was no motive. It was no beef.”

This interview appears to have been conducted before suspected shooter, Eric Holder, was arrested.

According to the L.A. Times, Eric Holder was a rapper by the name of Fly Mac. However, he and Nipsey were allegedly affiliated with the Rollin’ 60s Crips.

Ok Now This Is the second time Eye’m hearing this story from someone on the ground.. The first time my ppl wanted to remain anonymous but he said Nip never had no werds with dude and the narrative about the Snitch was false.. Now this video was just sent to me co-signing wat my Ppl told me.. This shyt is strange Strange Strange.. #LongLiveNeighborhoodNip Repost By @selfservicethegoat: Who you gonna believe a brother who was there or social media he said the dude walked up gave them pounds then went and got a burger left and then came back shooting no snitch or disrespect was in the conversation 🤔 I believe the dude who was right there. @theshaderoom @moviemello and where I’m from that’s called a line real street dudes know we might not know who lined him up but it could have been the gangs or it definitely sounds like the police la police are foul but someone wanted him dead and I doubt if it was any street nigga or gang SIP NIP

Witness Says Suspected Shooter Introduced Himself To Nipsey Hussle As A Rapper Before Killing Him, Here’s What Herman “Cowboy” Douglas Said

Watch Drake Show Off His $1 Million Outfit Plus Its Breakdown