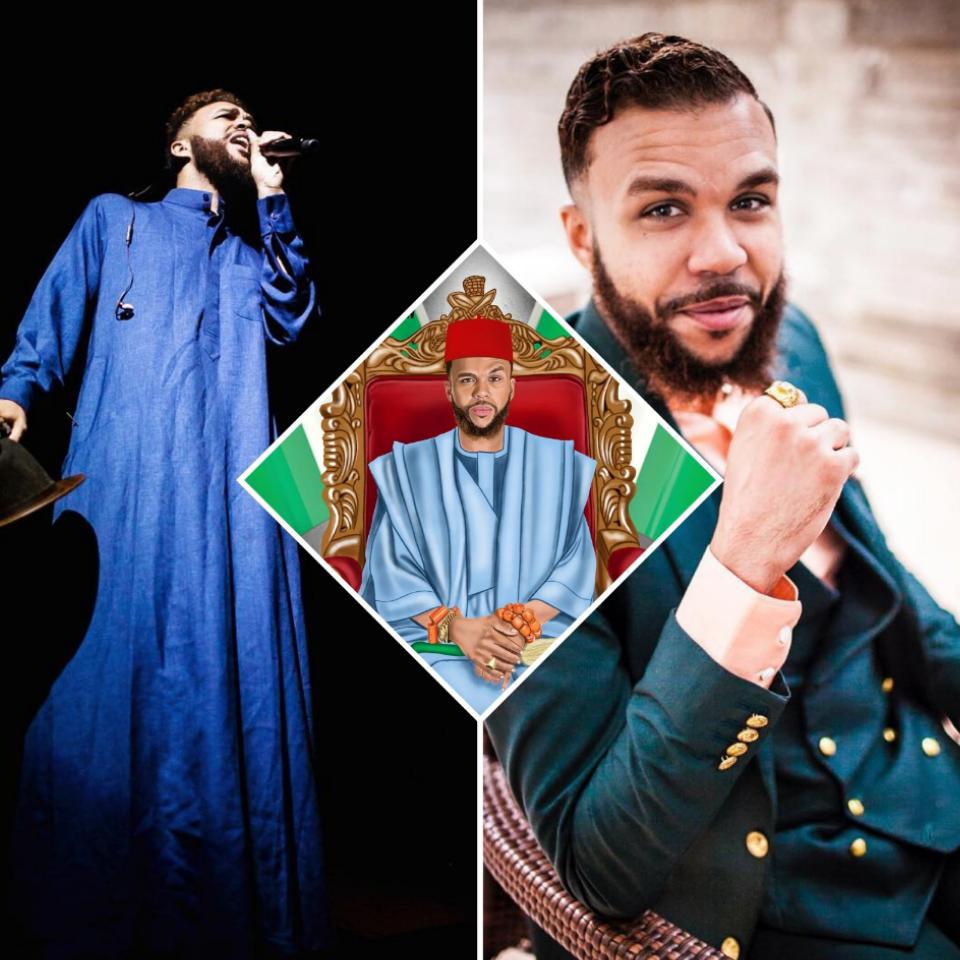 Revealed: Jidenna Paid To Learn Igbo Language In The US

On Wednesday, while addressing journalists at the Heineken Live Your Music press briefing in Lagos, Nigerian hip hop artist Jidenna disclosed that he paid to learn Igbo language in the US. The Classic Man said:

“I speak Igbo a little but not the way I wish. I actually took a class when I was in the US to speak more fluently and Aunty Ifeoma, God bless her, was just excited that we were there and she went so slow that at the end of the semester, we didn’t get anywhere.”

“One of my goals is to be fluent so I actually hired a teacher recently to Skype with me so I can learn on the road so hopefully one year from now, I’ll be much more fluent than I am now.”

According to the 32-year-old who said he does not have a sound of his own yet, his sound, which is a combination of his “favourite” genres, is still evolving.

“I still don’t think that the music I have released thus far is the artiste in me, I mean it’s not my sound yet. I have not crafted it.”

“I’m so excited about the new album I’m working on, it combines all my favourite music; juju, reggae, dancehall, highlife, soul, R&B, hip-hop.

“My foundation was in hip-hop but influenced by other sounds. When I was growing up in Nigeria, Bob Marley was like the biggest god so him and Fela were my biggest heroes when I was a kid.

“I stir all that together and try to make music but I don’t think it has all that at the same time but now I have figured out the formula.

READ ALSO:   "Letting Go Is Hard But Sometimes You Have To" - Actor Ibrahim Chatta Says As He Shows Off New Look Afro Hair

“I listen to a lot of highlife of the late 60s and early 70s. Juju music, Sunny Ade, Sunny Okosun and then the newer people from Wizkid, Tiwa, Tekno to Sarkodie.”

All Out: Jidenna Has Revealed That He Paid To Learn Igbo Language In The US

Hushpuppi And Classicbaggie Feud Gets Ugly: "Mr gucci puppet, don’t you think a sharp business man like me should take advantage of fools like you" — Gucci Lover Under Blast And Mockery

LOL! Jidenna Tells Power Star Rotimi He “Can Sex For 27 Hours” As He Fries Nigerian Plantain, Says “I Have No Rivals” [Photos + Video]

Hit Or Miss: Jidenna Dressed Up As The Game For Halloween