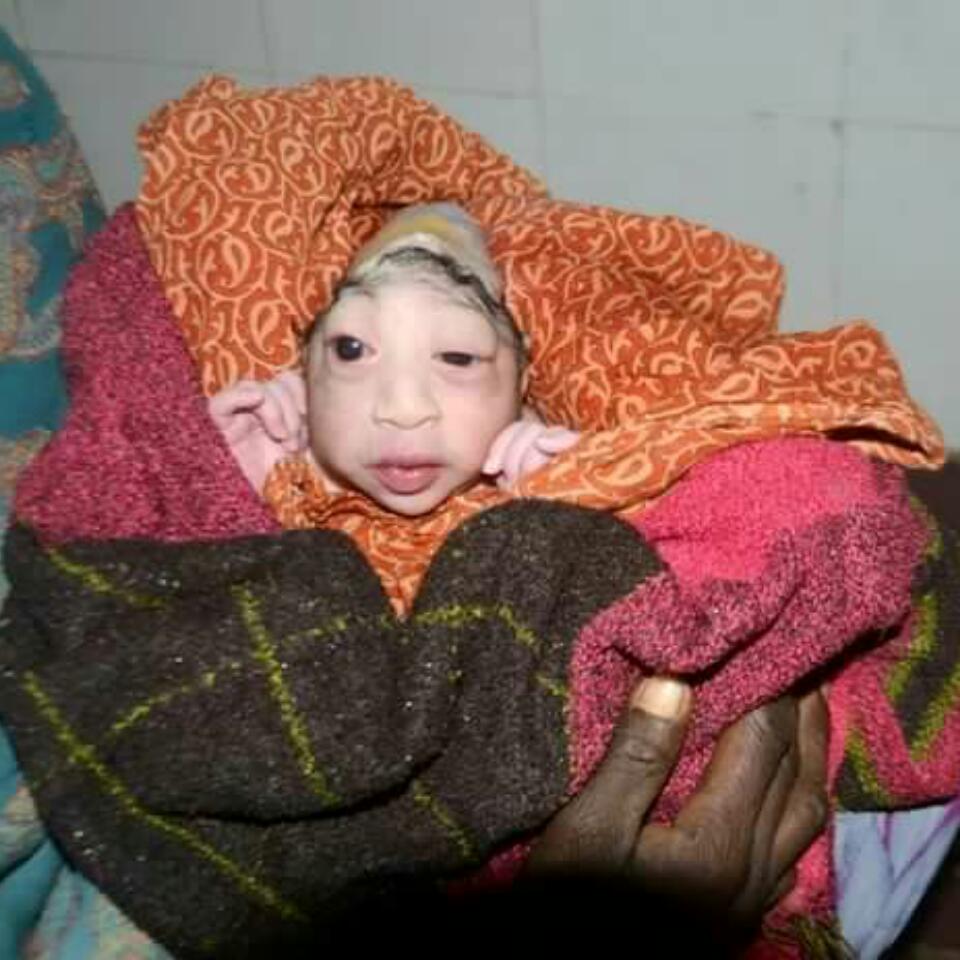 An Indian mum identified as Priyanka Kumari, 25, has refused to breastfeed her baby after claiming the ‘cursed’ child was born looking like an ‘alien’. It’s understood that the baby hasn’t even been named and the mum has refused to nurse her. The baby who suffers from a rare genetic condition called Harlequin Ichthyosis, has a huge growth on her head and is covered in a hardened shell of skin and has bulging eyes. The strange birth sent shockwaves around the Chakiya district with members of the public who were filled with curiosity, flooding the family home in Banshghat to see the baby in real life. However, some believe the ‘alien’ baby could be an incarnation of a Hindu god.

READ ALSO:   Not One Of Us Will Get Through Life Unscathed - Bolanle Ninalowo Says

Despite some seeing the baby as an incarnation of a Hindu god, Priyanka and her farm labourer husband Balindra Mahto, 34, believe “the child is cursed”. Priyanka said:

“I keep cursing myself for this. When I saw her for the first time, I was shocked.

“I thought to myself – how could I deliver something like this? Now, I am worried about her future.

“I prayed to god and expected a very healthy boy or girl baby.

“I never thought in my dream that I will be going through such trauma in my life. This baby girl is not normal like other children.”

“I am totally confused. I don’t know what to do. I am just following the instructions of the doctors at hospital.”

“God could have given her a healthy baby. But now whatever has happened, it’s for good. I am praying for her healthy future.”

Harlequin Ichthyosis occurs due to malnutrition and causes thickening of the skin and deformities.