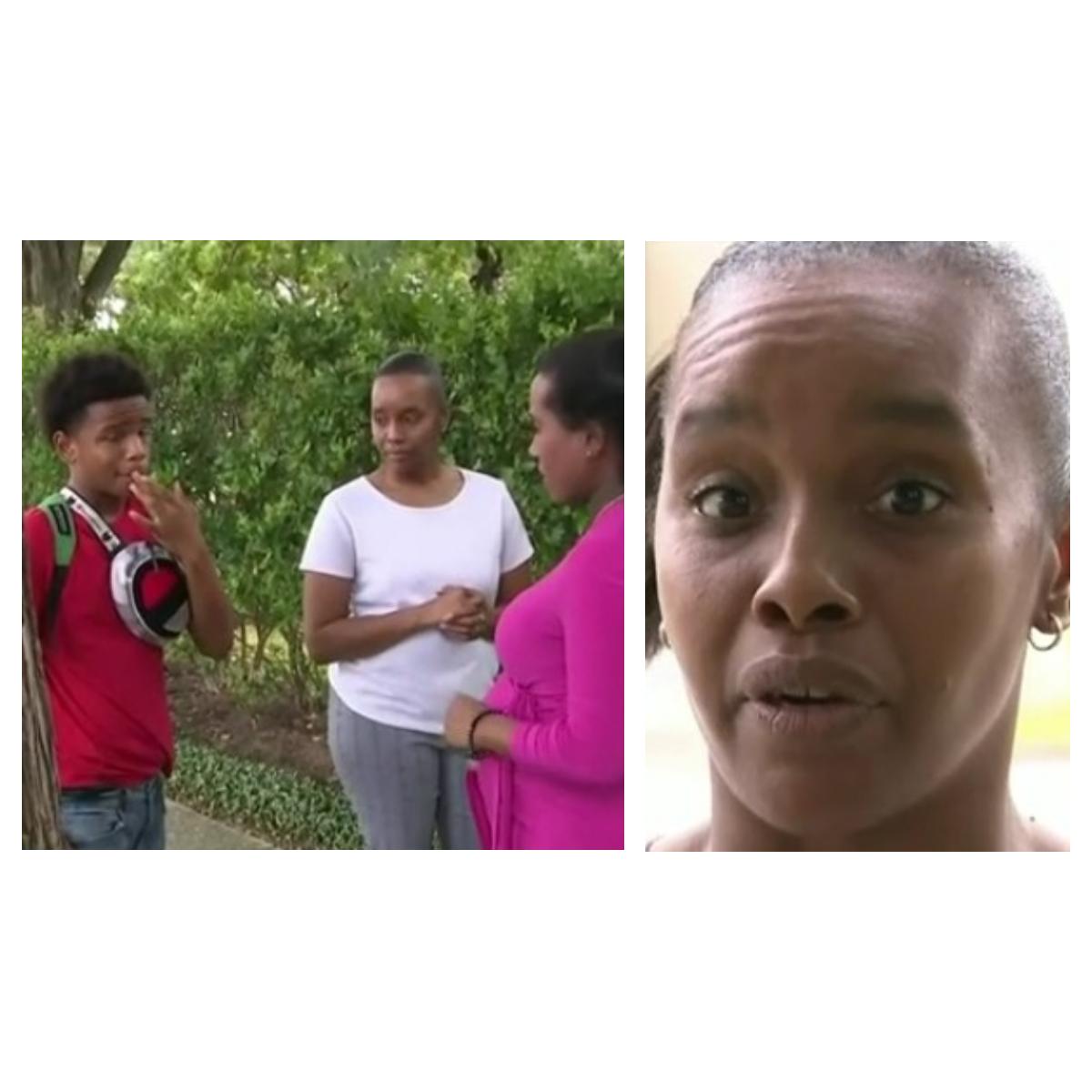 The mother of a seventh-grader, Demetrius Moore, has filed a police report after a video surfaced of another parent pushing her son. It’s gathered that after school on Friday, her 14-year-old hit another student at Pershing Middle School while horsing around.

“I’m not denying that my son, they were playing, that’s what he said. … it was a group of boys and he hit the son but it didn’t give the father the right to get out and hit my son,” Moore said.

According to Demetrius, the other student summoned his father who is captured on camera talking to her son. The father then holds Moore’s son by his backpack straps, and then shoves him to the ground.

“I was very upset as a mother because I couldn’t understand why the parent didn’t take it up or go to a school official if it was kids,” Moore said. “Even if my son hit the child or didn’t mean to, and apologized, but you should have went (sic) and said something and let the school handle the disciplinary instead of him feeling like having the right to take it upon himself and go and handle my son the way he did.”

Moore said she doesn’t know who the other parent is, but has filed a report with the Houston Independent School District Police Department.

“The Houston Independent School District is aware of an incident that occurred Friday after school hours outside of the Pershing Middle School building. The district is investigating. Because of privacy laws, we cannot discuss specifics. HISD does not condone violence of any kind and will take appropriate steps to ensure the safety of our students.”

“Take your situation you have with me as an adult. You know what I’m saying? I don’t feel like you set an example for your kids, or your boys or other children to handle the situation like that,” Moore said.

“If it was boys playing, you should have let boys be boys, not as you because as a man, you’re supposed to know that, you don’t hit or take nothing (sic) out up on no child and you stand at six something tall. I feel like you should have addressed me or his father or went to the officials or to the cop and get me or his daddy on the phone.”