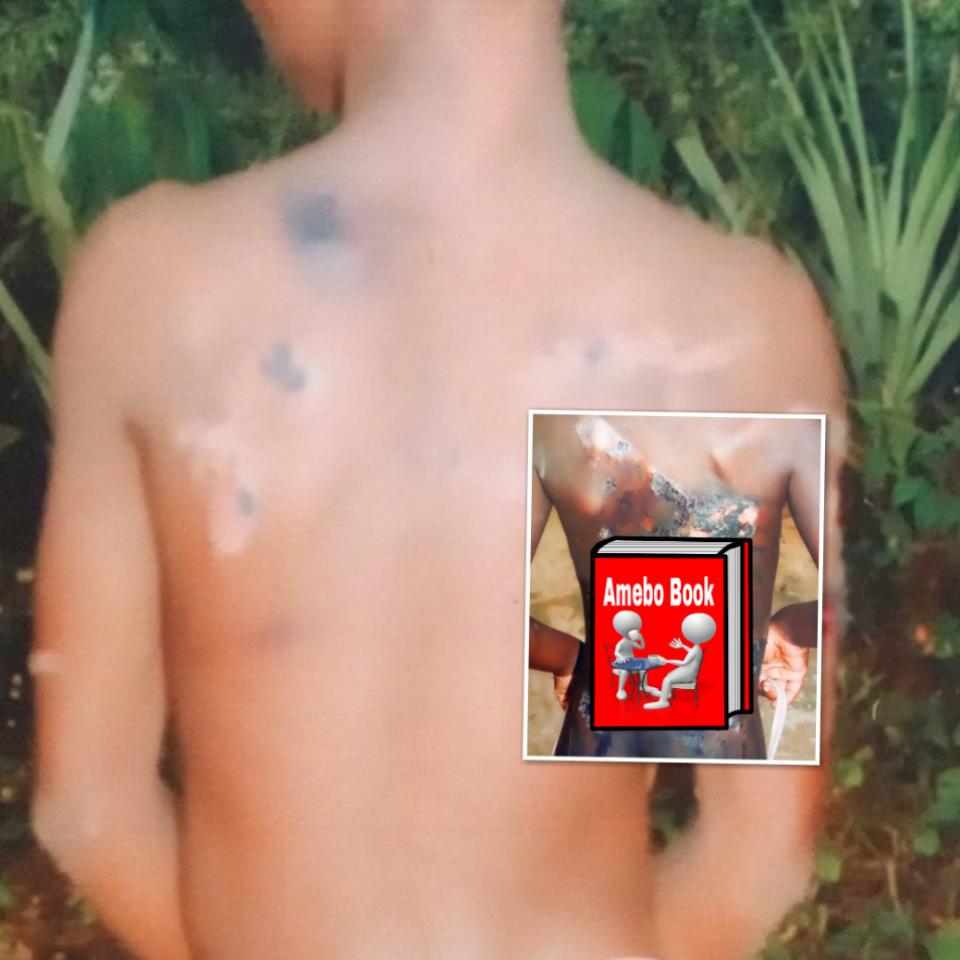 The police have arrested a woman identified as Christiana James after she physically abused her three grandchildren in Akampka Local Government Area of Cross River State. It’s understood the children aged 3, 5 and 13 were almost killed with torture from their grandmother who only fed them when they sell pure water.

READ ALSO:   "My Job Is To Interpret Any Role To The Best Of My Ability" - Fausat Abeni Balogun

A non-profit organisation based in Calabar, the Child Protection Network and Basic Rights Counsel Initiative (BRCI), eventually heard of the abuse and intervened. It’s gathered the children are now under their care.

According to the Executive Director of BRCI, Mr. James Ibor, the person who did this to the children is known to the Police as Nsikak.

“Nsikak was invited by the kids grandmother to interrogate the kids about witchcraft”.

“The kids said that they accepted to the charge due to the pain they were subjected to.”

READ ALSO:   "If You Don't Ask Me Out I Won't Date You" - Rotimi Salami's Wife, Jumoke Arinola Recalls The Condition She Gave Him Which Ended Up In Marriage

Meanwhile, Nsikak is at large.

In Rivers State, Woman Physically Abused Her 3 Grandchildren Over Witchcraft