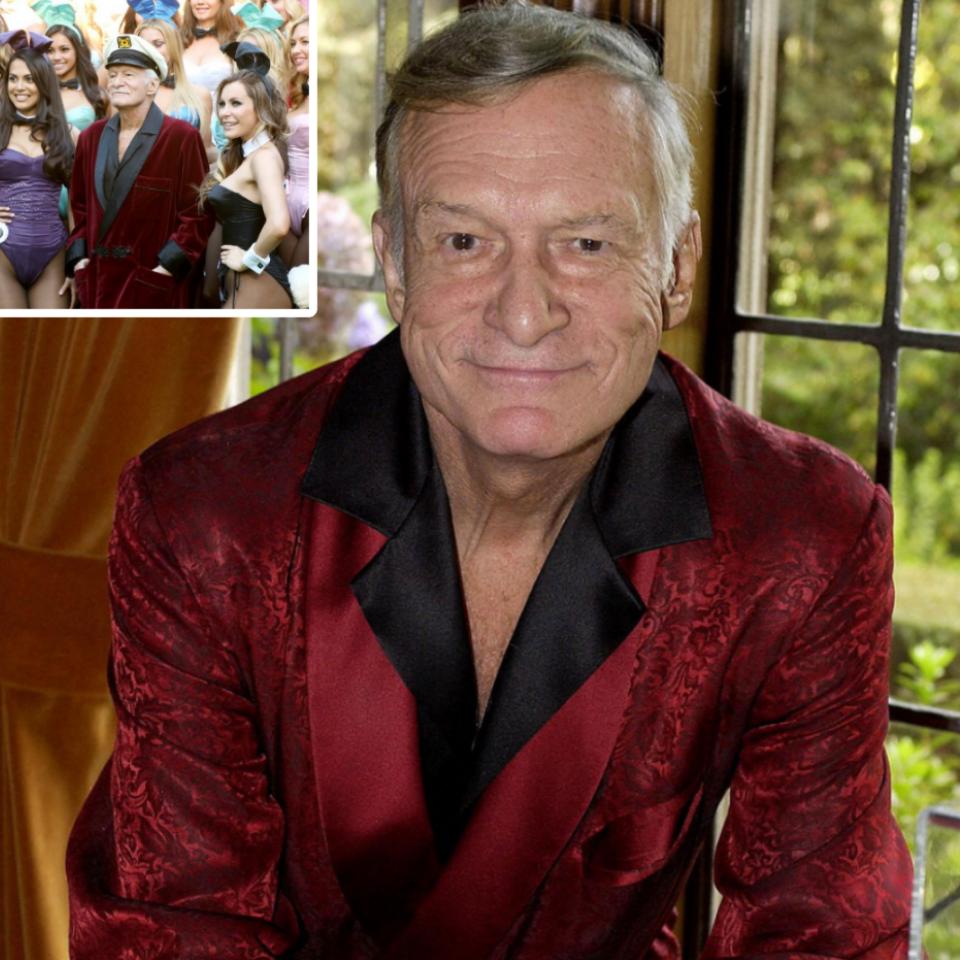 The founder of Playboy magazine and star of E! reality show The Girls Next Door, Hugh Hefner is dead! The business man who was born Hugh Marston Hefner on April 9, 1926 in Chicago, Illinois to parents Grace Caroline and Glenn Lucius Hefner, died on Wednesday aged 91. Playboy Enterprises, Inc. said in a statement:

“Hugh M. Hefner, the American icon who in 1953 introduced the world to Playboy magazine and built the company into one of the most recognizable American global brands in history, peacefully passed away today from natural causes at his home, The Playboy Mansion, surrounded by loved ones. He was 91 years old.”

Hugh Hefner is survived by his wife Crystal and four grown children: Christie, who served as CEO of Playboy Enterprise for more than 20 years; David, Marston and Cooper, the latter who currently serves as Chief Creative Officer at the company.

In a statement, Cooper said:

“My father lived an exceptional and impactful life as a media and cultural pioneer and a leading voice behind some of the most significant social and cultural movements of our time in advocating free speech, civil rights and sexual freedom.”

“He defined a lifestyle and ethos that lie at the heart of the Playboy brand, one of the most recognizable and enduring in history. He will be greatly missed by many, including his wife Crystal, my sister Christie and my brothers David and Marston and all of us at Playboy Enterprises.”

Actress Tonto Dikeh Blasts Azuka Ogujiuba After She Said The Actress Lied Against Ex-Husband Olakunle Churchill, Says "It Is Women Like You That Make This World A Terrible Place... After 7 Domestic Violence Incidences And Miscarriages Caused By Domestic Violence I Curse You Today!"

Too Kind: Beyonce Sent Lady Gaga An Ivy Park Hoodie And Roses As She Struggles With Fibromyalgia