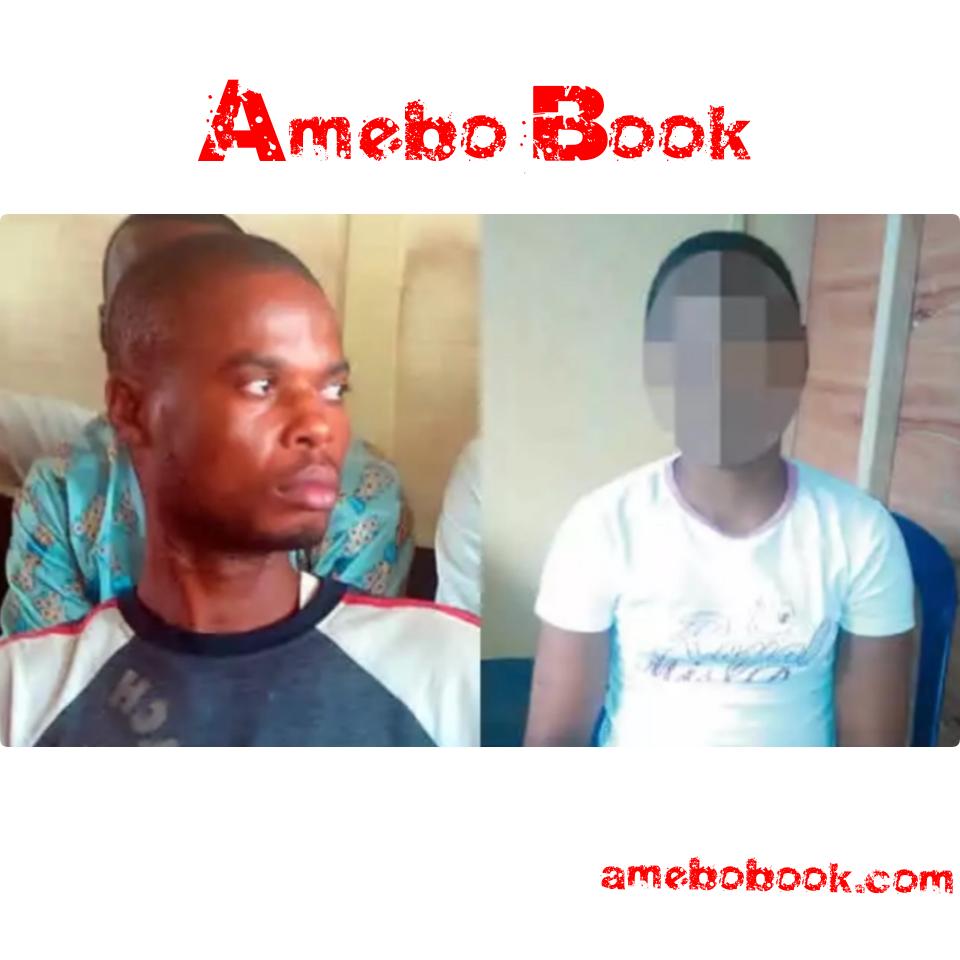 Husband Raped His 13-Year-Old Housemaid At Knifepoint, His Wife Forced Her To Drink Concoction

One Mr. Ulonna Amaobi has been charged with child sexual abuse and child endangerment at the Ikeja Magistrate’s Court, Lagos on Tuesday, November 7. It’s understood the husband raped his 13-year-old housemaid at knifepoint at Iyana Iba, Lagos. The victim, Mary, an indigene of Jos in Plateau State, was taken to Nnewi, Anambra State, by her elder sister in search of a better life due to their father being financially challenged.

While in Nnewi, Mary and her elder sister were separated because they worked in different homes. Mary worked as a housemaid for Amaobi’s mother-in-law while her sister got a job as a salesgirl. However, Mary was sent to live with the Amaobis in Lagos without her sister being informed. This forced Mary’s sister to relocate to Lagos in order to keep a close watch on her younger sister. It’s gathered that Amaobi started raping Mary right from April that she got to his home.

“The first time he raped me and I bled, I reported to madam when she got back home. She did not do anything about it. But she beat me all the time when she accused me of stealing money.”

According to Mary, she was routinely starved. Even though the couple had promised to enrol her in school, she made no attempt to honour this during the four months she was there. She also added that whenever Amaobi wanted to come into her room to rape her, he would hold a knife to her neck to prevent her from screaming. The girl said:

“There was a time madam was in the sitting room. He came to where I was and carried me to his room. I tried to struggle but he held me down and said he would stab me if I made any noise. When he finished, he told me to get out of the room and to keep quiet because I was crying. I still went to report to his wife and she did not do anything about it.”

Despite the girl notifying his wife, Amaobi allegedly continued the sexual attack multiple times. On Sunday, October 22, 2017, after he had raped her as usual, Mary ran out of the house to report what he had done again to his wife. This time, Amaobi’s wife took the girl to a hospital to conduct a pregnancy test on her. Even though it’s not clear what the result showed, Mrs. Amaobi allegedly handed the girl an alcoholic herbal drink when they got home. Mary refused to drink it. The girl said:

READ ALSO:   Paul Psquare Thinks Only A Woman Can Get In The Way Of Brothers Working In Peace And Destroy It Using Juju

“Madam held a pair of scissors and said she would stab me if I did not drink it. I then drank the liquid. She did not tell me what it was for.”

After this, Mrs. Amaobi told Mary to pack her belongings and handed her over to her sister. It’s understood Mary’s sister cried profusely, blaming herself for everything that had happened to her sister. She said:

“I brought her from Jos because I thought  I could look after her. I blame myself for all that has happened to her.”

The case was eventually reported to the Esther Child Rights Foundation. The officials at the NGO notified the police and Mr. Amaobi was arrested. Mrs. Amaobi admitted in a taped statement, that she took Mary for a test and administered what she called “hot drink” on her. However, she refused to disclose what the concoction was used for when asked. She said:

READ ALSO:   I Cry My Eyes Out In My Bedroom When Hurt Or Broken - Nkechi Blessing Sunday

“I love the girl like my own child. I love the girl very much. Even when she was stealing money in the house, I took her to our church for deliverance.

“It is true that she reported to me that my husband raped her. But she only reported once and that was this last time. I was shocked. I wanted to faint. I held my chest and was crying.”

Director of the ECRF, Mrs. Esther Ogwu, said she petitioned the Lagos Office of Public Defender to ensure justice was done.

Amaobi was subsequently remanded at the Kirikiri Prison, Lagos pending when he met his bail conditions.

The case has been adjourned till January 25 for mention.