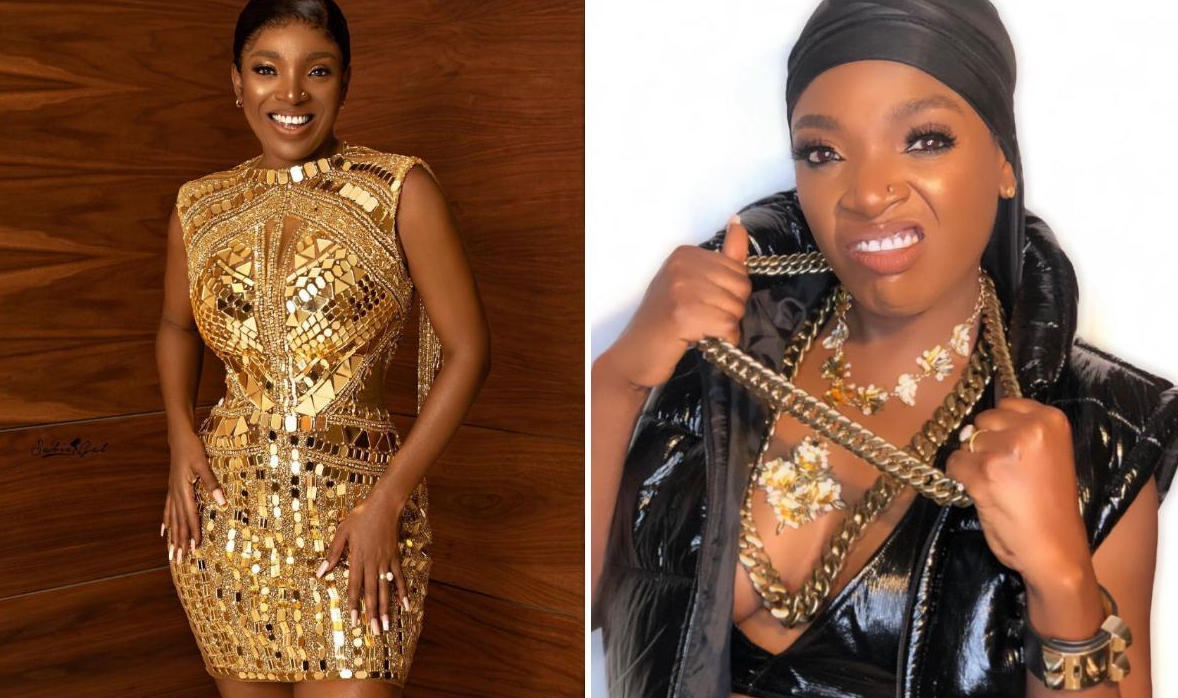 If you ever thought Annie Idibia is one softie, think again! The Nollywood actress is amongst the cast of “Almajiri” the movie.

She shared some photos on her Instagram page with the second slide fully representing what you can expect to see from the thespian.

According to Annie, she is a queen but if you test her, she will show you her gangster side.

In her own words;

READ ALSO:   I Kissed Michael Essien In Public Because We Were Dating — Princess Shyngle Admits

On what you can realistically expect to see from “Almajiri”, Nigerian comedian, Ayo Makun popularly known as AY, stated:

“This is something unusual and different coming from the AY brand. Expect to see artistic and spectacular performances”.

Mind you, he had earlier stated their character in the movie is one of “short temper” as they handle their “long rifles”.

READ ALSO:   Latest Hip Hop News And Rumors: Cardi B Fiercely Defends Her Unbreakable Bond With Husband After Fan Fires, "You Been With Offset Since 2017 And You Still Calling Him Offset"

“The most honest form of filmmaking it to make a film that tells our stories and existing realities,” AY wrote.

“We are currently on working  on a film tilted ALMAJIRI. It is based on true life experiences in the northern part of Nigeria. The movie Almajiri is designed to tell a very common story of children who are subjected to the high level of poverty faced by most families living in that region.These children often wander the streets begging for food, clothes, and other necessities thus making them vulnerable to chronic ill-health, sexual and physical abuse, human trafficking, slavery, drugs etc.

“This is something unusual and different coming from the AY brand.”

The comedian/actor also stated that you can “expect to see artistic and spectacular performances” before going ahead to mention the stars in the movie.

Rita Dominic Bumps Into Her Teacher Way Back In The University, The Living Legend/Issakaba Superstar Sam Dede At The Airport [Photo]