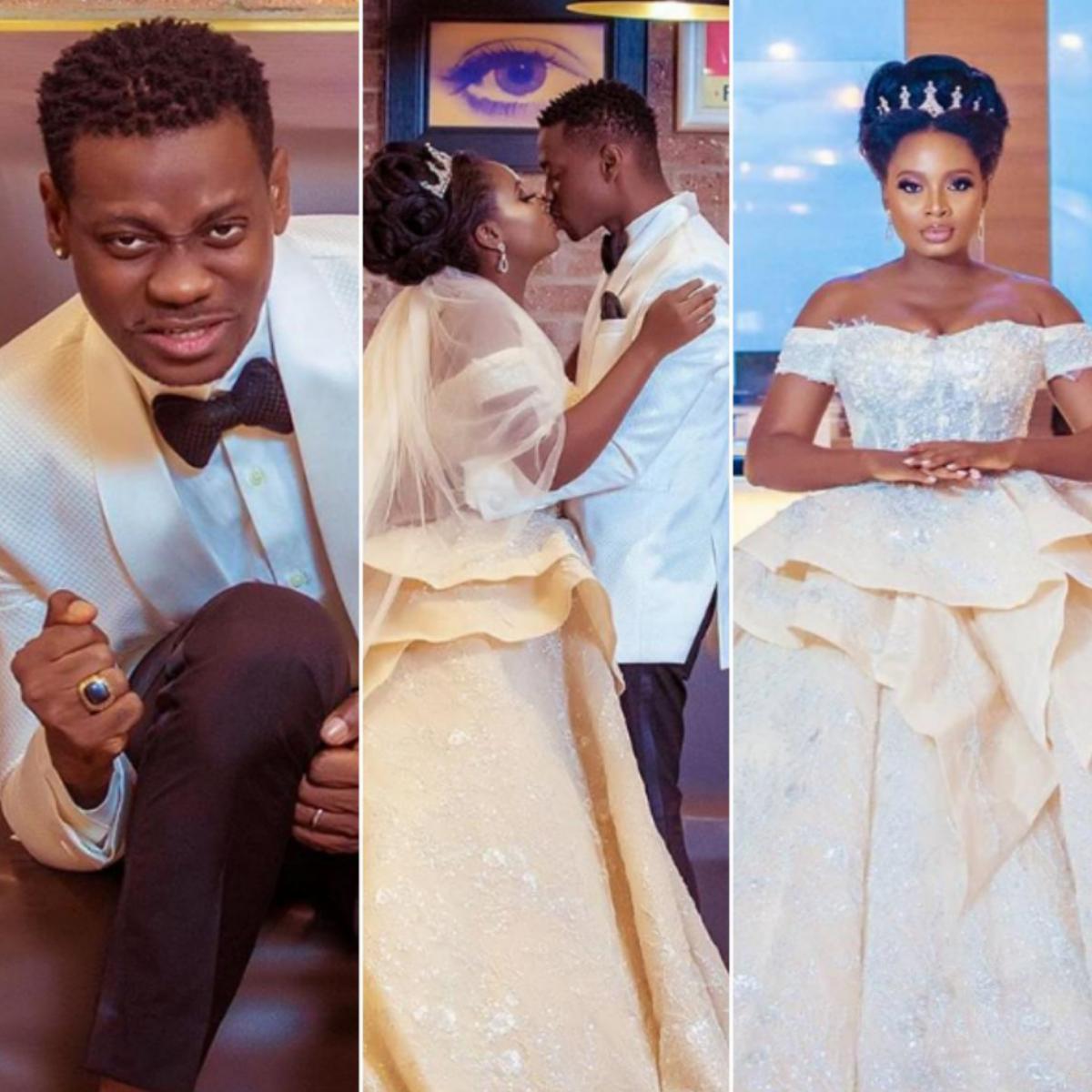 If you recall, Adebimpe Oyebade in a recent online television station interview which was monitored by Celebrity Diary, disclosed that Lateef Adedimeji is not her type of man. However, she admitted they were good friends but that she doesn’t find him s*xually attractive. Well, they both shared what appears to be a wedding photoshoot but it’s the caption that discloses everything. The actress wrote, “I don’t need paradise because I found you @adedimejilateef 😘🥰😍”.

READ ALSO:   Actress Adebimpe Oyebade Surprises Instagram Followers After Telling Them She Will Follow Back And Patronize Their Business

On his part, Lateef Adedimeji also shared photos which might actually be wedding scenes from a movie under production which he features in with Adebimpe. He captioned, “To forever with you ❤️❤️❤️ @mo_bimpe”.

The actor also shared another picture but of himself with the caption, “It’s a cool weather here .” Not long after, Adebimpe hit the comment section of the post writing, “All mine 😍😍😍”.

While reacting to this, Moyo Lawal wrote, “This better be modeling 😒😒nobody should tag me”.

Truthfully, if this wedding was for real and not a scene from their latest movie or even modelling photoshoot, almost everyone in Nollywood would be in the know and would have attended.

You Are The Most Hardworking, Beautiful And Intelligent Actress – Fans Say As Actress Adebimpe Oyebade Goes Braless In New Photoshoot

LOL! See The Way Lateef Adedimeji And His “Paaaadi Of Life” Woli Arole Greeted Each Other [Video]