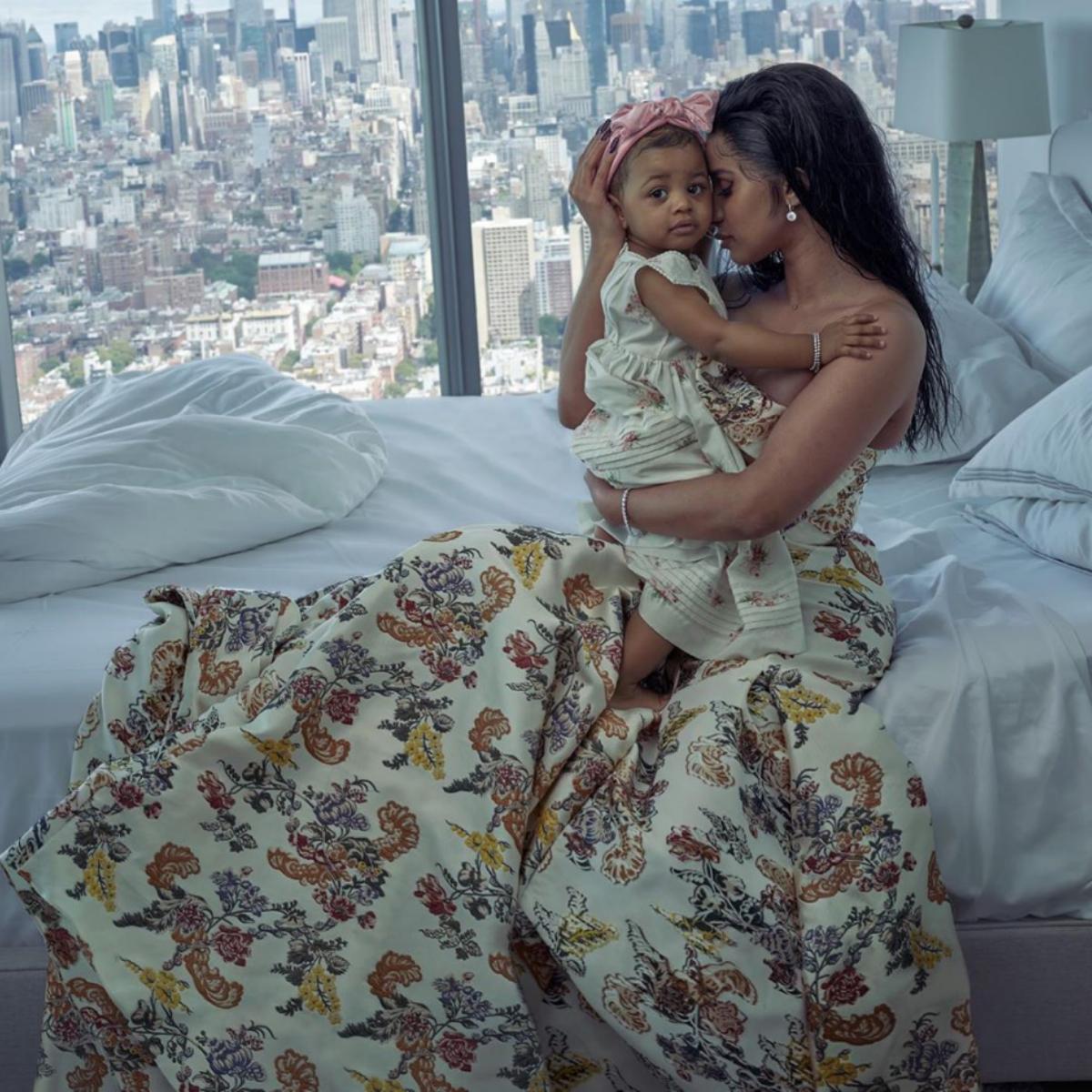 Latest Hip Hop News And Rumors: Cardi B Thinks People Are Just So Tired Of Her Winning

In a Vogue magazine cover story, Cardi B opens up about the current pressure she’s facing in her career. The American rapper whose real name is Belcalis Marlenis Almánzar, also reflected on the perceived disappointment of her 2019 single “Press,” which peaked at No. 16 on the Billboard Hot 100. Cardi also said she has the feeling many onlookers want to see her success stop.

“I thought ‘Press’ was fun and it was gangsta, and then because it didn’t perform as good as my other songs, people was like, Oh, she’s a flop; oh, she’s dying out,” she said. “This whole year has just been a lot for me. I feel like people are just so tired of me winning. I will look for my name on Twitter, and it’s like hate tweets, hate tweets, hate tweets.”

Our fourth January cover star is @iamcardib! Between motherhood, a new album, and the scrutiny of ever-escalating fame, how does Cardi B handle the pressure? Without apologies: “It’s hard for me to be soft, period,” she tells Vogue (among other things). Tap the link in our bio to read the full profile, written by @RobertJHaskell. Photographed by @annieleibovitz, styled by @tonnegood, Vogue, January 2020.

READ ALSO:   3-Week-Old Baby Girl Hospitalised After Being Slapped By Her Father In Lagos State

Cardi also explained how the creation of her sophomore album has been much harder than her debut Invasion Of Privacy. The Atlantic Records artist spoke on the balancing act she’s faced with following her breakthrough LP, which won a Grammy Award and dominated the Billboard charts.

“The first time it was just me being myself,” she noted. “I didn’t even care if people was gonna like it or not. When I found out I did so good, I’m like, is this a big number? Everybody was like, yes, this is a huge number. So it’s scary because it’s like, now you got to top your first album, and then it’s like, damn. I wonder if people are gonna relate to the new things, to the new life, to the new shit that I gotta talk about now.”

Cardi added, “Music is changing. I feel like people just wanna hear twerk-twerk music, but it’s like, is that just a phase? I probably need a sexy song. I need a lot of turn-up songs. I need a slow song, a personal song. And those are harder for me—I always need help when it comes to talking about my feelings. It’s hard for me to be soft, period. So it’s a lot of thoughts, a lot of pressure. It’s really like a job.”

@iamcardib, who was born Belcalis Almánzar, has famously described herself as a “regula degula schmegula girl from the Bronx.” Her father is Dominican, and her mother is from Trinidad. She was a class clown who always dreamed of being a famous rapper. “I don’t know what it is—I will never know what it is—but ever since I was young, people liked to hear me talk,” she says. “I was always that person, like, I didn’t really have a lot of friends, but people was excited to see me in class because they knew I was funny. They was dying to hear a story from me.” Tap the link in our bio to read our full profile on the star, written by @RobertJHaskell. Photographed by @annieleibovitz, styled by @tonnegood, Vogue, January 2020.

Perhaps the central question dogging @iamcardib, one of our four January cover stars, at the moment is how to sustain the breathtaking momentum that carried her from stripper to social-media phenom to reality-television star to world-beating rapper in less than five years. “Bodak Yellow,” her breakout single from 2017, became the first number-one hit by a solo female rapper in nearly two decades, since Lauryn Hill’s “Doo Wop (That Thing)” in 1998. Cardi’s subsequent debut studio collection, Invasion of Privacy, was critically hailed and landed her a Grammy for best rap album, another first by a solo female rap artist. Tap the link in our bio to read Cardi’s thoughts on her next album, politics, motherhood, marriage, and more. Photographed by @annieleibovitz, styled by @tonnegood, written by @RobertJHaskell, Vogue, January 2020.

READ ALSO:   Cardi B Strips Down, Speaks Candidly About Her Pu#*y At The Billboard Music Awards 2019 Red Carpet

Latest Hip Hop News: Cardi B Thinks People Are Just So Tired Of Her Winning

We Had The World Cup, You Had Cardi B - South African Rapper AKA Reminds Nigerians There Are "Different Levels"

Nigerian Celebrity News And Gossip Today: Photos Of Davido’s Brother, Adewale Adeleke’s Wedding Introduction You May Not Have Seen Yet