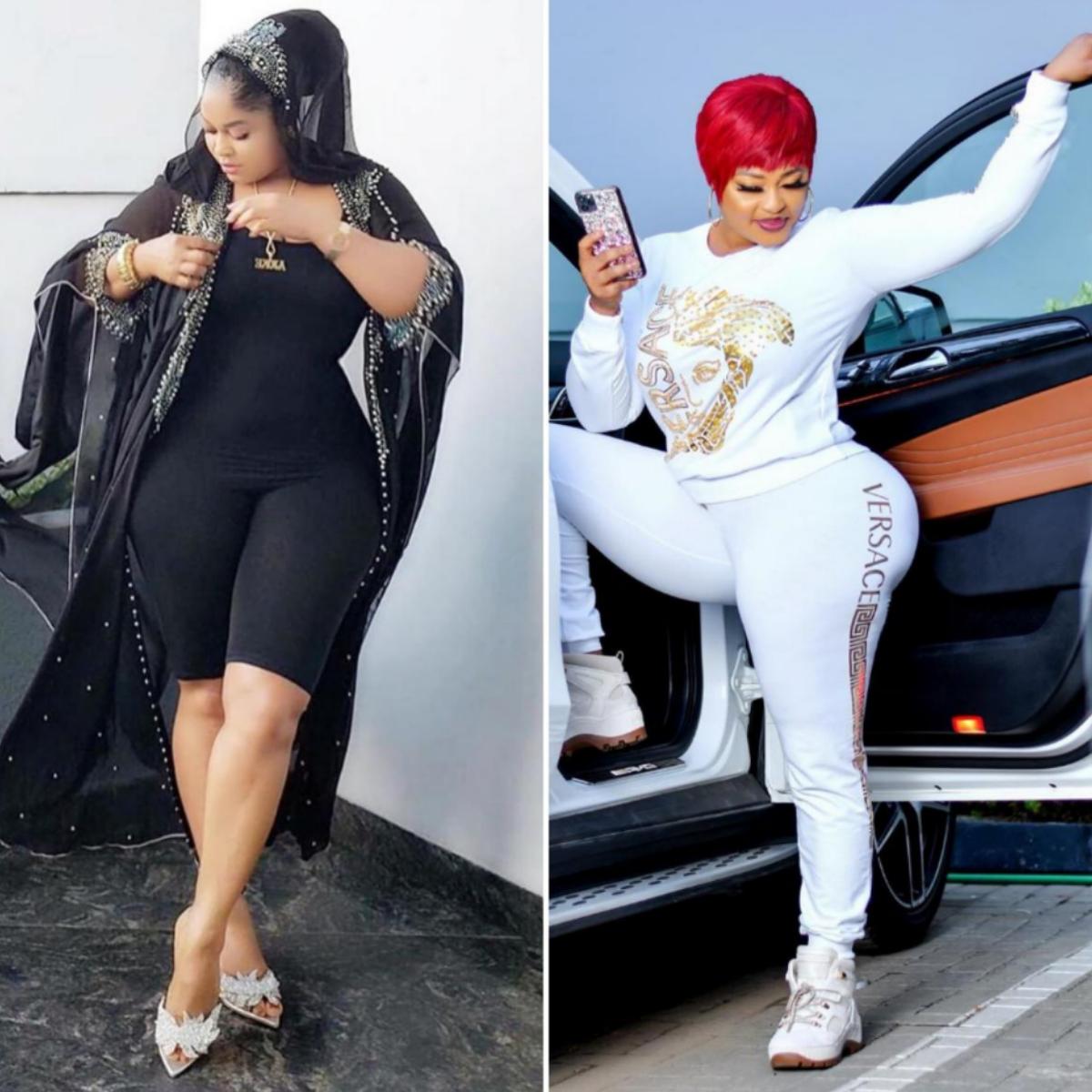 Biodun Okeowo popularly known as Omoborty, has admitted she wears black clothes most of the time but prefers to rock white more. The actress also stated that she finds it difficult staying away from black even though her church doctrines is against it.

“Do you have anything against wearing black? Some said it’s not too good. Some religious beliefs and spiritual….
What’s your take?
I love White more tho…but find myself doing black unintentionally most times…
My church doctrines too don’t support wearing black. But it’s not easy o!

READ ALSO:   Abolish Voting In Nigeria Until Death Sentence Laws Are Given To Politicians And Public Servants Who Misuse Funds - Ruth Kadiri

Meanwhile, as the actress asked, do you wear black or not?

In other Biodun Okeowo news, she has criticized the ‘masses and poor people’ who insult those who do giveaways by commenting harshly against them as though it’s their entitlement. She wrote:

“We the masses, and poor people are the major problem of this country. The leaders have theirs no dispute about that…

But if people can frustrate ordinary giveaways by writing nonsense on pages, abusing givers saying it is fake, writing discouraging comments on pages of people making efforts to give out of their own hard earned money…. this is money you’re not entitled to😳. Yet you abuse and insult them.

Then I fear for this country.

I think i am 80% supporting that Instagram giveaways should be stopped.
People should take their giveaways to the streets, my opinion. The kind of comments from some people hen! One will regret doing IG giveaway. This is not about anybody but what I’ve noticed generally on Instagram.”

Social Media Hype, Big Brands And Celebrities Are Not Distractions If You Enjoy The Viewing And Not Lose Focus – Biodun Okeowo