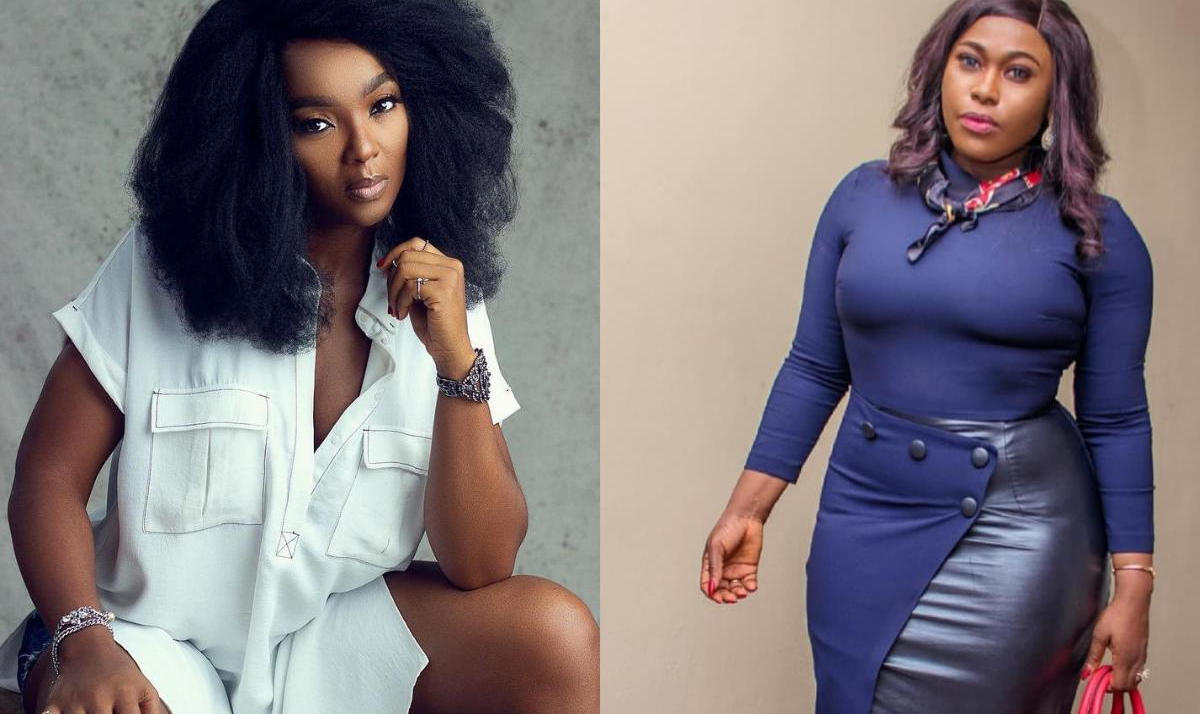 Uche Jombo is well documented to have implied that she has Chinese eyes.

However, one of her fans was not particularly too impressed with the Nollywood actress as he felt the movie star was not happy with her African eyes. Not done, the Instagrammer declared women from the continent as having the “lowest self esteem in the world.”

READ ALSO:   Your Level Of Stupidity Rendered Me Speechless — Juliet Ibrahim Reacts After Iceberg Slim Showed Off His 'This Thing'

Uche Jombo recently shared another photo which appeared to show her eyes slanted in shape. Her colleagues such as Ini Edo, Onyii Alex, Dakore and Kate Henshaw reacted positively in the comment section.

However, it was Chioma Akpotha who commented on Uche Jombo’s eyes and credited her colleague’s makeup artist. She wrote:

“I love it when your makeup artist lets your eyes speak”.

In other news, Chioma Akpotha has been promoting Funke Akindele-Bello’s, “Omo Ghetto: The Saga“ in which she also stars as “Chummy Choko” on her Instagram page.

READ ALSO:   Tonto Dikeh’s Son Had His Hands Over His Ears As She Sang For Him

She has promised that anyone who comes to the cinema on Christmas Day will have “mad fun”.