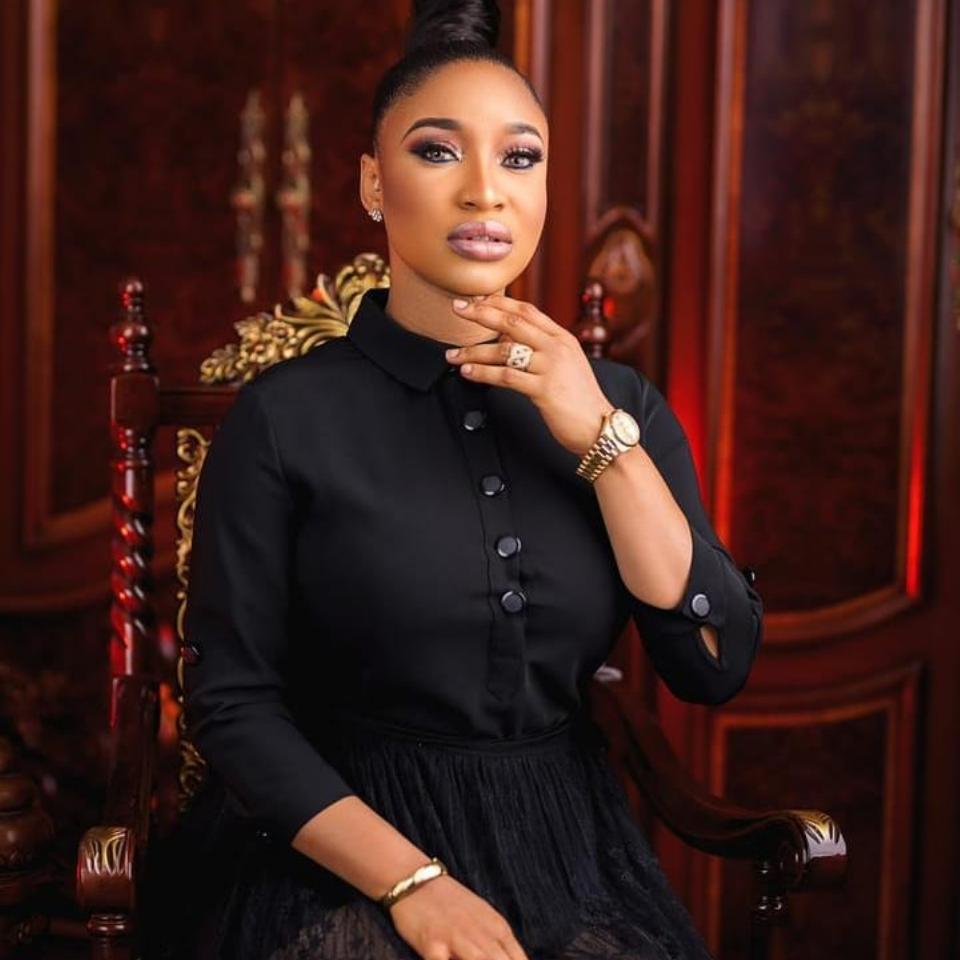 In a new interview with Plus TV Africa, Tonto Dikeh revealed more details about her failed marriage to ex-husband, Olakunle Churchill. The Nollywood actress also disclosed that she never wanted to keep her pregnancy.

READ ALSO:   "What My Best Friend Has Done For Me, I Can't Even Do It For Myself" — Tonto Dikeh Says As She Begins 6 Days Spa Retreat [Photos]

She also told Plus TV,;

“I am doing this because I want to clarify a lot of things.

“The first day I met him, he told me he was Obasanjo’s son. His father was a gardener for Obasanjo.”

“THIS MAN SAID WE DID NOT HAVE A WEDDING. WHEN I CAN PROVE TO YOU THAT WE HAD OVER TWO HUNDRED PEOPLE IN ATTENDANCE.”

The actress also stated that she never wanted to keep her pregnancy adding;

“MY PROBLEM IS: YOU DON’T DO SHIT FOR YOUR SON. [SO] DON’T DISCREDIT THE WOMAN WHO DOES IT.”

READ ALSO:   Tonto Dikeh Dragged For Slamming Women Who Buy Things For Themselves But Lie It's From Their Men — "You Are The Master Of Such Games"

You can watch the full interview below.

“I’m Tipsy Baby. I Love You” - Simi Opens Up On How Alcohol Is Affecting Her Marriage To Adekunle Gold

Cardi B Strips Down, Speaks Candidly About Her Pu#*y At The Billboard Music Awards 2019 Red Carpet