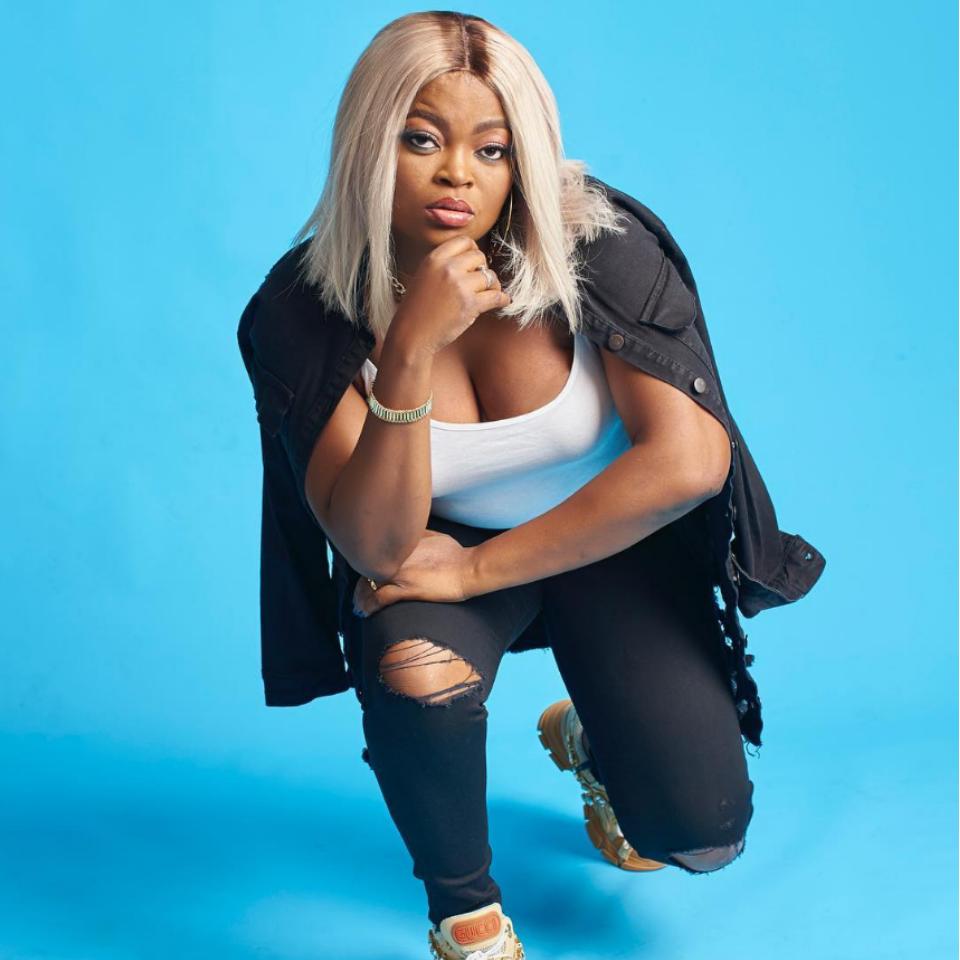 Funke Akindele-Bello has disclosed her earlier struggles in life while trying to start a career in the Nigerian movie industry. The popular actress revealed on her YouTube channel how she used to be “queen” of auditions and “wakapass” roles. She also spoke about how she almost gave up acting but her mother encouraged her not to quit the industry. Eventually, her determination paid off as she got her big break in a soap opera titled ‘I need to know’.

“I am going to be very personal here, talk about some things I’ve been through in life and liken them to whatever you are going through right now.

“Many young people are going through a lot to survive. Struggles, challenges, obstacles and they may want to give up.

“I want you to look at me and my story. When I started acting in 1998, I remember how I struggled to get up there, I got a lot of “no’s”. I was the ‘queen’ of auditions and ‘wakapass’ roles. I would read so well and people will clap, I will be so excited and would think when I get the list, I would get a supporting role. But all I got were roles like church extracts. I remember crying on those occasions.

“But my mother would tell me that I’ve got the passion and it is a God-given talent. She would give me money for my transport fare; sometimes I would trek to some places then take a bus to meet up.

“I could count the number of shoes I had then, maybe two or three. But today, the story has changed. Things changed for me positively.

“After ‘I need to know’, I didn’t get any more roles, I went down; I got back to attending auditions and lobbying, calling people and knocking on doors but none opened. I felt I had lost my chance.

“I can remember going for a project and I met an actress who spoke to the producer on my behalf. I remember going to Oshogbo for the movie, I packed all my clothes, I was so happy because I was told I was going to play a supporting role. I got there, and we were supposed to film but something happened to the generator and we couldn’t film. I was waiting to be called to film in my hotel room but they did not.

“On the fifth day, they called me and I was shocked. I was asked to play the role of a secretary in two scenes. This was after playing a major role in ‘I need to know’. It was devastating for me, I was crying but an actor advised me to take it.

“I took the stipends I was given and went back to Lagos. There were different situations like that where I could have given up but my mother’s words kept encouraging me till I got my big break to produce my own movie.

Nigerian Singer Mr Eazi Reveals How He Made His Money