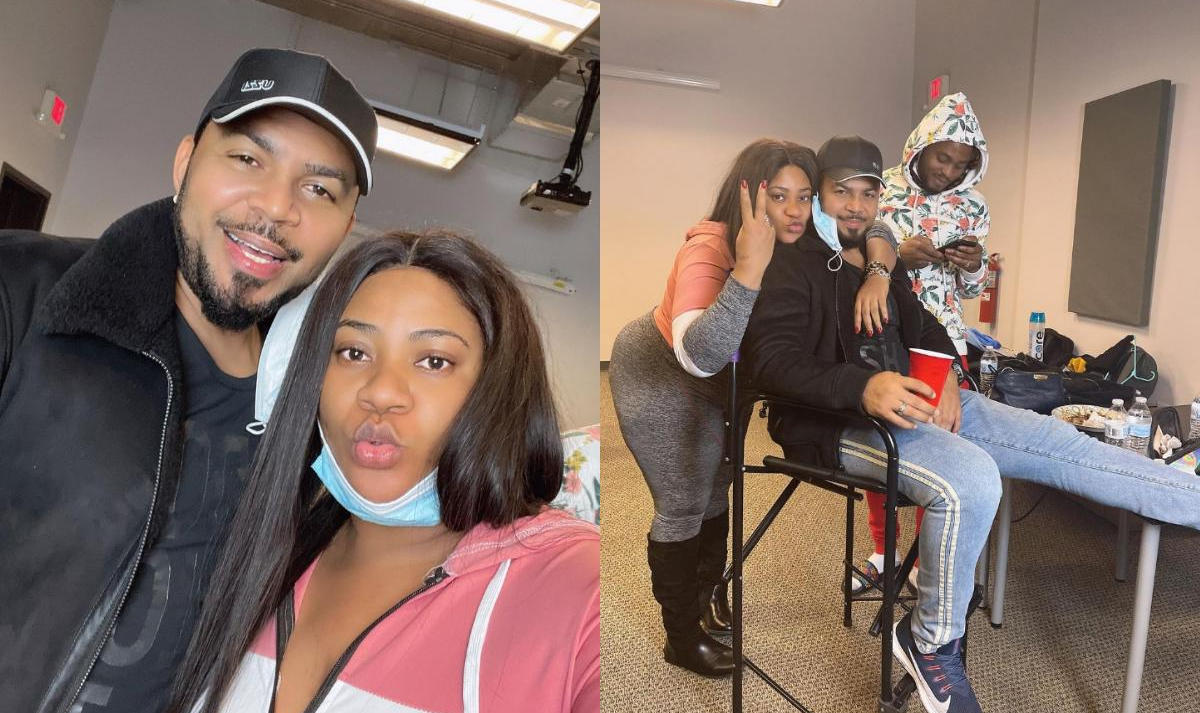 Nkechi Blessing used to think she was such a happy person with a positive effect on all those around her until until she met ageless Nollywood legend, Ramsey Nouah.

The actress met Nouah on set a new project they will be working together. In fact, Nkechi Blessing described it as the “Biggest Movie in 2021”.

READ ALSO:   Singer Queen Naija Opens Up About Her Drastic Body Transformation During Pregnancy, Says "It Has Caused Me Tears, Low Confidence And Doubt"

She shared photos on her Instagram page with the caption;

“I use to think I was a Vibe until I met the legendary,ageless,Super Talented @ramseynouah. He is a Whole MOOD. On set of the Biggest Movie in 2021 **WEB*** brought to you by @siderzentertainment Directed by @woleogundare Cc @moshakodaku @officialolamilakside Coming soon on Netflix #siderzentertainment #hollywood”.

The movie is directed by Oluwole Ogundare.