“If It’s Fight, I Go Training Oh!” – Whitemoney Warns Pere On What Awaits Him If He Continues To Show Hate [Video] 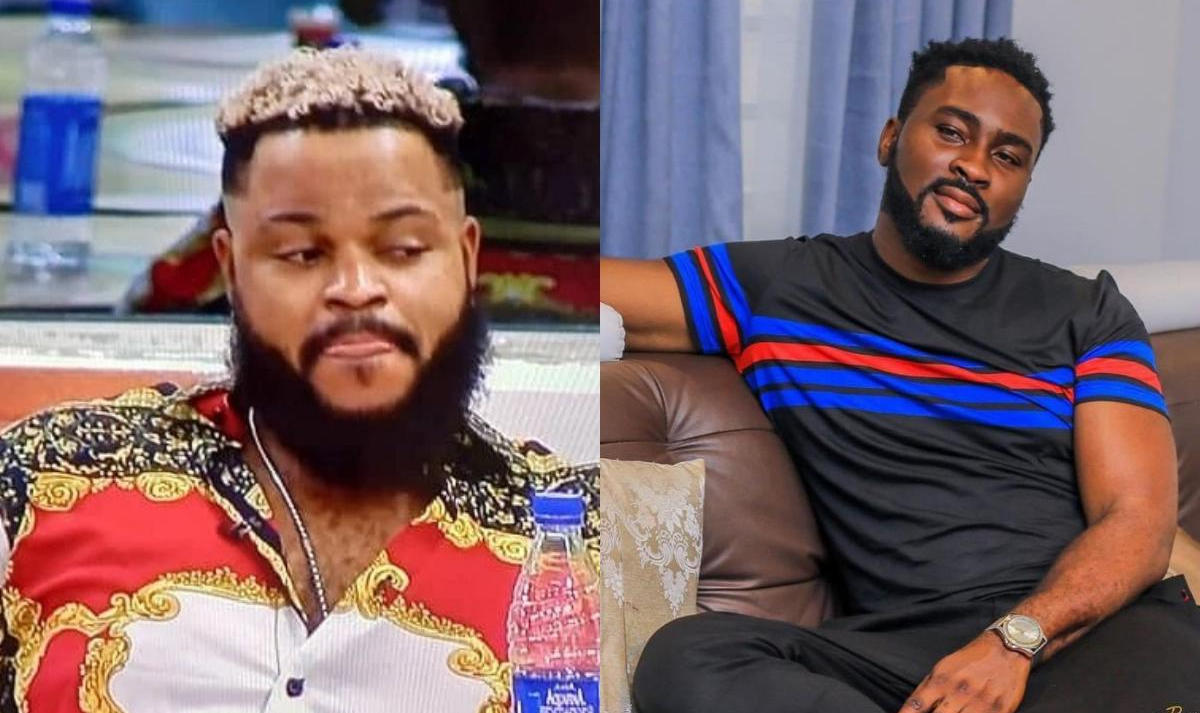 It is no longer news that Pere is visibly intimidated by Whitemoney’s dominating status and threat in the ongoing BBNaija 2021 reality TV show. He sees his chubby fellow housemate as a winner so he has devised several means to cut short that threat.

If you recall, Pere banned Whitemoney from kitchen duties and insisted that other housemates be given a chance to show their cooking skills.

Then as Head of House, he felt it was important to break the Whitemoney’s supposed stronghold to make himself important by cooking all the time to avoid nominations and being kicked out of the Big Brother Naija 2021 show.

Well things appear to be getting worse as they both tried to flex their physical strengths with subtle threats.

While speaking to Pere before concerned housemates, Whitemoney issued a quick warning on the danger of Pere trying to go physical with him. He stated clearly that he has gone for training.

READ ALSO:   Meet The Woman Kate Havord ‘entered by a horse spirit’ Who Galloped As A Horse Until She Was 13

Meanwhile, new HOH Maria tried her best to settle the drama that appears to have reached a point of no return.

"If I Hear Fim" - Browny Igboegwu Says As His Grinning Daughter, Kosi Makes A Complete Mess Of Herself And The Floor While Eating Ice Cream