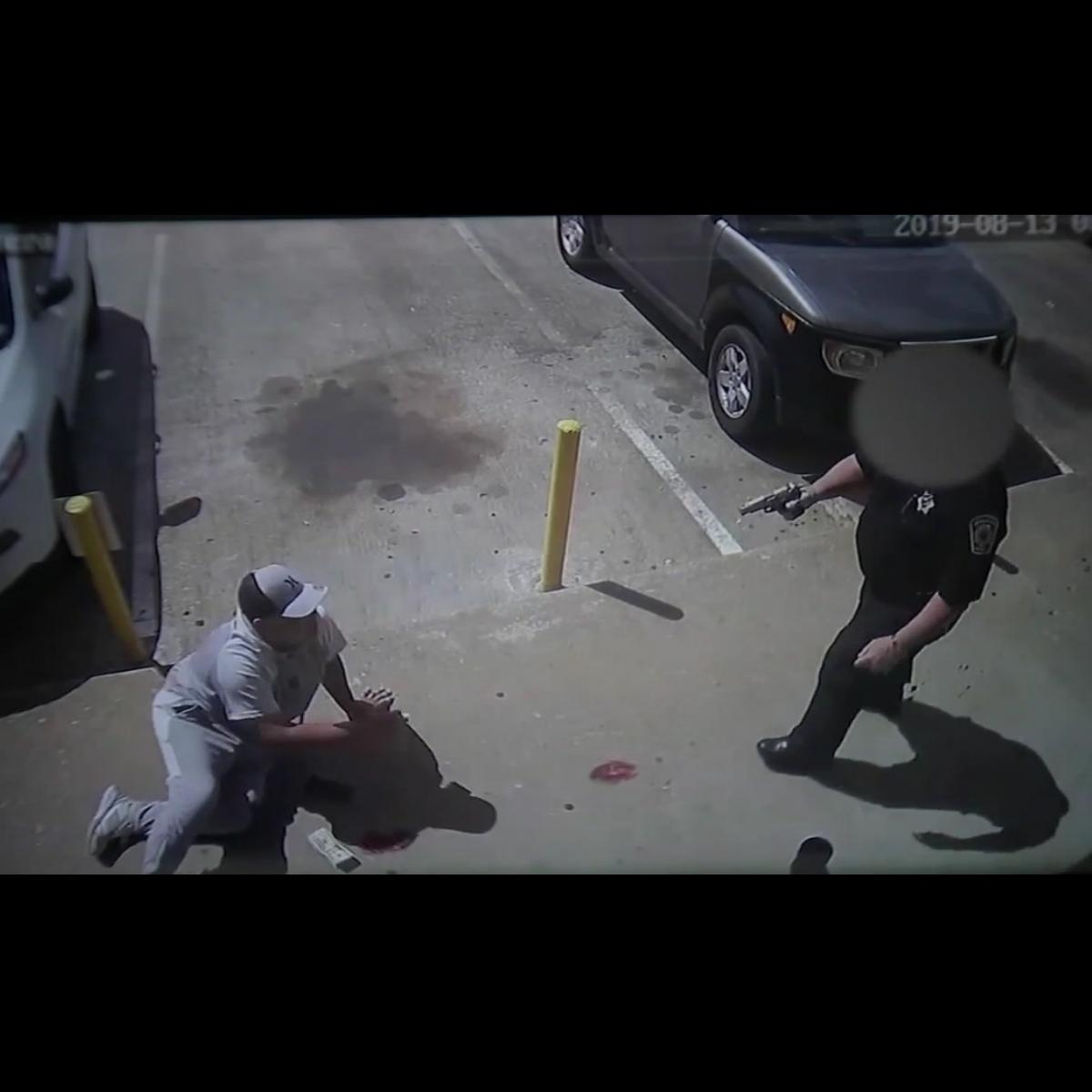 An unidentified man accused of stealing from an illegal game room near Fresh Ink Tattoo & Piercing in southeast Houston, Texas cried out “I’m sorry, bro,” moments after a security guard shot him in the leg. The shooting happened Monday around 11 a.m.

READ ALSO:   Entertainment News Today Headlines: Toni Braxton Insists Fights With Her Sister Like Tamar Are Not A Big Part Of Braxton Family Values, Fans Are Not Convinced And Say They Should Be Embarrassed

According to ABC13, HPD detectives said the injured man is an accused robber who targeted an illegal game room in the shopping plaza. When he ran out with money, the game room’s guard went after him and opened fire.

“The suspect was able to get into his vehicle and fled the scene,” said Det. Gerald Robertson. “He is expected to survive from his injuries.”

READ ALSO:   If You Aren't Paying Any Of This Listed Fee For Me, F#*k Fou - Bobrisky Lists His Bills Which His Haters Aren't Funding For Him

Robertson said the man drove himself to the hospital after he got shot where detectives caught up with him. He also added that criminal charges against the suspect are pending and that the robber is currently wanted on outstanding warrants in Texas and Louisiana.