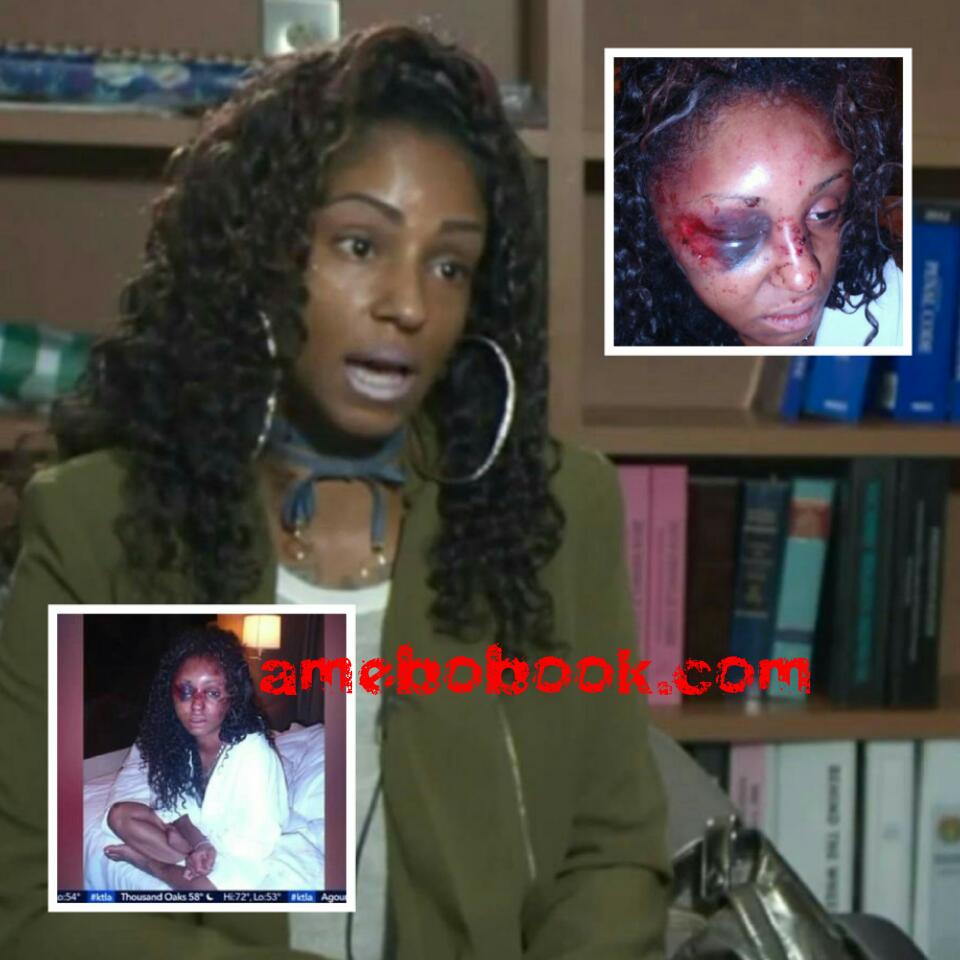 There are many reasons to be watchful over whom you meet/date on social media. One Instagram model India Ali who was beaten up so badly by her IG date that her brain twisted inside her skull, will testify on the negative side of online dating. She remembers so clearly how she woke up naked and badly beaten in a pool of her own vomit last July. The Los Angeles mother of two told the Daily News:

“I lifted up my head and saw all the throw-up. My face was laying in it on the floor”.

“I got up and looked on the bed. There was blood everywhere. I made my way to the bathroom and saw bloody towels on the floor,” she recalled.

READ ALSO:   Goodness Me, Has Anyone Seen Drake's Toronto Mansion? It's Fit For ONLY Kings [Video]

“That’s when I saw how beat up I was. It was like I was in a dream, like a nightmare actually. It was a numb, heavy feeling in my head. I was so dazed,” she recalled.

That’s when the panic set in.

“I thought what if they come back and see I’m alive and really try to kill me? I felt they left me for dead but by the good grace of God I woke up,” Ali, 32, said.

India Ali, 32, then grabbed her purse but could not find her keys in it. At that point, she called 911. Meanwhile, the night before, she had gone on a date with James Baker, 27, a man she had met on Instagram. He had invited India to dinner at a Cheesecake Factory and posted video of their date online.

READ ALSO:   Yul Edochie Has The Deepest And Most Romantic Voice - Ebele Okaro

However, India admitted that she drank too much and has only fuzzy memories of leaving the restaurant. In her state, she couldn’t quite remember how they ended up back at the Westin hotel near LAX.

“I remember standing up in the hotel and he was choking me”.

The beating India received in the hands of her Instagram date James Baker, landed her in the intensive care unit for a week, Los Angeles Deputy District Attorney David Berger said.

Police found Baker in India’s stolen car at a nearby Courtyard hotel.

When caught he claimed she attacked him first.

“He claimed I hit him with a bottle. If it was true, wouldn’t I be in jail? If he really got busted on his head and got stitches, where are they?” she said.

READ ALSO:   "People Only Talk About Others When They Feel Threatened. Use Gods Time Wisely!" — Ghanaian Actor John Dumelo Warns

India has now warned others to be careful about dates with strangers they meet online.

“I don’t want anybody else to go through anything like this. I’m trying to put the word out for the younger generation,” she said.

“Don’t meet up with someone you don’t know like this. Just don’t do it.”

Shocking! Instagram Model India Ali Who Was Beaten Up So Badly By Her IG Date James Baker That Her Brain Twisted Inside Her Skull