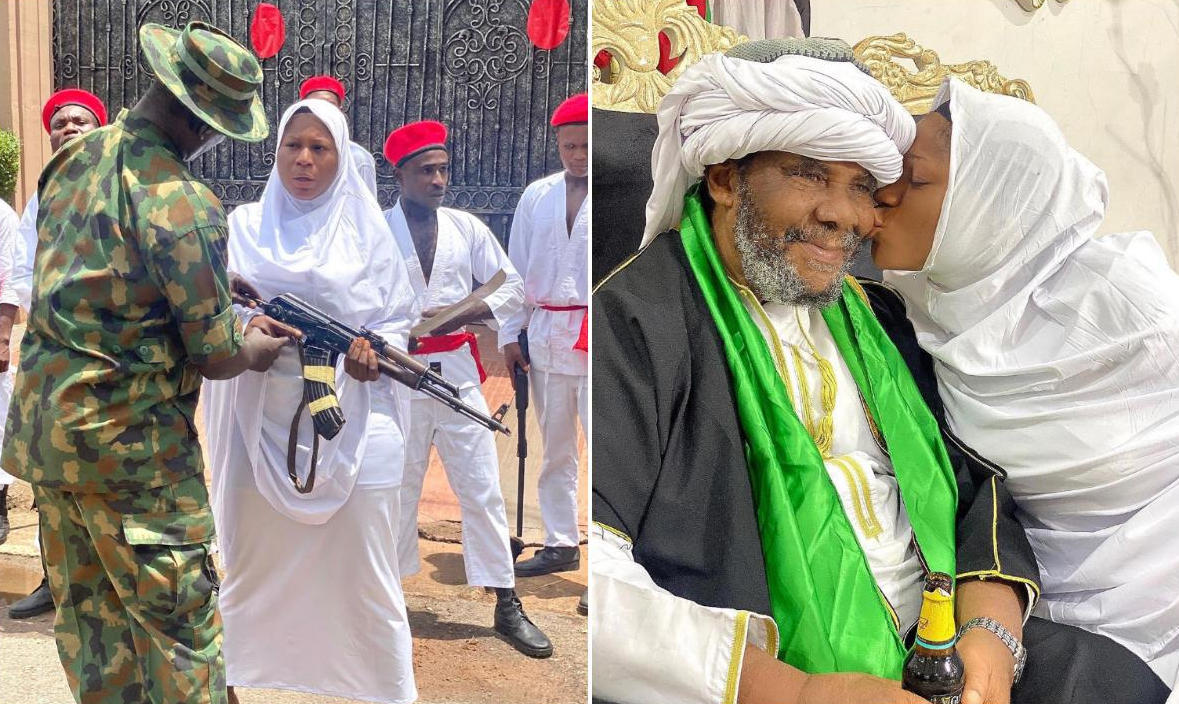 The Shiite Islamic Movement of Nigeria has petitioned the Inspector General of Police over a new Nollywood movie titled “Fatal Arrogance”. Destiny Etiko and Pete Edochie are lead characters with the actress even sharing on set photos on her Instagram page. If you missed that, read it right here!

The Islamic group insists the movie portrays Muslims as terrorists and is capable of causing disunity in the country, according to the statement released by the president of the media forum for the Shiite group, Ibrahim Musah.

“Fatal Arrogance” is centered around the incident that happened between the Shiite sect and the convoy of Chief of Army Staff, Lt Gen Tukur Buratai in Kaduna.

“The Islamic Movement in Nigeria wishes to call upon the respected professionals of Nollywood to address this issue immediately.

“If film producers are not careful, some disgruntled elements in governance will make them side with the oppressors against the oppressed as the film “Fatal Arrogance” is meant to achieve.

any move to justify the brutal and inhuman Zaria genocide of December 2015 is an affront on the Rome Status of the International Criminal Court…….”