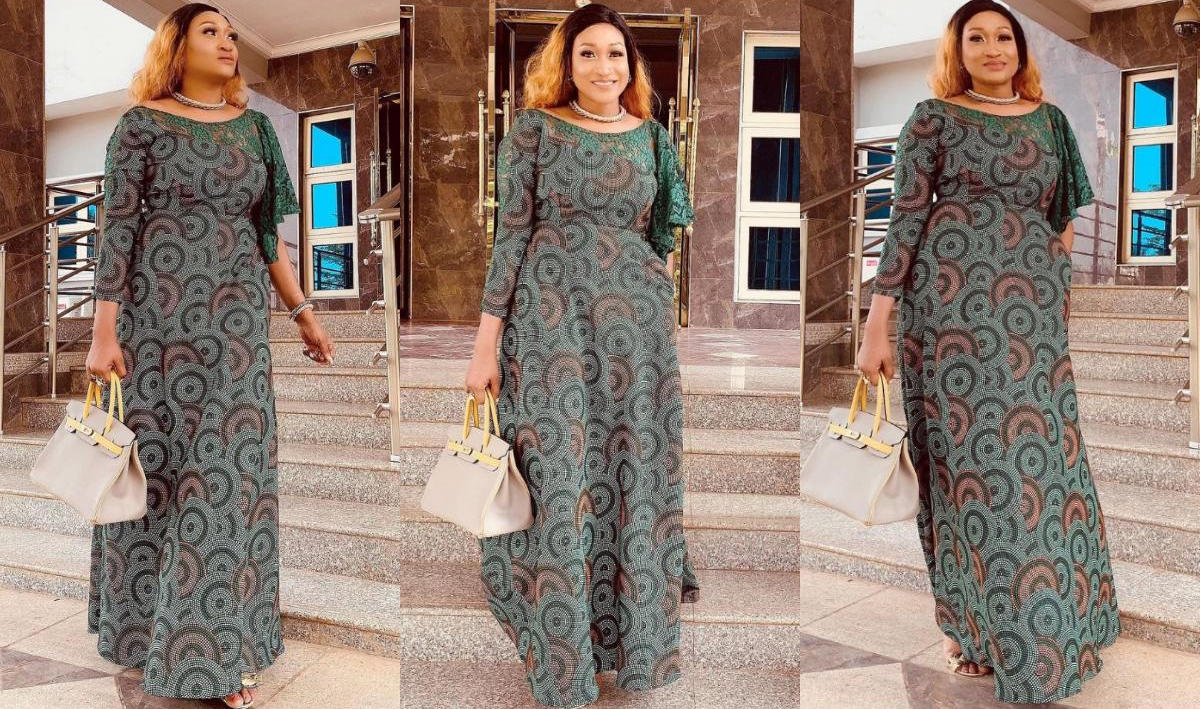 Ebube Nwagbo announced the death of her mother, Mrs Cecilia Chinyere Nwagbo via her Instagram page in the early hours of Monday, Jan 18 after a battle with an undisclosed ailment.

The Nollywood actress described her mother as a “fighter” till the very end. Ebube also promised to be strong for her daddy and younger ones.

Her Service of Songs was held 4th March, 2021 while the Funeral Service/Burial was a day after on the 5th at Ozara Akukwa, Umuchu, Aguata LGA, Anambra state.

There were several celebrities in attendance who came out to support one of their own including Oge Okoye. The thespian shared photos of her outfit which she wore to pay her last respect. She captioned:

Walter Anga Celebrates His Son Tamunon-Nengiyeoforiye On His 17th Birthday