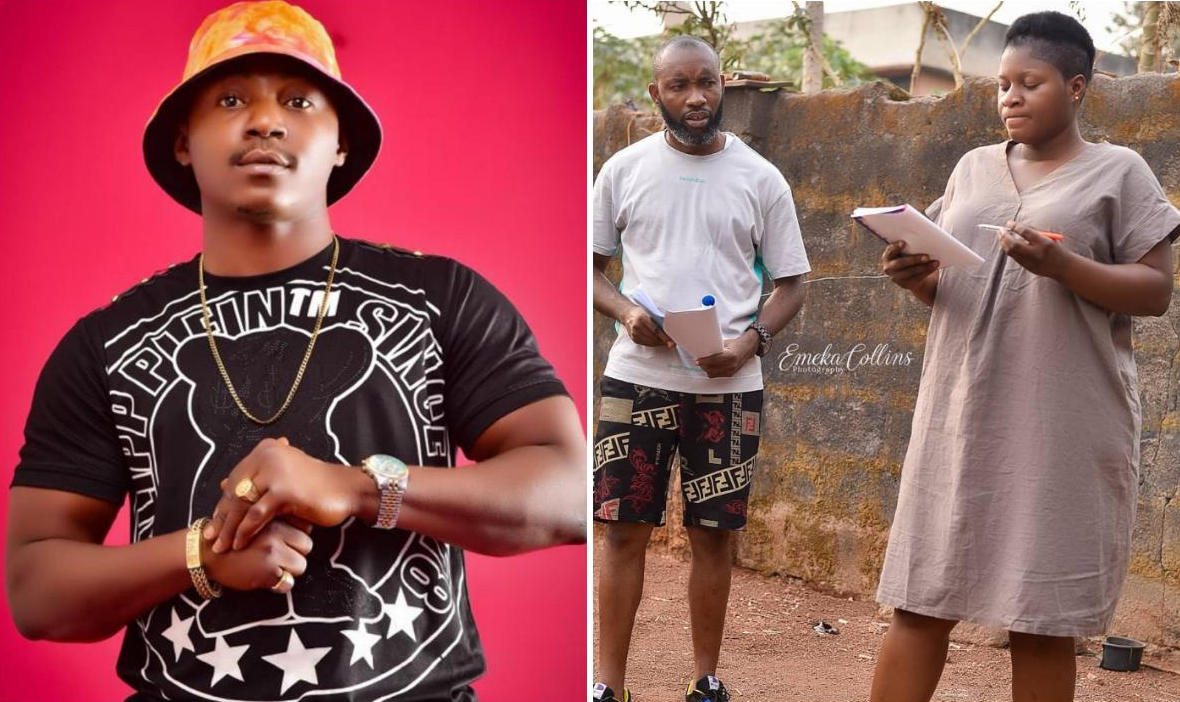 Ebele Okaro, Uju Okoli and Harry B Anyanwu showed off their rap skills while on set sometime back.

They took turns while flowing that it would have been difficult believing they are just Nollywood stars with the exception of Harry B whom we already know can rap.

This time, Destiny Etiko showed that if she was to ever give up movies, the rap game will be just as lucrative.

The thespian is currently on set a new movie, “My Career” which also stars Jerry Williams, LizzyGold Onuwaje, Maleek Miltons among others.

However, it is not clear as at the time of filing this report if this was the movie that Destiny Etiko was rapping in but it appears most likely.