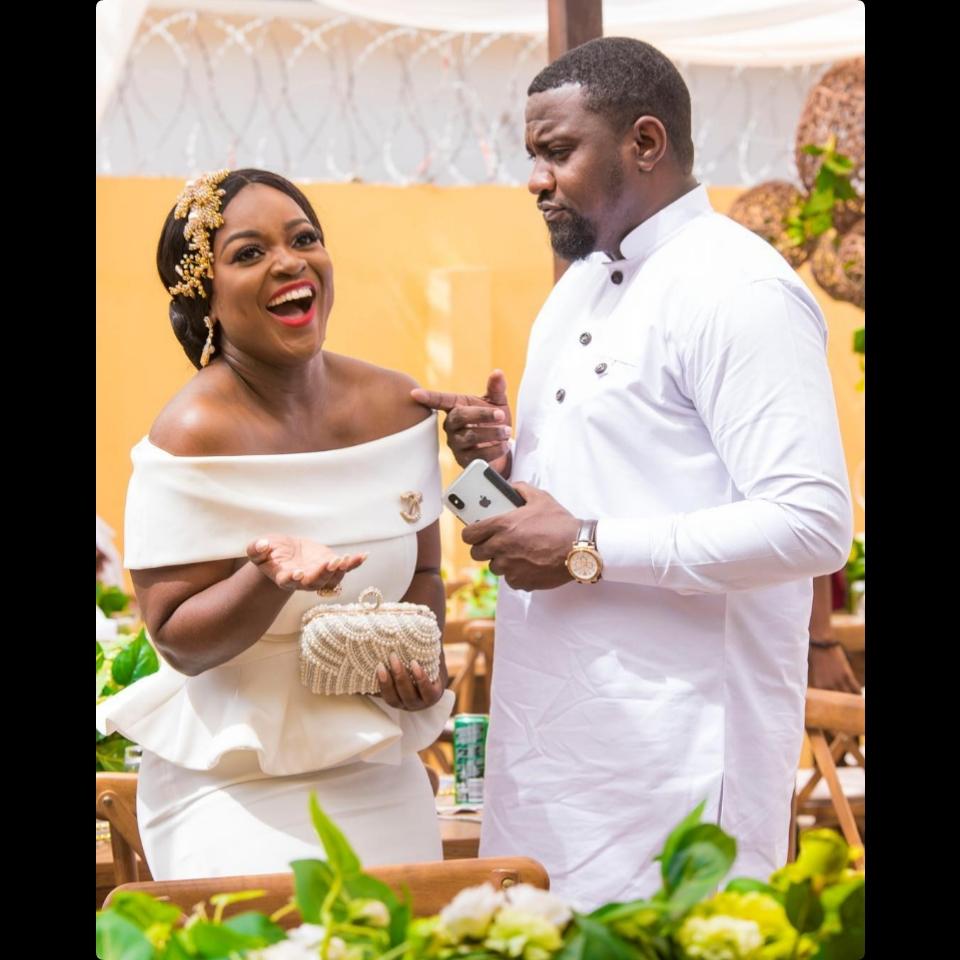 The early hours of March 3, saw celebs troop in large numbers for Frederick Nuamah and Martekor private engagement ceremony which was held at an undisclosed location believed to be the residence of Martekor. It was an all white ceremony which saw Jackie Appiah and John Dumelo in attendance. Of course they posed for the cameras and loved every bit of it.

READ ALSO:   Mood: Shatta Michy Puts Her Cleavage On Display In "Dare To Be Different" Shoot

"Are You Serious, So Why Are You Dating Me If You Can't Say Yes?" — Man Rejects Girlfriend Of Six Years After She Proposed To Him At The Accra Mall