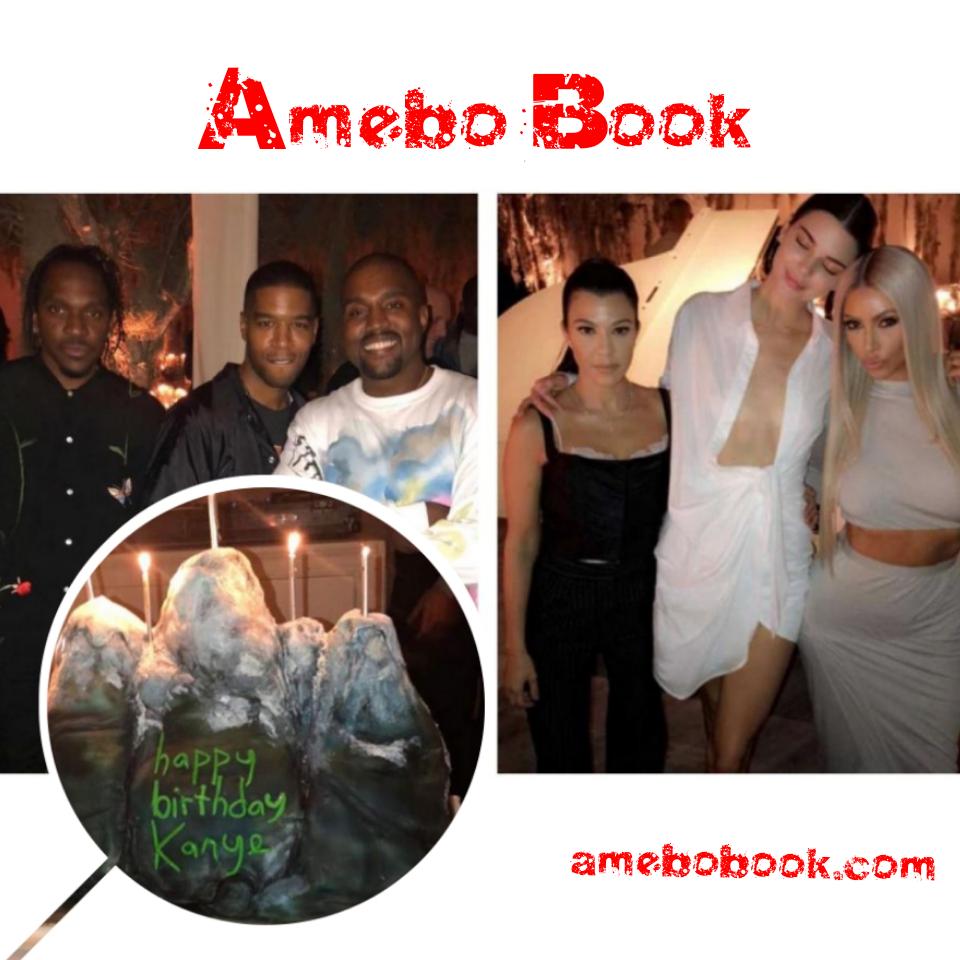 Most celebs can afford to buy anything they think of. So what then do you get Kim Kardashian’s husband? Yes, Kanye West celebrated his 41st birthday and plenty was on display.

There was Lattes topped with his face on and a song from cartoons Rick and Morty.

Kanye’s birthday had an intimate dinner party with everyone feasting on his face on both coffees and cookies. The bash which was held in his LA mansion, had the rapper’s Wyoming collaborators Kid Cudi and Pusha T in attendance. Quavo, Twitter CEO Jack Dorsey, and of course, the Kardashian family were seen having a blast.

We also saw the delicious looking mountainous cake which was modeled after the cover of his new solo album Ye, which features a landscape shot of Wyoming taken by Kanye on his way to the listening party.

READ ALSO:   Davido Reveals The Bad Boy Capabilities Of Special Spesh, Smoking, Drinking And So Much More. Find Out!