Kate Imasuen: Security Guard Had Her Tooth Knocked Out For Protesting Against The Defilement Of Her 14-Year-Old Ward In Ogun State [Photo] 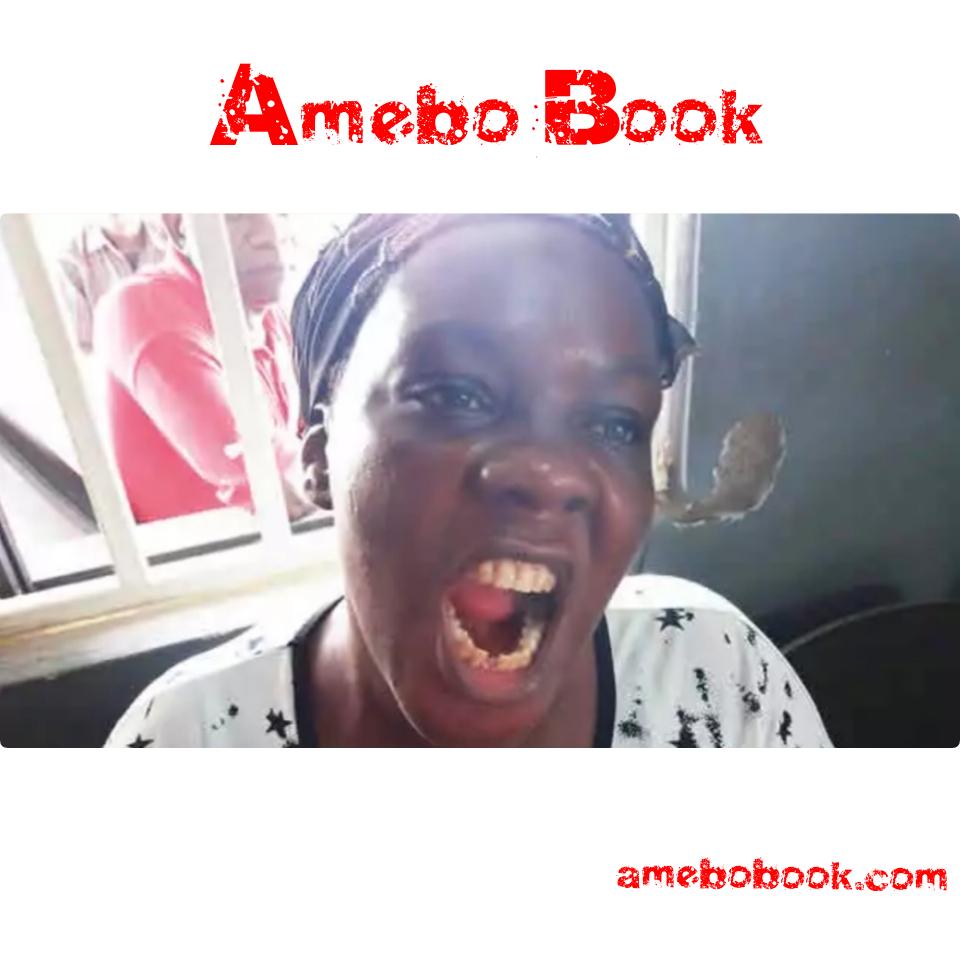 Shocking: Security Guard Had Her Tooth Knocked Out For Protesting Against The Defilement Of Her 14-Year-Old Ward In Ogun State

A security guard identified as Kate Imasuen, 32, had her tooth knocked out for protesting against the defilement of her 14-year-old ward, Favour, in Arepo, Ogun State. It’s understood the woman who was also injured in the hand, was attacked by relatives of a certain Sunday, aka Sunny, a motorcycle rider, and suspect in the defilement of Favour.

According to Punch Metro, Sunday abducted Favour for four days and hid her in his house located at Pure Water Street, Arepo. It was during this time he allegedly slept with the victim. It’s gathered that the Edo State-born Imasuen and Favour’s father, who is from Cote D’Ivoire, were in a relationship. Imasuen was charged with the responsibility of looking after Favour who is her father’s only daughter from a previous marriage. The man then travelled back to his country in March 2017 promising to return two months later for his daughter. However, he later informed Imasuen that he would return for Favour in October. She said:

“I feed her well and give her all that she needs. However, sometime in April, I saw her with a loaf of bread and asked who bought it for her. She said Sunny, a neighbour from the next compound.

“Since I knew what that kind of gesture could mean, I called the man and told him Favour was 14 years old and a minor. I told him to stay away from her and not allow her big stature to deceive him. After I spoke, Sunny’s sister and elder brother, who live with him, insulted me. They asked if I was up to her age when I was deflowered.

“Two weeks ago, I travelled to Benin to see my family members; I returned on Thursday, October 25 and I saw her putting on a weavon (hair weave). I asked how she got money for it and told her to remove it because I don’t allow such in my house. That was how she disappeared.”

According to Imasuen, she kept searching for Favour but with no luck. Even Sunday’s elder sister, Maria, denied knowing her whereabouts. Eventually, the 14-year-old emerged around 10.30pm but attempts to know where she had been hiding was abortive. She added:

“I insisted that she must remove the weavon, but my elder sister asked me to bring her inside the house. When I went to call her, she was gone again. When I called her father, he said I should not report to the police yet.

“On Sunday, around 8am, she suddenly emerged from her hideout. I asked where she had been and when she didn’t reply, I told her to return to where she came from. That was when she left the second time.

“I asked neighbours the direction she took and I was told she went to Sunny’s room. Then it dawned on me that she had been there all along. I remembered they had bought thick curtains for their door and windows to shield her. Sunny’s sister had been cooking for her, with four men with her in the room. She was being defiled.

READ ALSO:   Test Your Brain: What Faults Can You Pick Out From This Photo

“Sunny’s family started begging me. I told them that they backstabbed me despite knowing that I had been looking for the girl. That was how they pounced on me, knocked out my tooth and inflicted injuries on my body”.

By the time Imasuen who had gone to the hospital to treat her injuries returned, she was told that the police had been looking for her. Meanwhile, Sunday had reported the case to the police at the Warewa Police Post. It was after she reported at the station and narrated what happened had happened, that Sunday was arrested for allegedly abducting and defiling Favour. The 14-year-old disclosed that although Sunday had slept with her four times, he didn’t touch her for the period she slept in his house. She added that she fled to the suspect after Imasuen asked her to remove the hair weave on her head.

“She treats me well, although she sometimes beat me over nothing. Sunny and I became friends in April. That was when he started sleeping with me. Since the time we have been dating, he has slept with me only four times. I am 14 years old, but I don’t know his age.

“On the Thursday that she (Imasuen) came back, I plaited my hair using weavon and she said I must remove it. Out of fear, I asked Sunny for money to travel back to Cote’D’Ivoire to meet my mother. He promised to give me money on Sunday and said I should stay in his room till then.

“That night, he said I should first go and beg her. When I returned, she beat me up and ordered me to go outside. So, Sunny kept me in his room till Sunday.

“When I returned to her (Imasuen) on Sunday, she asked where I was coming from. I then returned to Sunny’s room. She started abusing him and calling him a kidnapper. Sunny’s brother begged her, but she refused to listen. She was angry and started beating me. Because Sunny’s brother prevented her from beating me, she started insulting him. That was how the fight started. Sunny did not touch me for the four days I was in his room. I was menstruating at the time.”

The police have ordered medical tests to be conducted on the victim while Sunday is in custody.

Horror Attack: Security Guard Had Her Tooth Knocked Out For Protesting Against The Defilement Of Her 14-Year-Old Ward In Ogun State