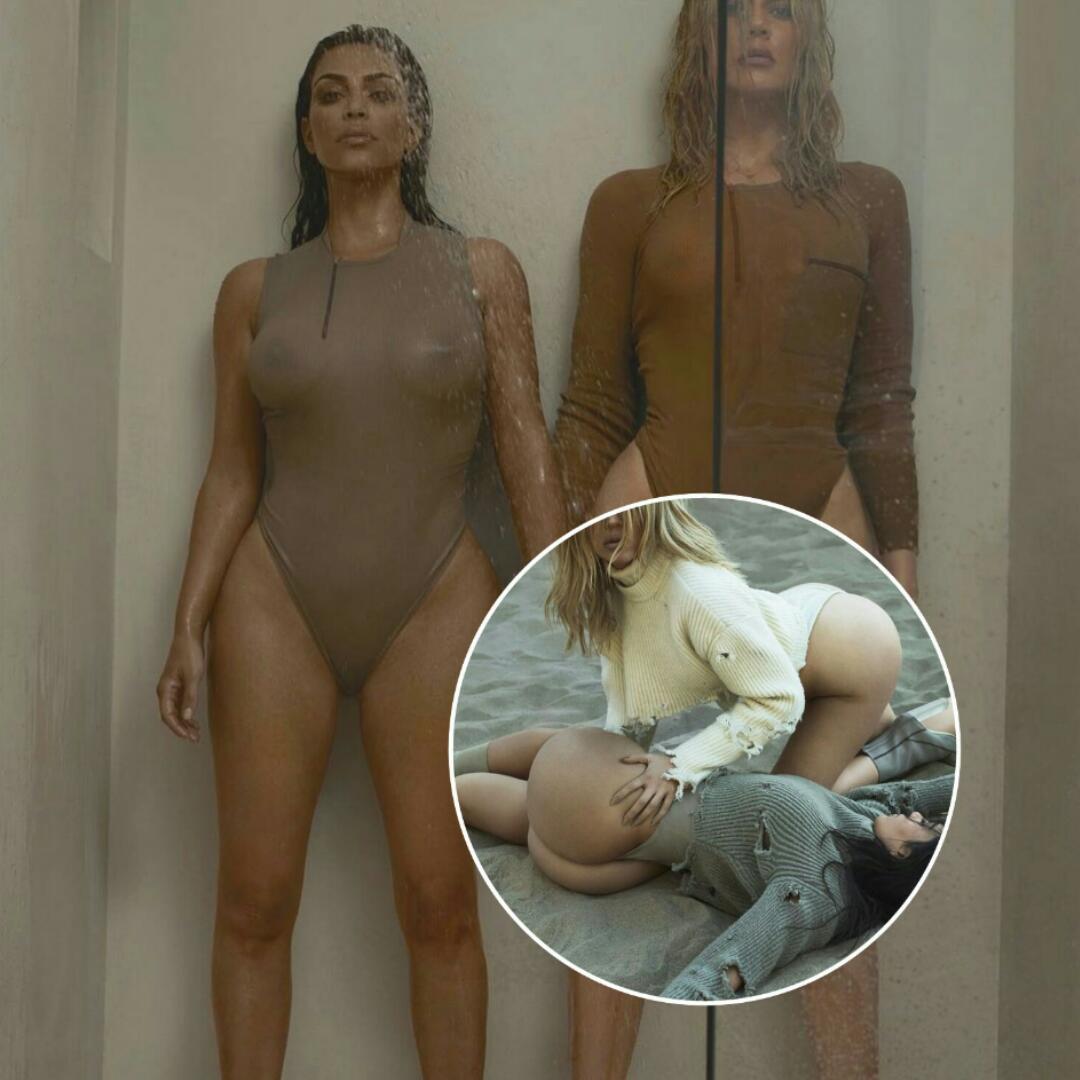 Like you already know, the Kardashians are not shy when it comes to putting their boobs and bums on full display. Actually, they thrive on it. Kim, 36, and Khloe Kardashian, 32, bared their bums in Yeezys season 3 for 032c magazine winter issue.

In the provocatively sexy photos, Khloe is seen grabbing Kim’s bare ass with her hand as they roll around in the dirt at the construction site of Kim and Kanye West’s Calabasas mansion.

The shoot conceived by Kanye West, features other stars like Travis Scott.

DJ Khaled Shares First Photos Of His Son, See All The Celebs Pampering His Son, Asahd Khaled, With Attention