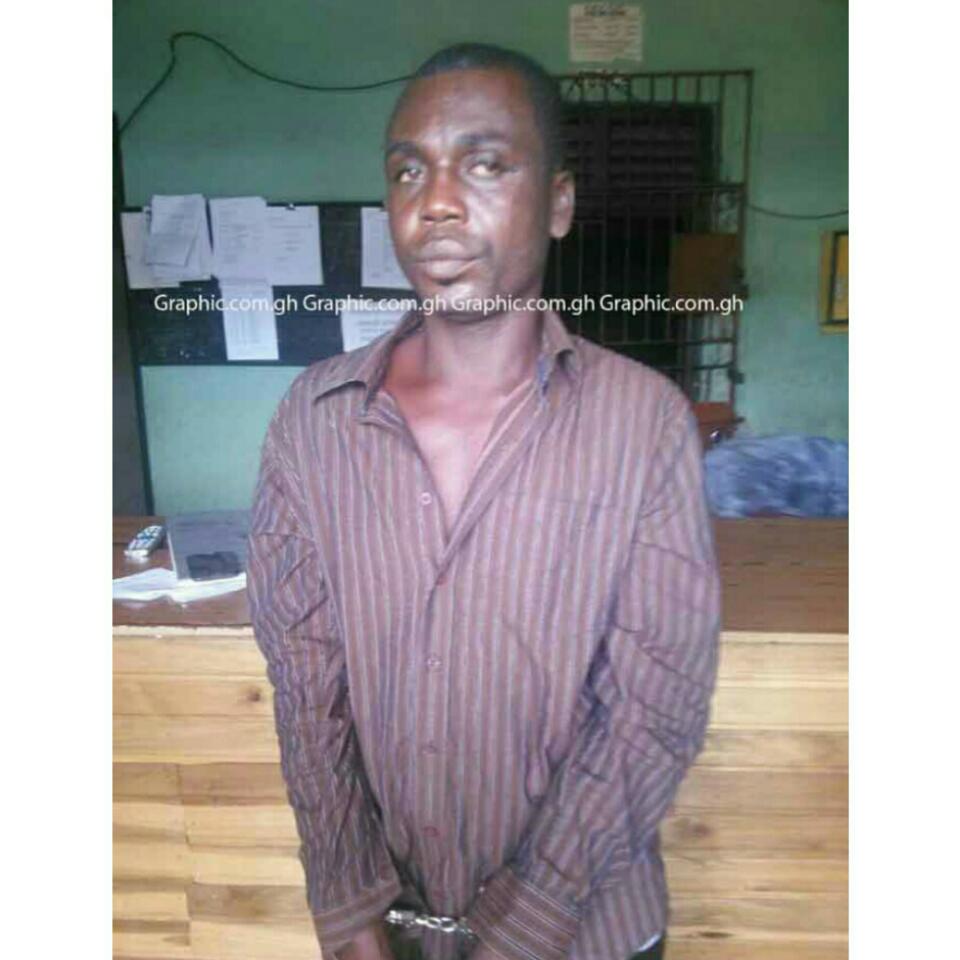 Kwame Tuffuor, 36, one of the suspects in Captain Maxwell Mahama killing has spoken about the incident. He claims he was going to carry wood for his mother when he heard they had arrested an armed robber.

According to Felix A. Baidoo who reported from Nyinahin in the Ashanti, the police arrested the suspect at Domeabra near Nyinahin.

READ ALSO:   Hiphop News: Rapper The Game Has Inspirational Words In Nipsey Hussle's Memory, "Understand That Life Will Test You"

Graphic Online also say that the Nyinahin District Police Commander, Assistant Superintendent of Police, Ambrose Aboagye, disclosed that around 9:00 am on Sunday, they had information that the suspect, Kwame Tuffour, 36 years and his accomplice, Kwame Agyei, 40 had taken refuge in the community for the past three days. The police then rushed to the community and could only arrest Tuffour since Agyei left the community early in the morning to an unknown location.

According to the police, Tuffour admitted being part of the killers of Captain Adam Mahama during interrogation at the Nyinahin police station. He also told the police that they came to Domeabra because he (Tuffour) had worked in the community some years ago as a chainsaw operator and wanted to take advantage to seek refuge there.

Suspect Kwame Tuffour has been transferred to Accra.

See The Photo Of The Lady Who Raised Alarm That Made Residents Lynch Captain Maxwell Mahama — She Struck The Matches Used To Burn Him!

WANTED: Faces Of PRIME SUSPECTS In The Lynching To Death Of Captain Maxwell Mahama

Ghanaian OAP Afia Schwarzenegger Has Given Her Opinion Regarding The Death Of Captain Maxwell Mahama And It’s DAMNING! — “This is a nation that our judges take goats to free criminals… country that killed Capt Max Mahama…we are all guilty!!!!”