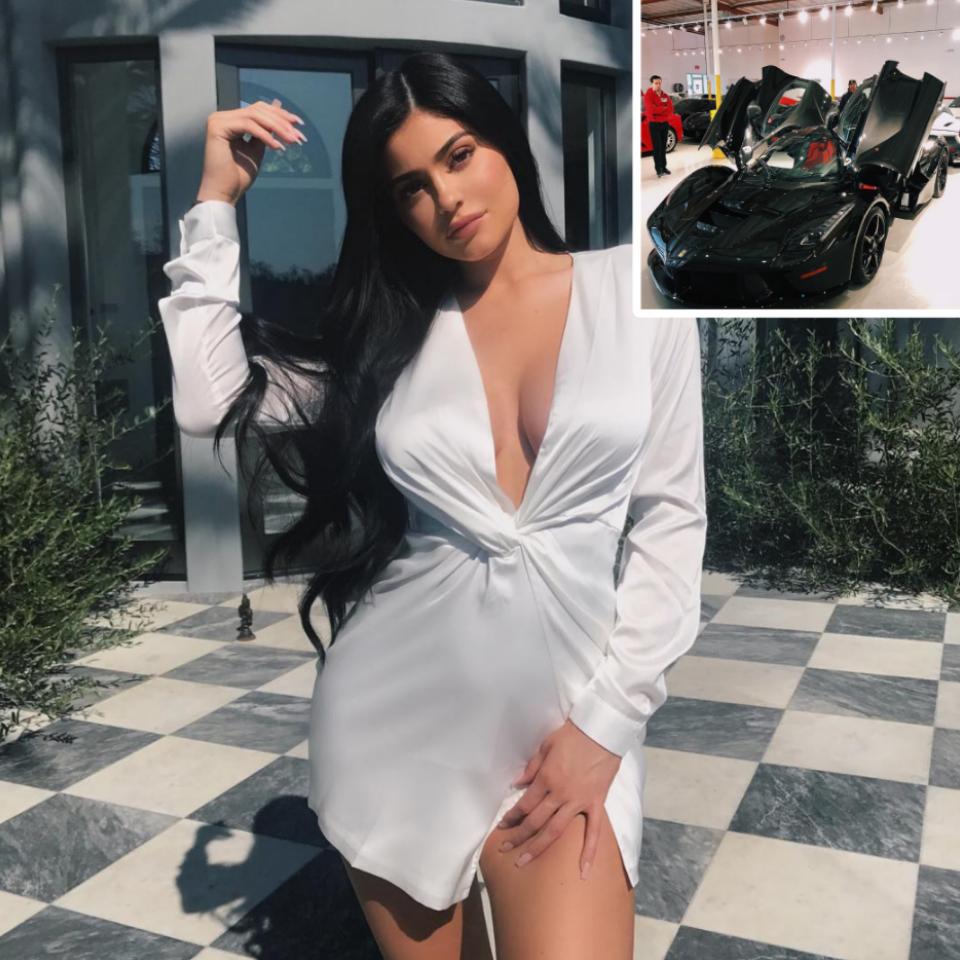 Kylie Jenner showed off her new Ferrari reportedly worth $1.4million. It’s been suggested that Travis Scott gave it to his baby mama as “push present” after Stormi Webster was born on Feb. 1. However, Jenner was forced to change the caption of the photo from “Picking up my main girl” to “picking up my new bitch.”

READ ALSO:   Cristiano Ronaldo Has Shared Another Photo Of His Twins Via Surrogate Mother — He's So In Love With Them!

She had been slammed by fans who wondered if her Ferrari was her ‘main girl,’ then where would it leave her daughter, Stormi.

Fans Think The Real Rick Ross Has Been Replaced By The Illuminati After Hospitalization, Slimmer Photo Got Them Convinced

Mr Ibu: John Okafor Thinks It's Shameful That Nollywood Does Not Have A 'Benefitting Home'