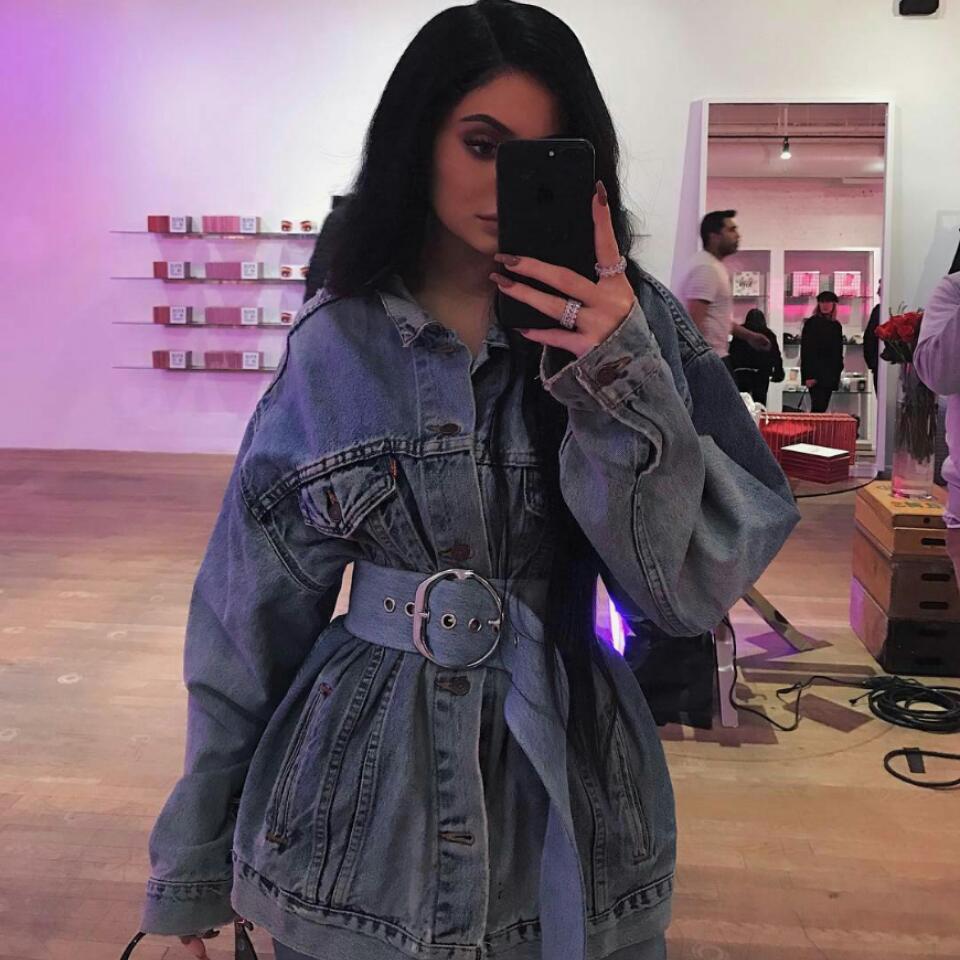 Kylie Jenner stirs controversy in topless photo while puffing cigarette isn’t the type of title that should worry the reality TV superstar. However, her fans are not happy with the cigarette she held on to while puffing away. The fans argue that Kylie appears to be promoting smoking cigarettes as though it’s a cool thing to do. Anyway, in the artsy black and white image, The Keeping Up With The Kardashians star looks super glam in full make up and cascading waves.

Known to have a strong teen fan base, Kylie Jenner was slammed for not setting a good example as she is easily a role model.

See the pic in which Kylie Jenner courts controversy with topless smoking shot in full below.

“Why do you think it’s cool smoking in your shoots? All of your young fans and your promoting smoking…interesting[sic]”.

“Lung cancer is so cool”.

While another bashed, “She’s smoking. Unfollow – I thought you were cool.”

Another implied Kylie Jenner was a wannabe: “So sad to see her destroying herself just to be like her sisters.”

See How Unrecognizable Nollywood Actress Omoni Oboli Is In A Wig