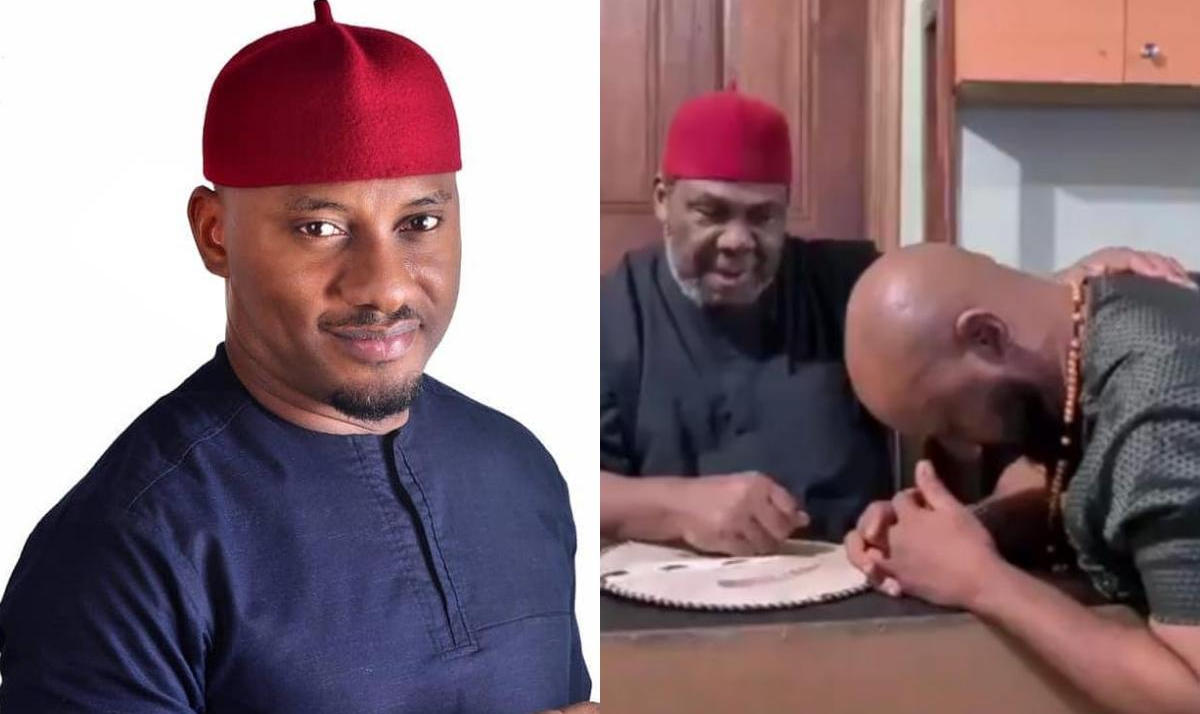 Pete Edochie has endorsed the 2023 presidential ambition of his son, Yul Edochie.

Yul posted a video on his social media pages showing his father bless him. The younger Edochie is seen on his knees receiving prayers while he knelt down before the veteran Nollywood actor.

Destiny Etiko, Ngozi Ezeonu, IK Ogbonna, LizzyGold Onuwaje, Ebube Nwagbo, Mimi Orjiekwe, Joyce Kalu and Jerry Williams were among those who reacted in the comment section of the post.

Yul Edochie hails from Anambra state. He had earlier attempted to become governor but was unsuccessful.

The Nollywood actor started his political career on the 14th of July, 2017 when he declared his intention to run for the Anambra state gubernatorial election as the flagbearer of DPC of which he came out with 145 votes.