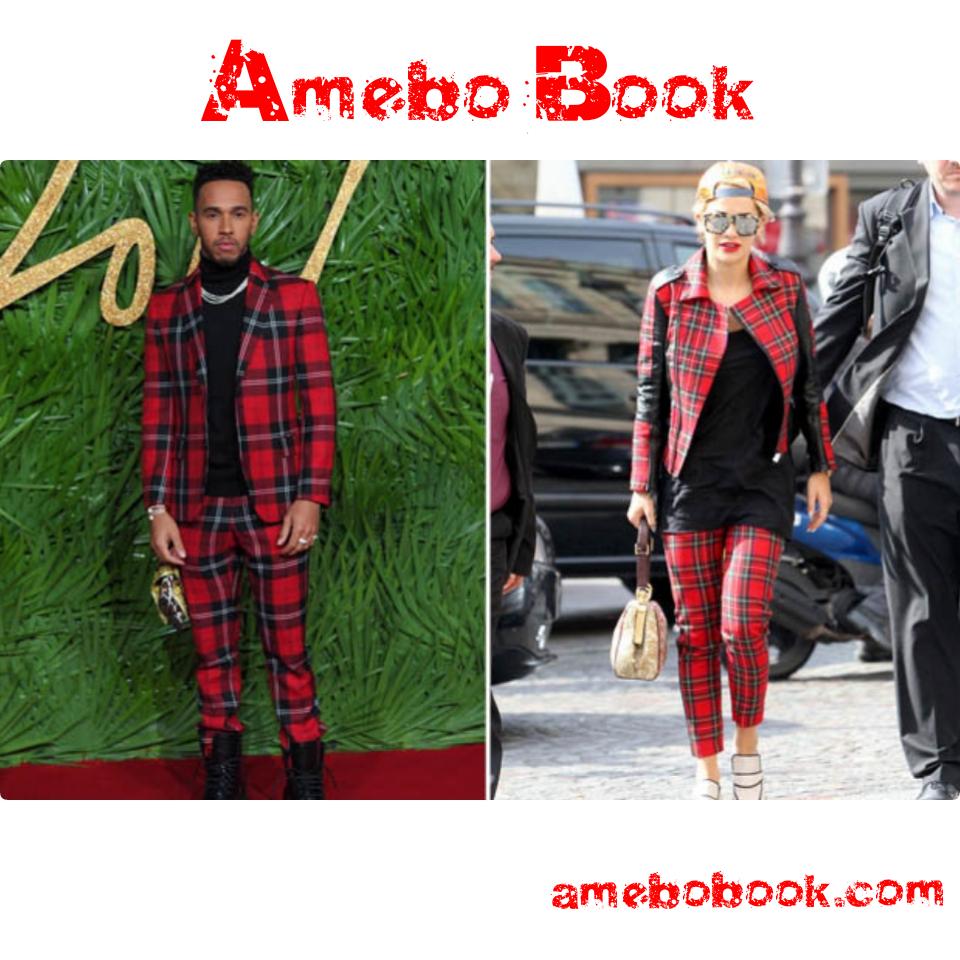 Lewis Hamilton, 32, mocked his little cousin who was wore a purple and pink dress with a toile skirt last week.

The Formula One driver filmed the boy and shared on Instagram. He told his followers in the now deleted post:

“I’m so sad right now” then turned the camera on his young nephew Kaiden.

READ ALSO:   I Overcame Poverty By Getting Out Of Nigeria And Staying Far Away From Nigerians — Hushpuppi Reveals

Well, here’s proof Lewis Hamilton has a fetish for rocking girly clothing especially aimed towards having that Rita Ora look.

Anyway, Hamilton has apologized. He took to Twitter admitting his post was a “lapse in judgement”. He said:

“Yesterday I was playing around with my nephew and realised that my words were inappropriate so I removed the post. I meant no harm and did not mean to offend anyone at all. I love that my nephew feels free to express himself as we all should.

“My deepest apologies for my behaviour as I realise it is really not acceptable for anyone, no matter where you are from, to marginalise or stereotype anyone.

Lewis Hamilton Actually Dresses Like Rita Ora, See For Yourself!

"Devil Came For My Life" — Nollywood Actress Georgina Onuoha Shares Testimony On How She Survived Ghastly Car Accident Earlier This Month, Vehicle Flipped 3 Times And Her Life Flashed Right In Front Of Her [Photos]

Rita Ora St**”s Off For Bathroom Selfie — Check Her Out!