Magun: Man Got Glued To His Best Friend’s Wife Behind While Having Adulterous Sex [Video] 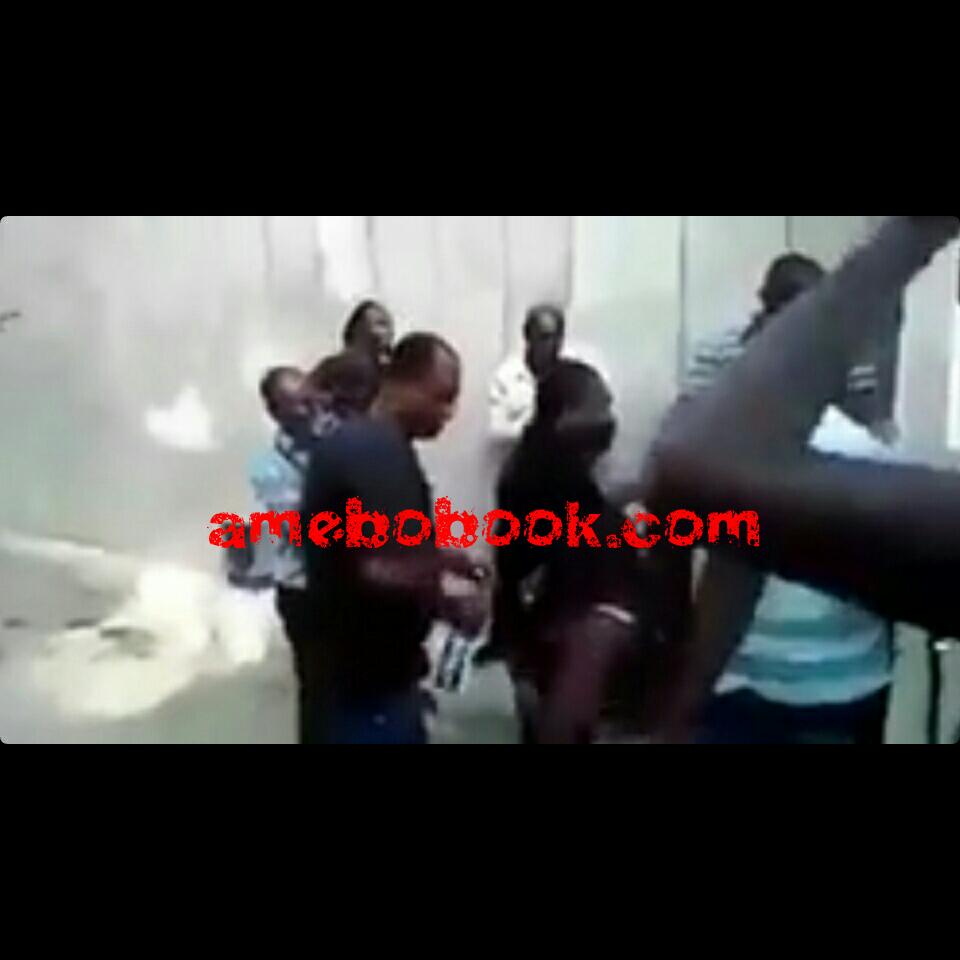 Shocking: Man Got Glued To His Best Friend’s Wife Behind While Having Adulterous Sex

An adulterous pair have been taught a lesson in remaining faithful after being disgraced. It’s understood that a man got glued to his best friend’s wife from behind while having adulterous sex. In the video, the woman was heard crying out in pain as they took entered a house where the magun was broken.

Just incase you don’t know what the dreaded MAGUN is, know now that it is a charm specially prepared by a witch doctor to catch cheating partners. It is also known as Thunder bolt or “edun ara” in the Yoruba culture of Western region of Nigeria. In other words, magun means “do not climb” in English Language or “iwo ko gbodo gun” in Yoruba Language. Anyway, enough of the lecture so you can watch the show of shame play itself out. CHAI!

Shame: Man Got Glued To His Best Friend’s Wife Behind While Having Adulterous Sex

Vott Lowe: Woman Has Gone Viral After Her Facebook Post Shows Her Appreciation For Her Son’s Father’s Girlfriend

Actress Juliet Ibrahim Questions Cheating Partners, Says “If You’re Committed To The Person, Stay With Them”

Shepherd Muringani: Police Have Arrested Married Man Who Set Girlfriend On Fire For Cheating On Him In Zimbabwe

Black Man Catches His Oyinbo Wife In The Act With Another Man. She Walks Him Out Of The House, Saying It’s Her House [Video]