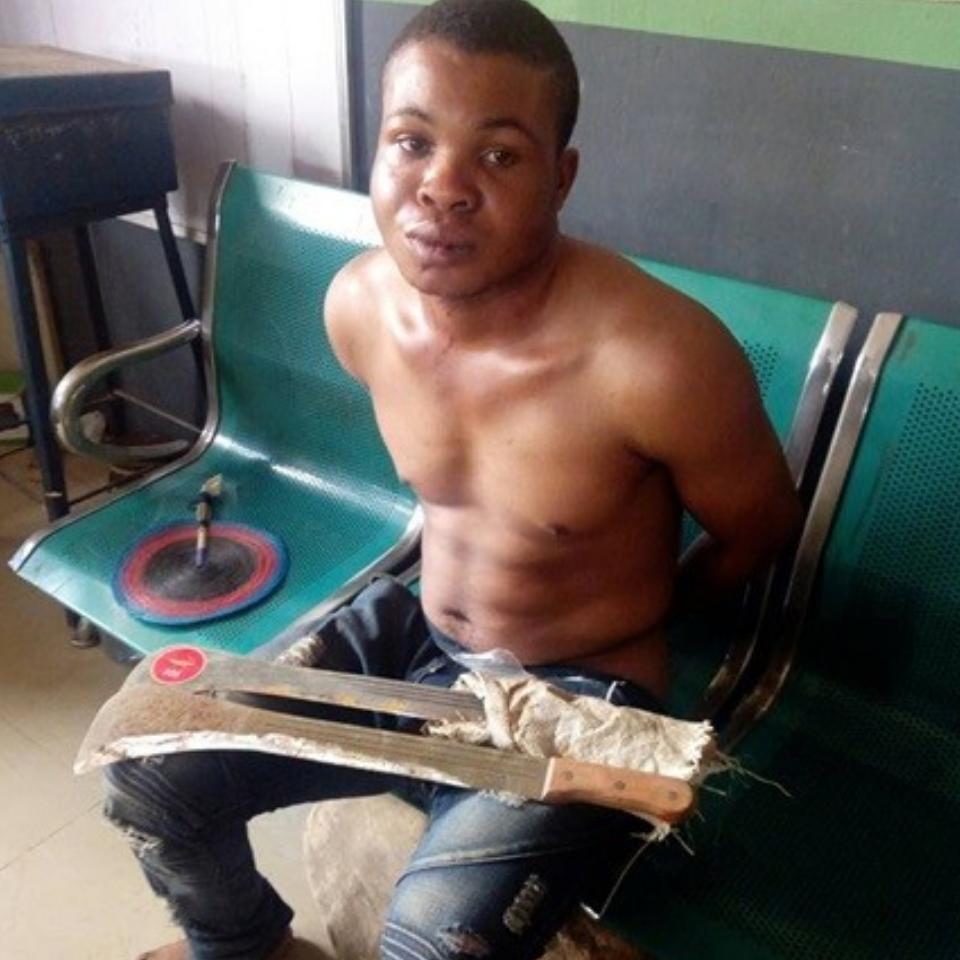 Okwudili Okoro: Man Arrested After He Hacked His Elder Brother And Sister-In-Law To Death Because He Was Not Settled

A man identified as Okwudili Okoro, has been arrested by the Ogun State Police Command after he brutally hacled to death his elder brother, Azubuike Okoro and his wife, Jacinta, when the couple were having their meal on Saturday. It’s understood the suspect was furious after he had served his deceased brother as an apprentice in his cosmetics trade for three years, and when it was time for him to be settled, his brother made excuses.

Okwudili then contracted his accomplice, Kenneth when he realized his brother was not going to settle him. They bought two cutlasses and sharpened them before proceeding to his deceased brother’s house in the Ijako area of the state.

READ ALSO:   Latest News In USA: Watch The Shocking Moment Tennessee Father Opens Fire On Police With His Three Kids In The Car

Spokesperson for the Command, Abimbola Oyeyemi, who confirmed the incident said the suspect claimed he killed his master for not settling him after serving for three years.

“Upon his report, the DPO Sango Division, SP Nasirudeen Oyedele, led detectives to the scene where the suspect was arrested but his accomplice escaped. On interrogation, the Ebonyi State born suspect claimed to have served his deceased elder brother for good three years, and when it was time for him to be settled, his brother kept on posting him from time to time,” said Oyeyemi.

READ ALSO:   Rapper 50 Cent Sees The Humorous Side Of The Kevin Hart Cheating And Extortion Scandal

“He stated that when he realized that his brother is not ready to settle him, he contracted one Kenneth who is now on the run and they both bought two cutlasses, sharpened it to the edges and headed to his deceased elder brother’s house in Ijako.

“On getting there, they met the deceased eating with his wife and before he can utter a word, they descended heavily on them with the sharp cutlasses and hacked them to death.

“The two corpses have been taken to the general hospital Otta mortuary for post mortem examination. The Commissioner of Police, Ahmed Iliyasu, has directed that the suspect be transferred to the Homicide section of the State Criminal Investigation and Intelligence Department for discreet investigation.”