Man Dangled His Own Baby From 15th Floor Window And Wrote On Facebook ‘1,000 likes or I’ll drop him’ — Jailed For 2 Years 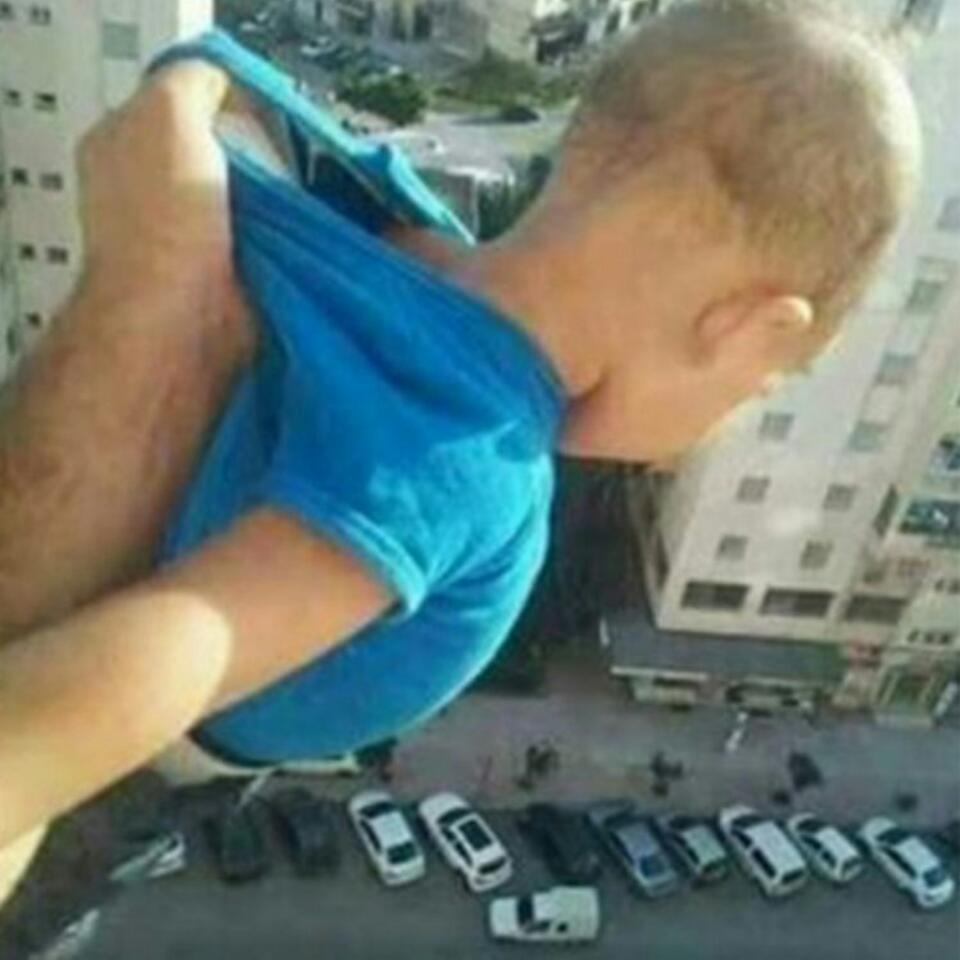 Man Dangled His Own Baby From 15th Floor Window And Wrote On Facebook ‘1,000 likes or I’ll drop him’

Things are really happening oh! One man dangled his own baby from 15th floor window and wrote on Facebook ‘1,000 likes or I’ll drop him’. This came along with a picture of himself holding the baby from a high-rise building with the vile dad gripping on to just the child’s clothing.

A number of social media users immediately contacted the police and demanded he was arrested for child abuse.

According to Al Arabiya, the police later arrested the man in Algeria and charged him with endangering the baby’s safety. The unnamed man was reportedly jailed for two years. However, he denied that he put the baby at risk, claiming that social media users had altered the photograph. He said:

READ ALSO:   Shocking: Dying 12-Year-Old Ghanaian Boy Has Confessed On Sick Bed That He Is A Wizard

‘The picture was taken in a balcony with protective barriers. These were removed.’

It’s gathered that the child’s father pleaded with the courts, insisting the man had ‘just been playing a game’.

The judge stated that the image is clear and that the man put the child in danger.

Man Dangled Baby Over Balcony And Told Facebook: ‘1,000 likes or I’ll drop him’

Beyonce Twins Latest: The "minor issue" Has Been Revealed — Find Out!

Nas Has Announced That Mobb Deep's Prodigy Has Died Aged 42