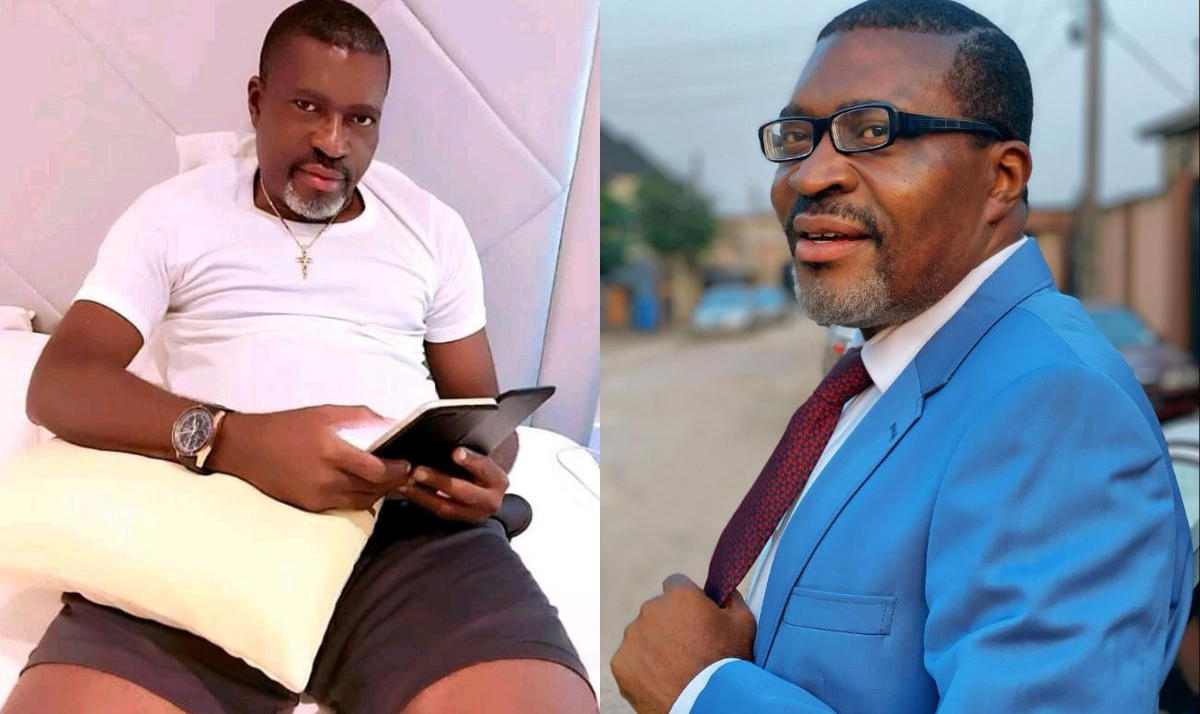 A lot of people believe that demons are responsible for the negative aspects of their life. They do not hesitate to go to churches for deliverance sessions. Sometimes, they are told by these pastors that relatives, friends and their “village people” are the ones spiritually attacking them.

However, in an Instagram post, Kanayo O. Kanayo appeared to disagree with this as he stated that most times, it is just simply FLAWED CHARACTER. The veteran Nollywood actor wrote:

“Many times we pray, fast and bind demons that don’t exist, when our real demons are just our greatly FLAWED CHARACTER. Character is EVERYTHING. It is destiny”.

officialjayden_1: “This message should be preached as a sermon… Wisdom .unequivocally true 👍”.

ohimaianderson: “I don’t think I would agree with u Mr KOK, Demons exist and u disputing that fact is saying that the holy book is false. Thank u Mr KOK”.

READ ALSO:   Underboob Eruption: Christina Milan Caused Chaos When She Bared Her Cleavage In A Racy Cut Out Frock At The Kong: Skull Island Premiere

andrewonazi: “@kanayo.o.kanayo Odogwu,Boss himself. Undoubtedly true. Oga, some of us just need an opportunity, a chance to blossom. Wise words,Sir”.

princec.r.k: “Character adjustment answers 90% of our prayers.. But that doesn’t mean that Demons doesn’t exist,infact they are demons behind some character flaws..God bless you for your write up Sir”.

officialgentlejude: “Wetin pastors do una for this country make all of una just gerrout every body just try as hard as possible to oppress any one he or she can what a useless nation with wicked citizens”.

READ ALSO:   Talented Ghanaian Actor Prince David Osei Reveals How His Friend Tried To Poison Him Out Of Jealousy, "It Was The Waiter Who Saw It And Called Me Out"

Hours later, Kanayo appeared to react to the comments while standing firm on his earlier post. The thespian wrote:

“There is no amount of spiritual penance that can substitute for CHARACTER. Sometimes you need character NOT PRAYER. Go to church BUT PLEASE be of good character. Happy Sunday, enjoy a productive week ahead”.