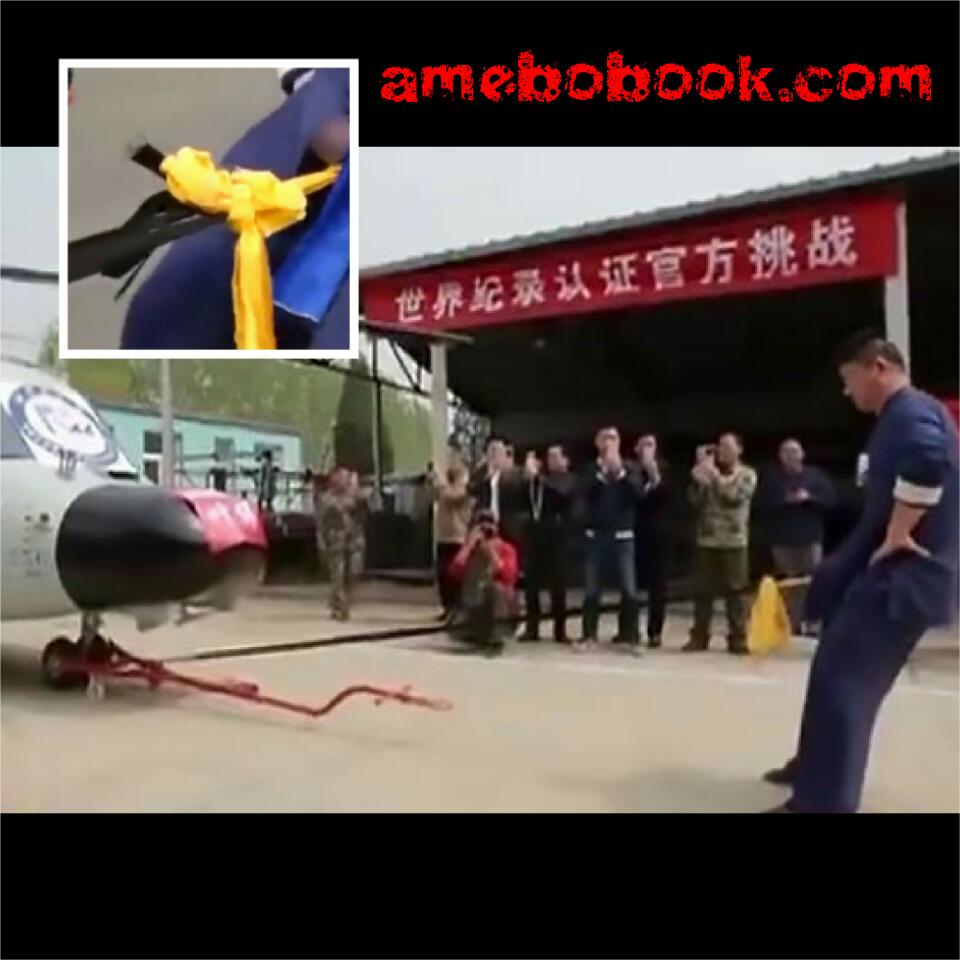 Things are really happening ooh! The world has been left stunned after a martial arts expert pulled a helicopter 10 metres with his manhood. The man has been identified as Ye Hongwei but goes by the stage name “Ye Wei”, from the city of Zibo in East China’s Shandong Province.

Ye Hongwei who has been practicing “zen tai chi” for over 30 years, surprised several hundreds of people as well as official adjudicators this week in Fangshan District in Chinese capital Beijing, when the kung fu master towed the heavy military helicopter by a rope tied around his genitals.

Initially, Ye Wei stuttered as he was unable to gather the momentum needed to get the aircraft’s wheels rolling on the tarmac outside the hangar. However, summoning his inner strength, the kung fu master successfully drags the helicopter over 10 metres beating his intended target of 8 metres. Ye Hongwei who has also towed seven Audis for eight metres using his genitals, said:

“I don’t know why I struggled in the beginning. I felt a bit nervous and unsure.

“But I mustered up the energy needed and started the helicopter moving.”

“I will continue practicing so I can break new records in the future.”