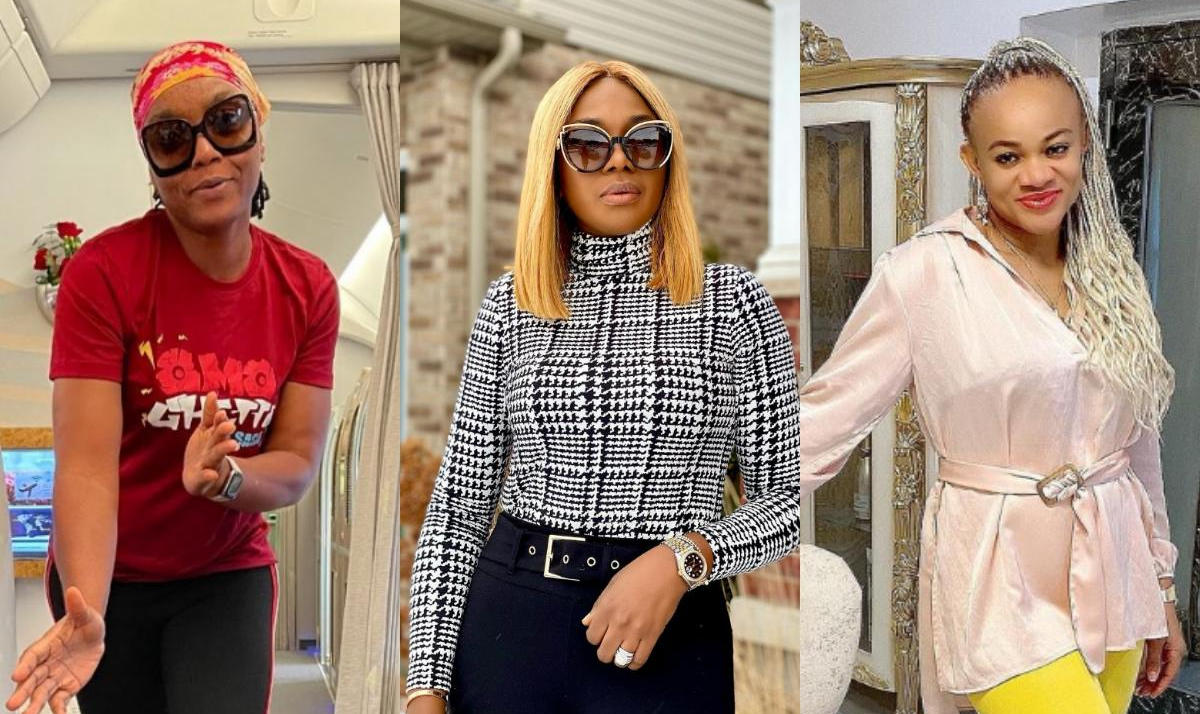 Omoni Oboli shared a video showing her sitting pretty while getting ready to feast on a variety of mouth-watering delicacies.

According to Oboli, she used to eat in her room but is now “obsessed” with her new dining set.

In the video, the actress noted the sweet aroma of the firewood jollof rice which most likely would have made one of her besties, Chioma Akpotha drool.

Meanwhile, Chioma had called Omoni on the phone but she did not disclose that she was about to devour several bowls of food including rice and turkey.

While reacting in the comment section of the post, Akpotha jokingly stated that she wishes her friend’s nails would break while opening the bowls of food.

Even Uche Nnanna-Maduka was not happy that Omoni Oboli came into the country and did not inform her.

Peep their reaction below.

Chioma Akpotha: “You see the type of friend you are??? I just got of the phone with you and you could not even say “Oh Chioma there is turkey and rice o, should I send to you?” In shirt may your nails break when next you are opening those bowls 😡”.

READ ALSO:   Life Is About Being Real, Humble And Kind — Princess Shyngle

Mercy Johnson Brags About Being Able To Speak 7 Different Languages Fluently As She And Husband, Prince Odi Okojie Enjoy Romantic Moment Together