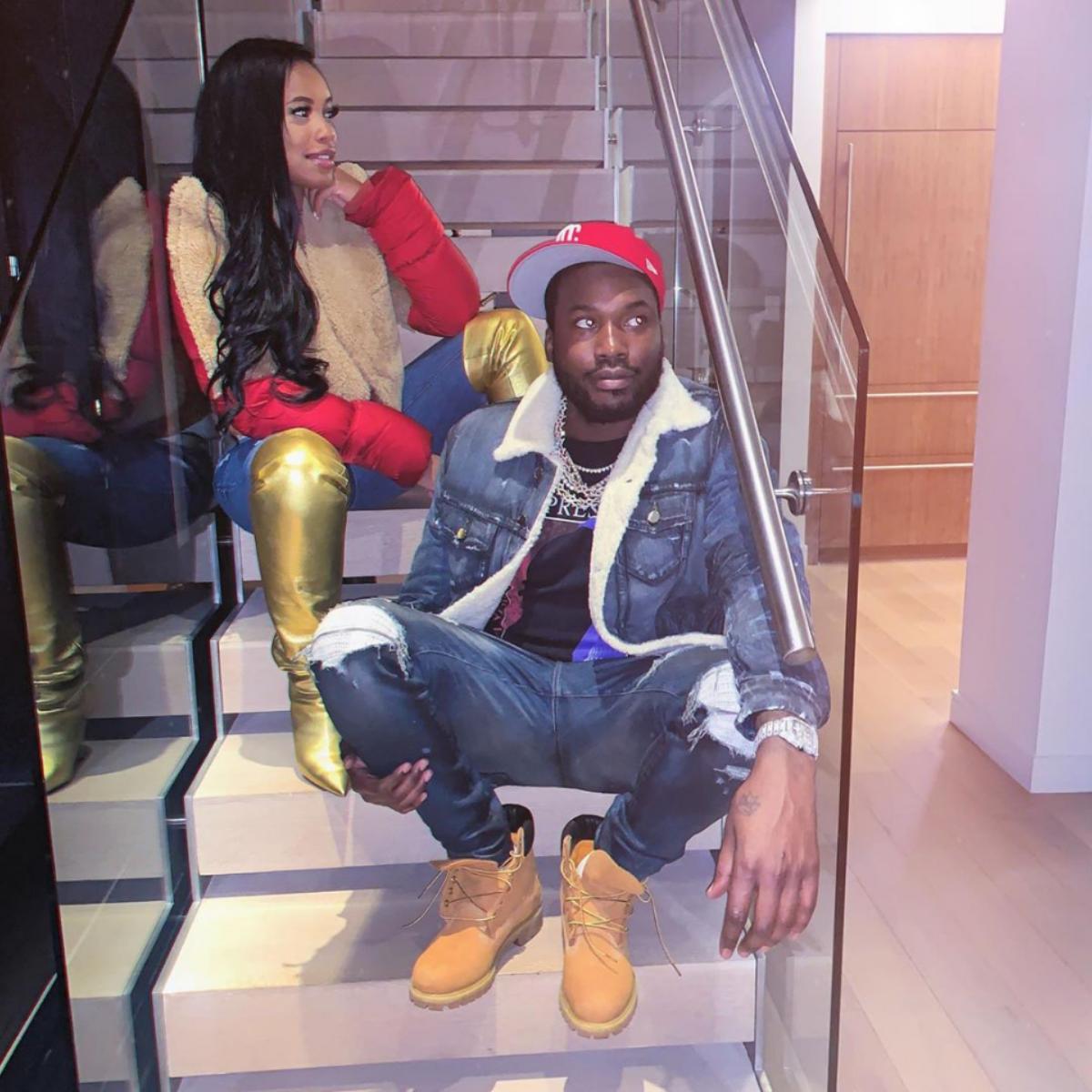 It’s double celebrations for Robert Rihmeek Williams popularly known as Meek Mill as he celebrates his 33rd birthday. The rapper also announced that he and Milan Harris welcomed their first child together on the same day. He described the arrival of the little one as the “best gift.”

“Milano dropped me off a king on my birthday!” Mill wrote on Twitter, adding the hashtag, “the best gift.”

Not long after, the “Going Bad” rapper added in another tweet, “Thanks for all the birthday love.”

READ ALSO:   Don’t Let The Skinny Jeans Fool Ya, I be ómó Ogun — Olamide Says As He Unleashes New Photo

Meanwhile, Milan penned a birthday message for Meek on Instagram. She wrote;

“Happy Birthday Love @meekmill. I hope this year is filled with more blessings, lots of love, peace & prosperity. I’m beyond proud of the man you’ve become. You motivate and inspire me in so many ways”.

Mill first addressed Harris’ pregnancy in February although she had previously done so back in December.

“Im a creative, so I didn’t want to announce my pregnancy to the world or even to my family with just a photo of my baby bump. I wanted to create a moment that I could cherish and remember forever,” Harris said in an Instagram post after the announcement, which was made at one of her fashion shows.

“We planned this show in 6 weeks and I have to say this was the hardest show we’ve planned to date but all in all I’m so happy with the turn out,” she explained. “Being surrounded by my family, friends, team members, customers and supporters meant so much to me and seeing y’all enjoy the show that we worked so hard on and your reaction to the poets, Ballerina’s, the video of my journey and the reveal of my pregnancy was priceless.”

I sit here and wonder who in the world you’ll turn out to be. I just pray that you’ll be healthy, happy, honorable and kindhearted. I cannot wait to meet you 👶🏽❤️ (no the baby isn’t due yet, I’m just at a doctors appt)

For The First Time In 10 Years, I Will Spend My Birthday With Wife And Kids - Bolanle Ninalowo Says As He Hits 40