“Insensitive” Michelle Obama Compares Trump To Divorced Dad And America To Broken Family, Gets Called Out 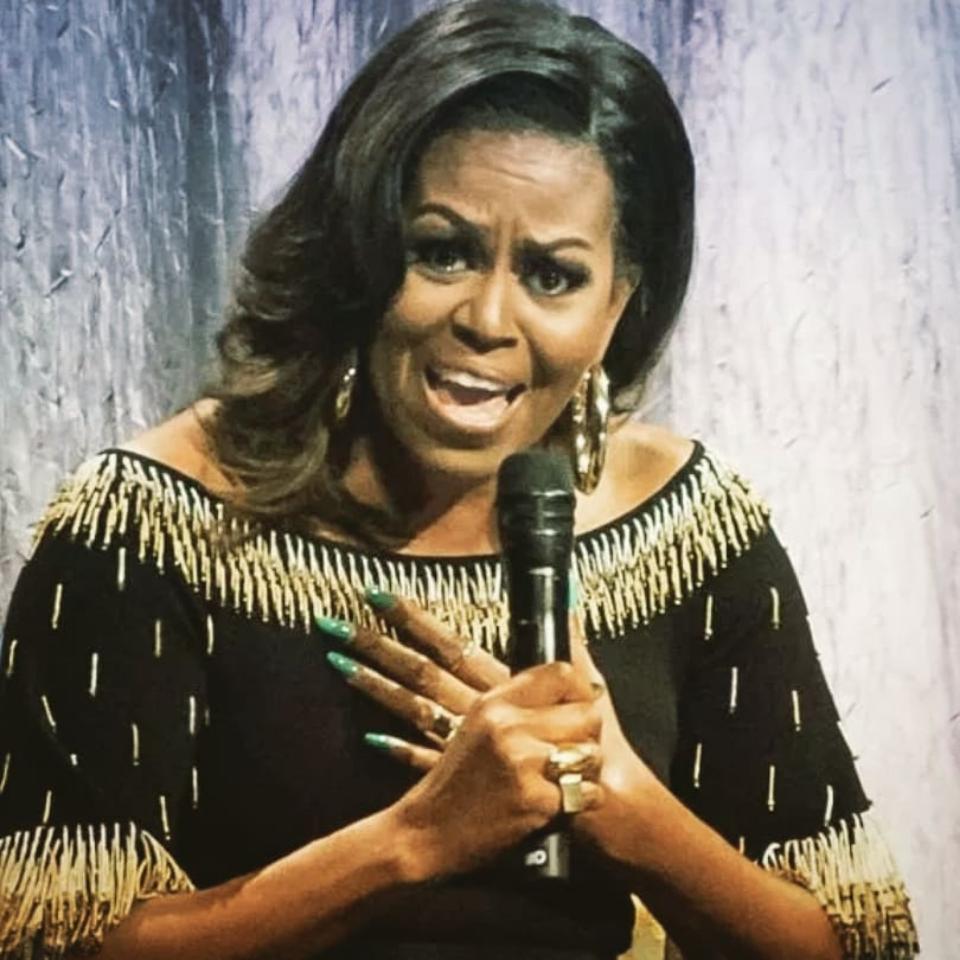 Michelle Obama has been called out after she compared the election of Trump to America as being under the care a divorced dad. The former first lady used the metaphorical comparison again adding America was like a broken family. She had been trying to explain America’s decision to elect the controversial Republican president in 2016 when she made the uncharacteristically snide comments.

However, things went ugly for Michelle while joking to the evening’s host Stephen Colbert. Single father’s weren’t impressed by Obama’s statement dubbing the words ‘insensitive and offensive’ and this was made clear on Twitter. She said:

‘We [America] come from a broken family, we are a little unsettled. Sometimes you spend the weekend with divorced dad. That feels like fun but then you get sick. That is what America is going through. We are living with divorced dad.’

Here is Michelle Obama comparing Trump to a “divorced dad” on stage in London last night and Stephen Colbert even doing a hilarious apparent impression of the president @MichelleObama @L8ShowColbert #iambecoming pic.twitter.com/F3OgggWpVW

Read some tweets below from angry single fathers.