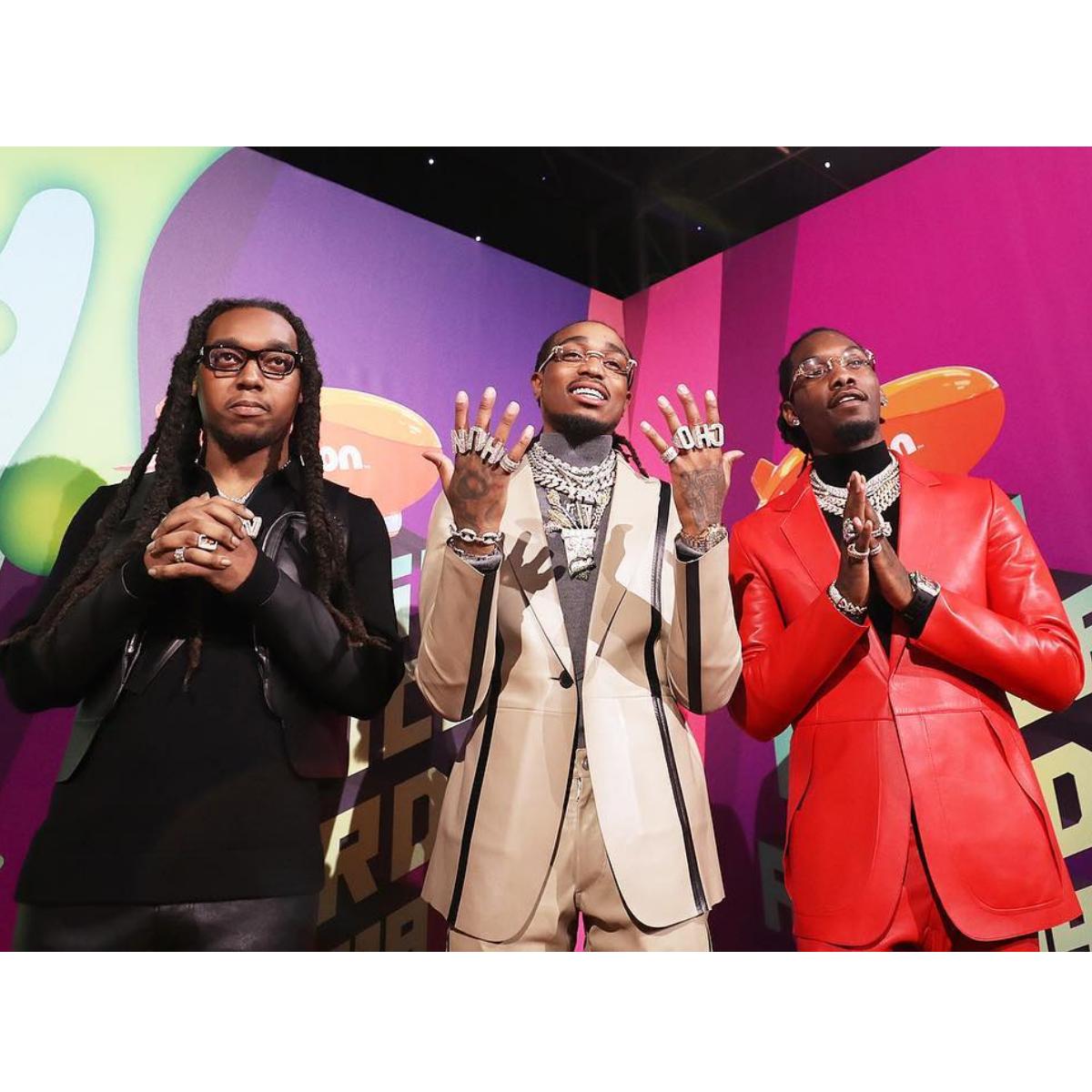 Moneybagg Yo has dropped the visual for his single “Drais,” a track inspired by the famed Las Vegas nightclub that’s a favorite among celebrities Migos recently performed at the Drai’s club in Sin City but before the rap group hit the stage, they were gifted with custom-designed Rykers, three-wheel motorcycles that they’ve been working on with the Can-Am Rykers team. It’s understood each Migos member put his personality into the design of their bike.

Takeoff said, “We’re the kings of hip-hop so I had to get purple, the color of royalty.” Quavowas inspired by luxury vehicles, stating, “I wanted to have something sporty so I got bright orange like a McLaren.” Meanwhile, Offset wanted to stick with his garage’s color pattern and went with what resembled his other rides. “I have a whole fleet of cars in ice blue so I got the Ryker to match,” the Father of 4 artist said.

READ ALSO:   Last Time I Seen My Daddy Was In My Baby Photo - Offset Reveals

If you recall, back in March, Quavo was hyped to share that the Atlanta group had partnered with Can-Am. “The Ryker is hard, that’s why we’re excited to team up with them,” Quavo shared in a press release. “Can’t wait to get one of my own. Skrrt Skrrt!”

Latest News In USA: Georgia Boy Chooses To Wear 'I Will Be Your Friend’ Shirt For First Day Of Elementary School

Entertainment News Today Headlines: Offset Fans Are Playfully Having The Time Of Their Life Roasting Him Over His “Small ASF” Hand Photo

Hip Hop News Latest: Offset Brags About Being “S**y Chocolate” + Needs To Know If He Should Buy These Must-Have Kicks