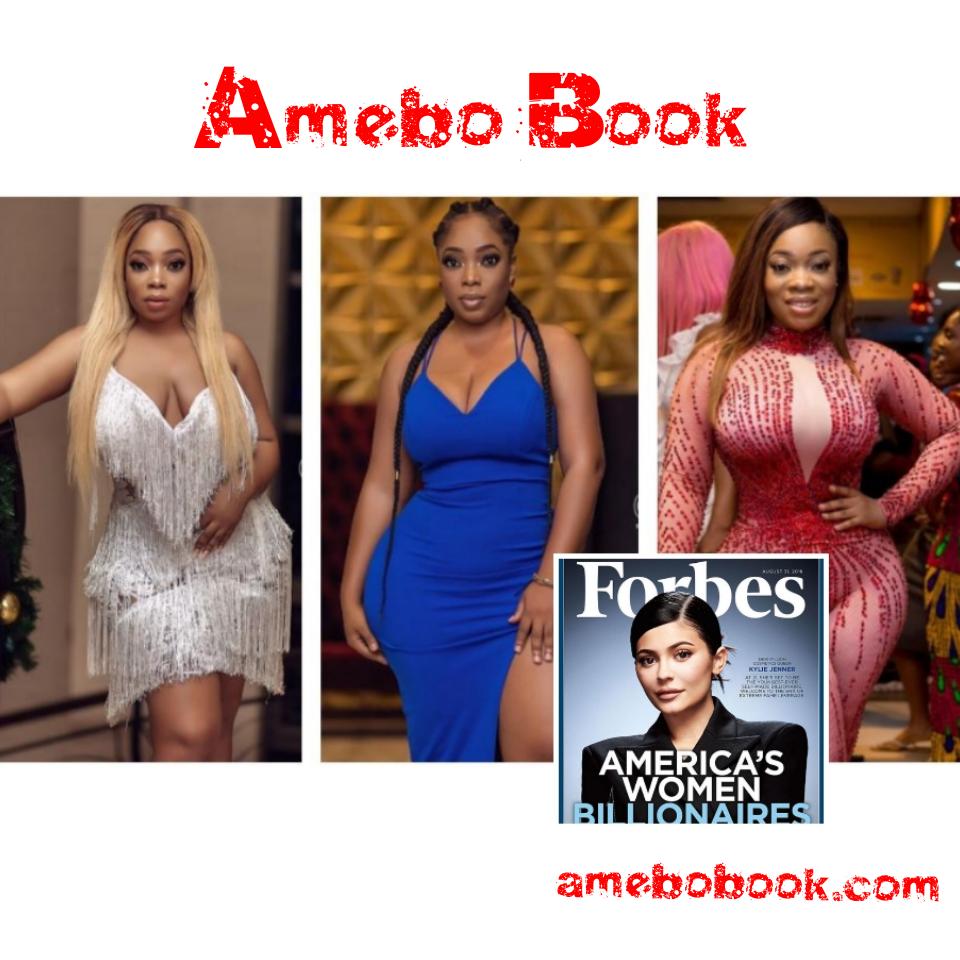 It’s no longer news that Kylie Jenner, 20, is the cover star and youngest woman on this year’s Forbes magazine 60 richest self-made women in America. The reality TV star is number 27 on the annual list. She made her $900m (£681m) in less than three years, according to the magazine. It’s understood her enormous wealth comes from her make-up company Kylie Cosmetics. So far, its sold more than $630m (£475m) worth of products. In fact, Forbes estimates the company is worth $800m (£600m). This hasn’t gone unnoticed by Ghanaian slay queen, Moesha Boduong who has vowed to use this as motivation to “be soo rich one day.”

Moesha Boduong has been accused of sleeping with several rich sugar daddies to pay her rent and other bills. This includes exotic trips around the world and skimpy clothing. As if to justify her butt enhancement, she told her 512k Instagram followers not to let the things people say bring them down while using Kylie Jenner being trolled for her lips done as tool. She wrote:

“She was always trolled for getting her lips done, bullied all the time .Dont let people’s words get to you .My inspiration I am going to be soo rich one day. amen”

Meanwhile, it’s well documented that Kylie doesn’t sleep with sugar daddies. There are even ‘loud whispers’ she pays for gifts and hands them over to whoever she dates to present to her as birthday gifts. In Boduong’s case, it’s the direct opposite. We’ve all seen her confession in an interview with CNN’s Christiane Amanpour.

Moesha feels a lot of people misunderstand her. She stressed this when she said, “Not everyone deserves to know the real you @let them criticize who they think U are”. The Ghanaian actress said this back in 2015 while sharing the nude photo below.

Other raunchy photos Moesha Boduong intends to use to ‘blow’.