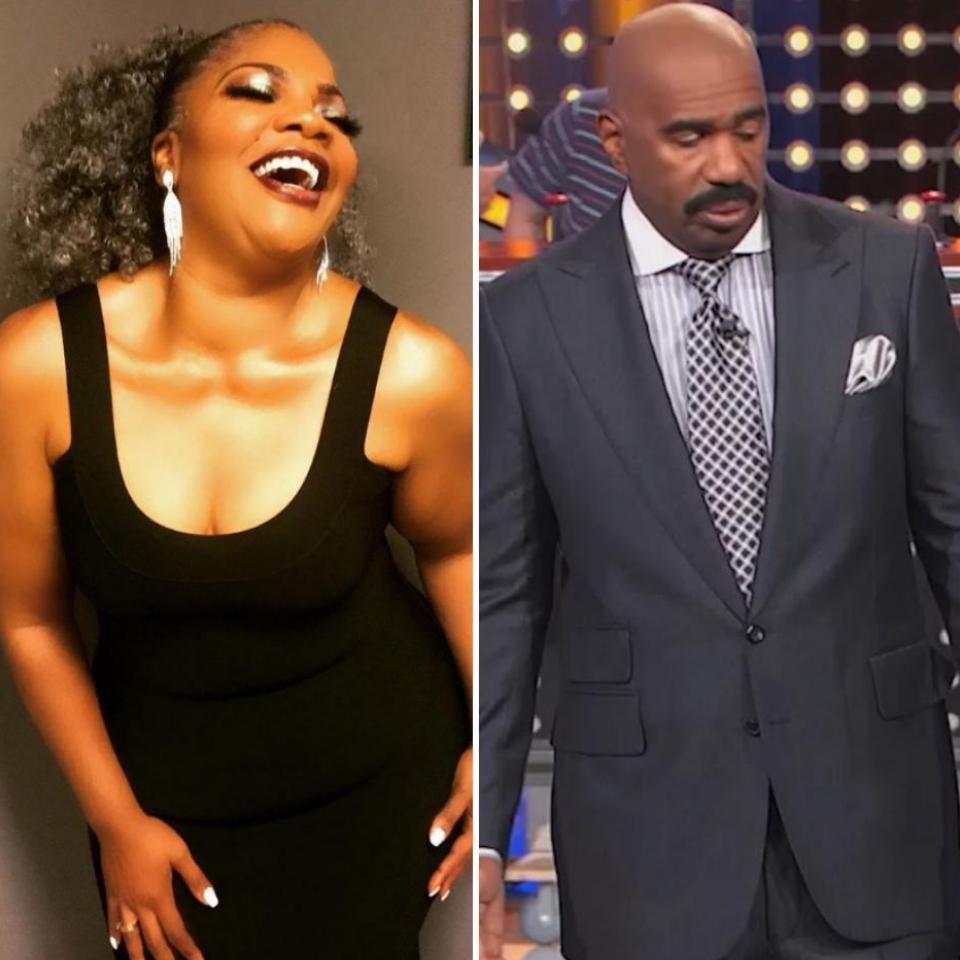 Steve Harvey, 62, isn’t enjoying his career so much at the moment. He recently lost his talk show spot to Kelly Clarkson and his ‘Little Big Shots’ hosting gig to Melissa McCarthy. Since then, Mo’Nique’s fans have been taunting him and celebrating his downfall. However, the comedienne wants them to stop.

The former host had chastised Mo’Nique when she appeared on the Steve Harvey show while she was defending her decision to stand up for what she believed in. This was after the ignominious failure in which she asked black people to boycott Netflix due to their lowball offer for a comedy special. Harvey tried explaining to Mo’Nique that ‘this is a money game’ and insinuated that she should stop her fight for equality before she completely loses out. He then explained his priorities.

All this while, Mo’Nique sat unimpressed as Harvey continued.

READ ALSO:   "Filming With Nino B Is Like Falling In Love With Ice Cream All Over Again" — Kehinde Bankole Says

Black Twitter roasted Steve Harvey for being a ‘coon’ and a ‘sell out’. They think his recent cancellations is punishment for treating his colleague so badly.

However, Mo’Nique has called on her fans cut him some slack. She said;

‘We do not celebrate what appears to be someone else’s demise. We do not stand and applaud and say ‘Yeah, look what’s happening,’ ‘That’s what you get.’ That’s not where we’re coming from. That’s not a stance we’ve ever taken. So what I would ask y’all to do…we gotta love our folks through it.’

READ ALSO:   Rihanna Recognizes Kid Dancers From Ikorodu, Lagos State After They Sent Thanks And Love To Her For Celebrating Being First Woman To Cross 2 Billion Worldwide Streams On Apple Music With A Video Of Them

Amebo Book readers, what do you think of Monique’s comments? Share your thoughts with us.

LOL! Watch Texas FedEx Driver Chased Back Into His Van By Dogs, Learns How To "Dance" While At It

Headlines Today Breaking News: Tyler The Creator Celebrates Resignation Of U.K. Prime Minister, Theresa May, After She Banned Him