“My Head Became So Big!” — Ed Sheeran Reveals His Joy In Discovering Beyonce Was A Huge Fan After Watching Him Perform On TV Show 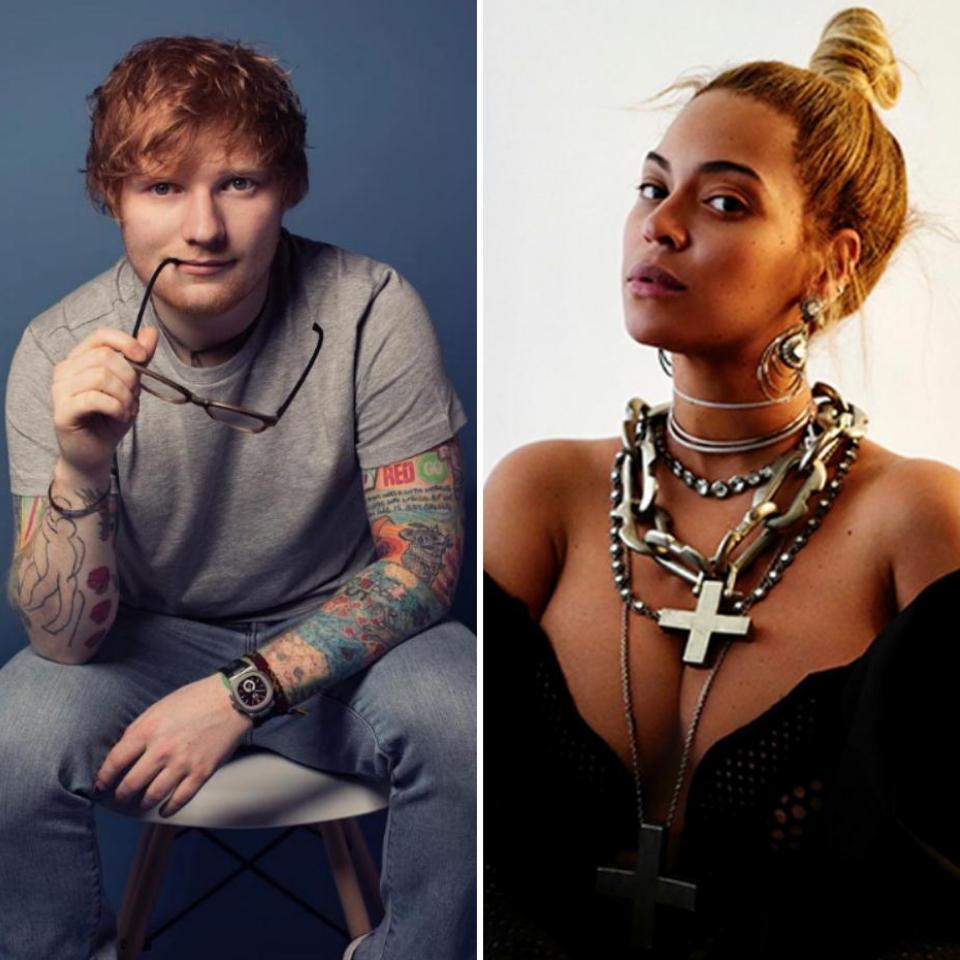 Ed Sheeran Reveals His Joy In Discovering Beyonce Was A Huge Fan After Watching Him Perform On TV Show, Says “My Head Became So Big!”

Jools Holland has revealed that Beyonce, 36, was so impressed after watching Perfect partner, Ed Sheeran, 26, perform on Jools’ Annual Hotenanny in 2014. The songwriter so nailed Stevie Wonder’s Master Blaster for the popular New Year musical show, that Beyonce called Sheeran after watching the performance on YouTube. The result of that call, became the winning collaboration which eventually became Christmas number one, Perfect. Anyway, Jools recently spoke to Event Magazine, and said Ed Sheeran was so excited in discovering Beyonce was a huge fan and had watched him perform. He added:

‘I can’t believe Beyoncé has seen me on YouTube. She said to Ed, “I saw you on Jools.” My head became so big I could hardly get out the door.’

It’s understood Ed Sheeran had initially played Perfect to Beyonce on his guitar, prior to the release of his latest album ‘÷’. The Crazy in Love hitmaker immediately fell in love with it and this led to them hitting the studio together to record the duet.

READ ALSO:   "My Fears Are Gone And My Worries Are Buried" - Reality TV Personality/Actress Nengi Says As She Celebrates 23rd Birthday

Revealed: Ed Sheeran Reveals His Joy In Discovering Beyonce Was A Huge Fan After Watching Him Perform On TV Show