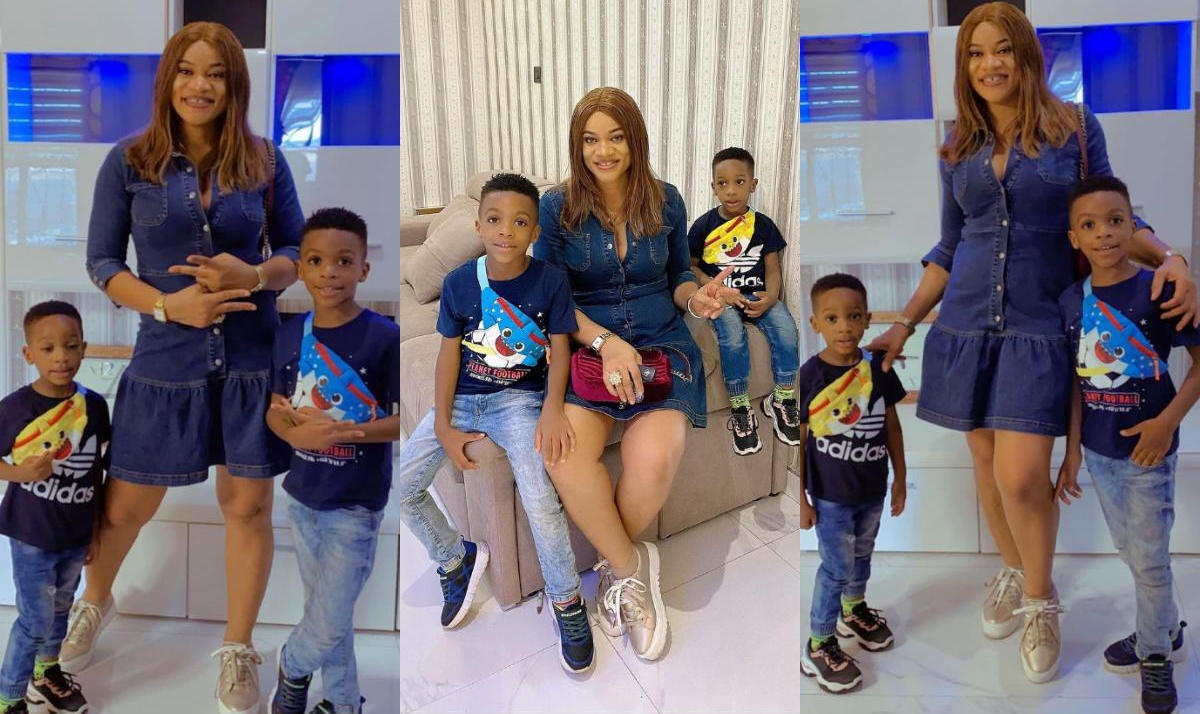 Uchenna Nnanna-Maduka has disclosed that her sons, Kamsiyochukwu and Kenechukwu put up a different attitude when told they will go for an outing. The popular Nollywood actress states that they become “immediately” obedient when promised they will be going out.

If you recall, Nosa Rex celebrated his daughter, Audrey on her 5th birthday. He had a bash for the girl with some of his Nollywood celebs colleagues in attendance with their families.

One of those who showed up was Uchenna Nnanna-Maduka and her boys. They were seen looking really cute in their casual outfits.

READ ALSO:   Guy Tells Nollywood Actor Charles Okocha's Daughter They Will Make Kids Together And Their Son Will Look Like The Movie Star

"Stop Lying, What's Making You Depressed" - Regina Daniels' Mother Asks Her While Expressing Concern Over Her